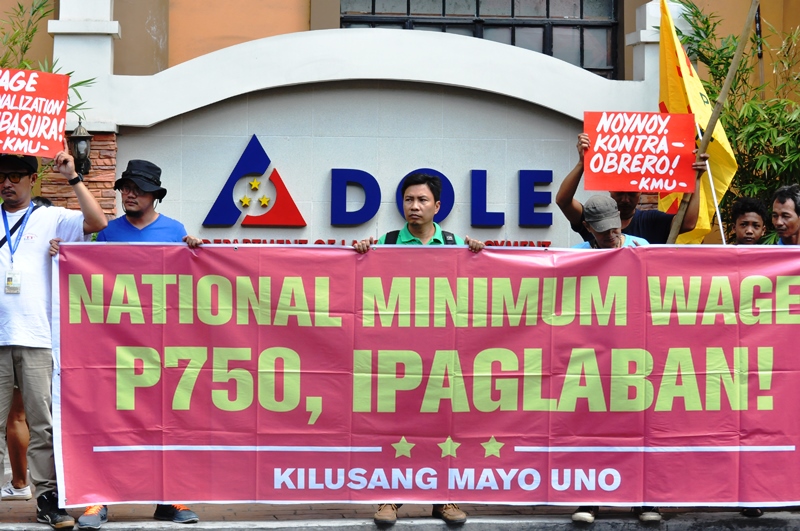 MANILA – President Aquino is going down in history as the president who promised in his inauguration that his constituents can dream again, yet spent his entire term pressing the workers’ wages further down to “pitiful levels.” This is the message discussed by workers in a picket protest before the main office of the Labor Department in Manila today, April 21. Led by national labor center Kilusang Mayo Uno (KMU), they took the Aquino administration to task for what it described as “fierce attacks” on workers’ minimum and living wages. 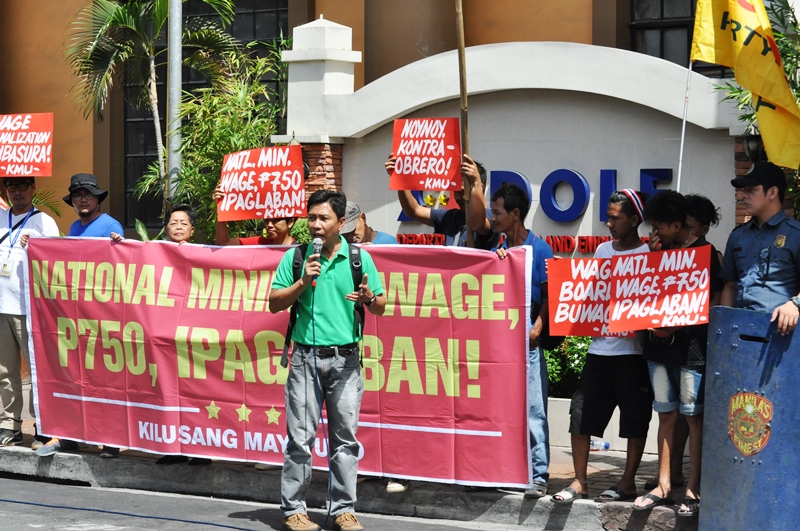 Further eroding the minimum wage is the Aquino government’s implementation of two-tier wage system. Adonis said the Aquino government changed in this system the measure of what is considered legally mandated wage — from being measured in comparison to an agreed standard of living to an arbitrarily pegged “poverty threshold” set by the government.

“The erosion and further pressing down of the minimum wage is one of the clearest proofs of the sorry condition of Filipino workers,” Adonis said, adding that all these show the workers need a National Minimum Wage in the amount of P750 ($16) daily. 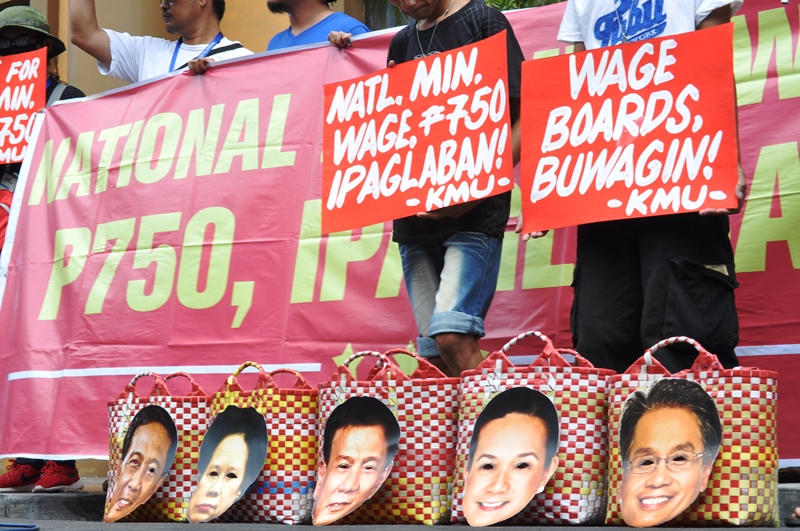 As national candidates scramble to woe voters, the picketing workers dared the presidential candidates in particular to publicly state their stand on the workers’ call for P750 ($16) national minimum wage.

The workers brought pictures of the candidates’ faces inside baskets typically used when people buy groceries or go to the wet market.

“It seems that workers have very limited choices in the current crop of presidentiables, in the same way that we can only put a limited amount of goods in our baskets,” Adonis said.

Still, they persisted in issuing the challenge to the presidentiables on the workers’ P750 ($16) national minimum wage demand.