Palparan to be arraigned for abduction, torture of farmer 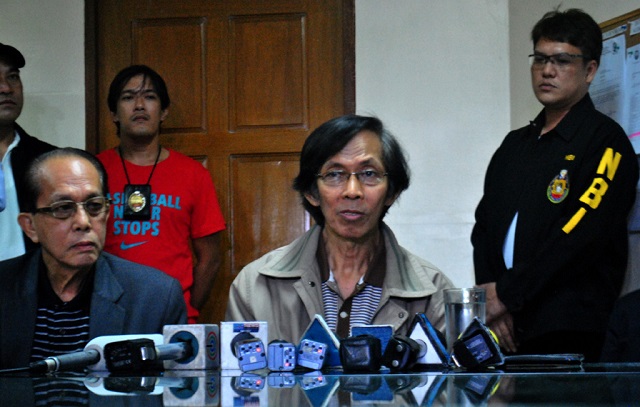 MANILA – Retired Maj. Gen. Jovito Palparan is set for arraignment on May 31 for the abduction and torture of farmer Raymond Manalo.

“The long arm of the law, tardy as it may be, has caught up with him,” National Union of Peoples’ Lawyers secretary general Edre Olalia said in a statement.

Manalo was abducted, along with his brother Reynaldo, on Feb. 14, 2006 in San Ildefonso, Bulacan. Both were detained and tortured in various military camps in Bulacan province for 18 months. In 2008, Manalo filed the complaint before the Office of the Ombudsman, which came out with a resolution to indict Palparan only early this year.

Manalo’s harrowing eyewitness account of his torture and detention served as basis for the filing of kidnapping and serious illegal detention charges in relation to the enforced disappearance of the two disappeared University of the Philippines students, Sherlyn Cadapan and Karen Empeño.

Meanwhile, the Court of Appeals denied in an April 15 decision, the petition for certiorari on the ruling allowing the transfer of Palparan to the Philippine Army Custodial Center. The petition was filed by the Cadapan and Empeño families through their lawyers from the NUPL.

The CA said it found “no patent and gross act amounting to a capricious exercise of judgment” and that the orders to have Palparan transferred to a military camp “were issued with legal and factual basis, and carried out with a practical consideration.”

After Palparan’s arrest, he filed a motion before the Bulacan Regional Trial Court Branch 14, who then had jurisdiction over the case, to transfer him to the PACC, citing threats to his life while in detention at the Bulacan Provincial Jail. Judge Teodora Gonzales favored the general’s petition in a Sept. 15, 2014 decision despite counter-arguments from the lawyers of the victims of the disappeared students.

Olalia said, “Private prosecutors had fought tooth and nail against this abomination but the orchestrated full force of the State was unleashed to legally bless this sordid babysitting and pampering.”

The trial for the kidnapping and serious illegal detention charges is set to continue on June 16.