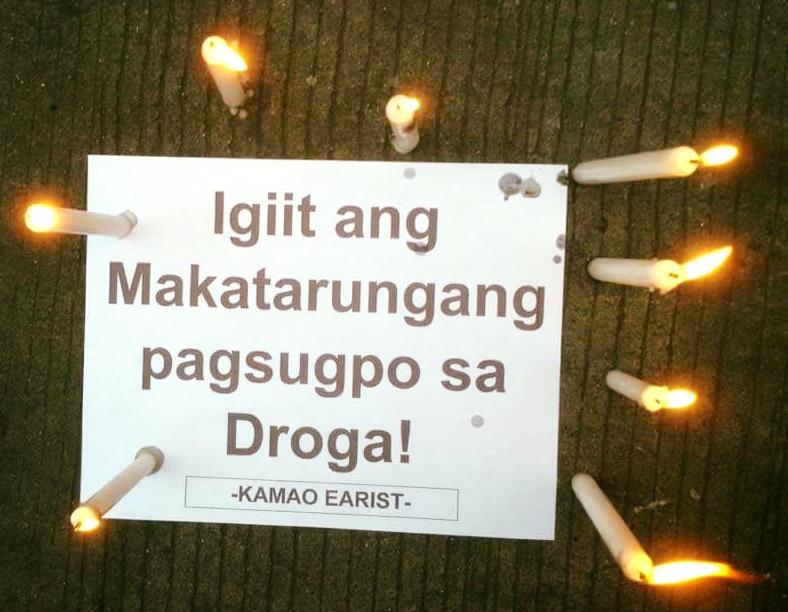 Kaibigan Foundation said Jefferson Bunuan wanted to become a policeman, to give justice for his father who was killed; he was also a volunteer of Lambat Sibat, a Philippine National Police crime prevention program.

MANILA – As the government’s “war on drugs” continues to pile up bodies of drug suspects, various groups lambasted police operations, which, they said, do not spare innocent lives.

In a candle-lighting gathering in front of the Eulogio ‘Amang’ Rodriguez Institute of Science and Technology (Earist) on July 20, students expressed indignation over the death of their school mate, Jefferson Bunuan, 20, a criminology student who was killed with two others in a buy-bust operation in Sta. Ana, Manila on July 18. 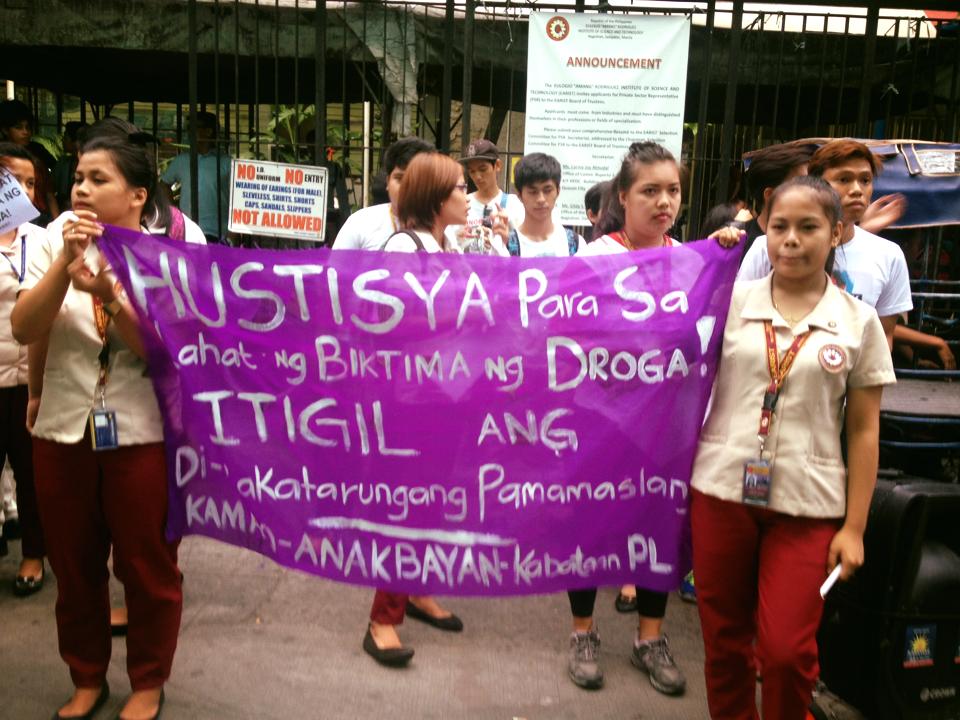 The Katipunan ng Mag-aaral at Organisasyon (Kamao-Earist) urged President Rodrigo Duterte to act to stop the “unjust and senseless killings.”
“Pursue a just anti-drug campaign, resolve poverty as root cause of drug addiction and go after big drug syndicates in the country,” the student group said. 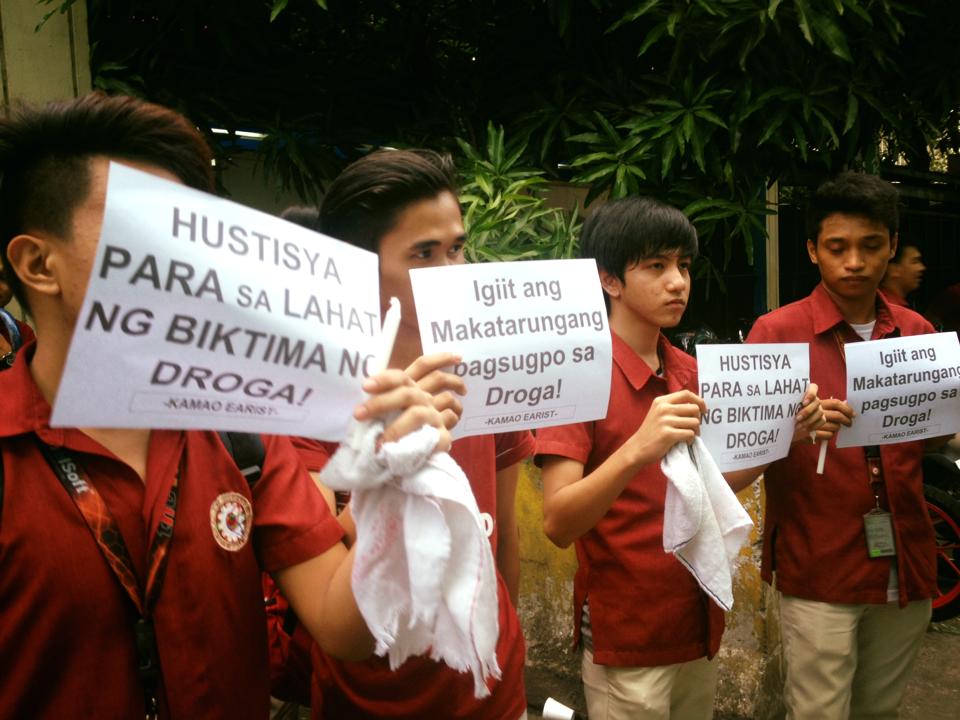 Killed with Bunuan were his cousin, Mark Anthony Bunuan, 18, and Jomar “Totong” Manaois, 20.

The Kaibigan Ermita Outreach Foundation Inc. (Keofi), a non-government organization, also condemned the killing of Bunuan, whom they had sponsored as a scholar for the past 11 years. They called on police to investigate “this unjust killing of innocent people.”

In their official Facebook account, Kaibigan Foundation called on police to “stop extra judicial killing and to follow due process and fair hearing on imposing anti-drug campaign.” 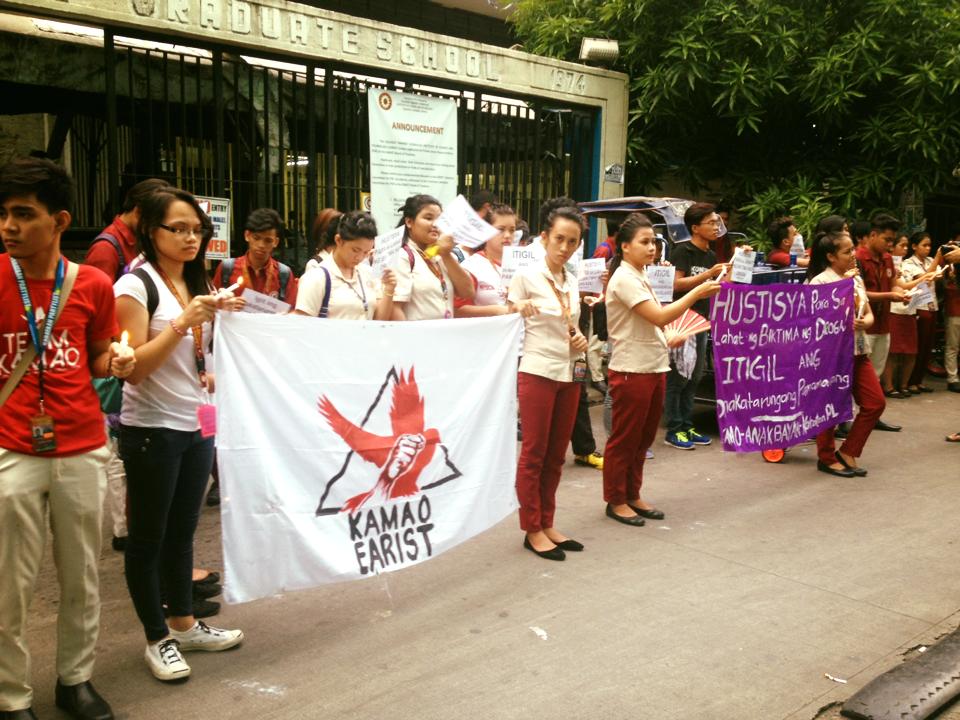 “According to Manila Police District Station 6 Chief Superintendent Robert Domingo, their main target was Jomar, but since Jefferson and Mark were there, they also shot them as they were suspected as Jomar’s ‘cohorts,’” the foundation said in their post. 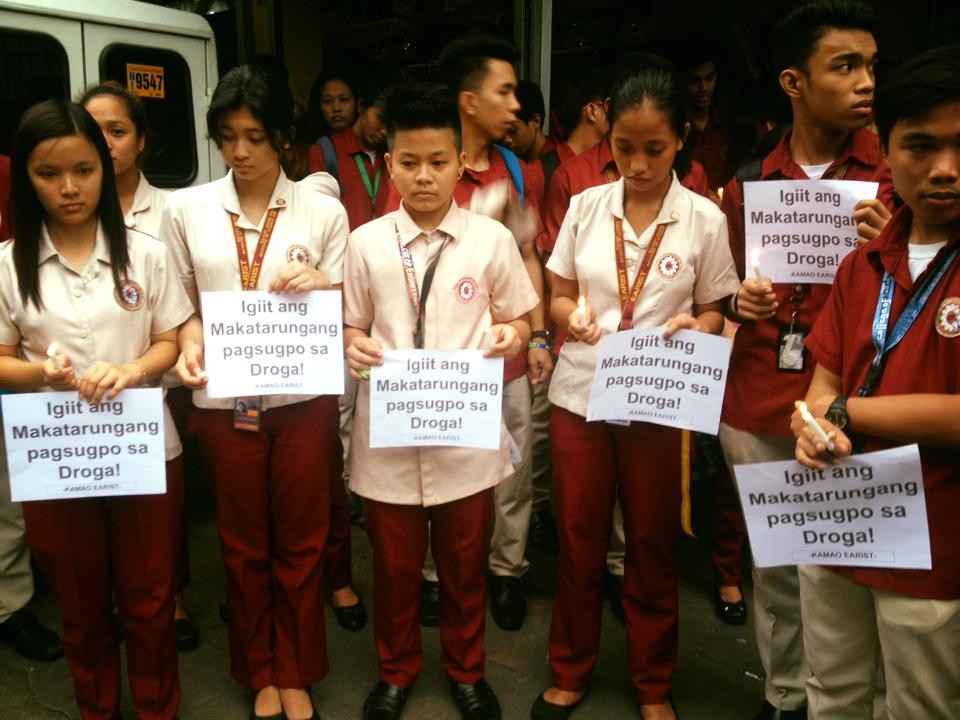 Kaibigan Foundation said Bunuan wanted to become a policeman, to give justice for his father who was killed. Bunuan was also a volunteer of Lambat Sibat, a Philippine National Police crime prevention program.

The post has gone viral in social media with more than 7,000 shares.