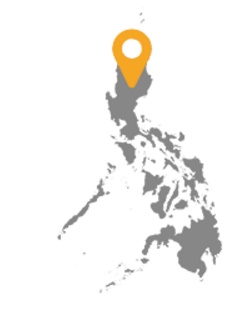 In a statement, Samahang Pangkarapatan ng Katutubong Magsasaka at Manggagawa Inc. (Sapakkmi) leader and Didipio village councilor Celia Bahag said that the workers came to her asking for help. The workers said Oceana Gold cited “unacceptable reasons” for their dismissal. One said he was dismissed just for having overtaken another truck while on the job hauling boulders for the company. The others said when they were dismissed, the company just told them it needs to lay off workers. But Oceana Gold is reportedly hiring more workers from other communities.

All of the workers fired are contractuals. They hail from Didipio and adjacent villages (barangays), where Oceana Gold and its contractors are supposed to get majority of its employees.

Bahag said “Many workers are complaining of the unfair treatment of the company towards its workers. Originally, they should hire more Nueva Vizcaya people because it’s what they promised us. But now, while they lay off most of our residents, they are hiring new ones from outside the province to replace them.”

She urged Labor Undersecretary Joel Maglunsod and President Duterte to look into this. She and the union warned that more workers may lose their jobs due to similar “unfair reasons.”

The other day (Oct 8), the mining host community and their supporters succeeded in conducting a protest rally in Nueva Vizcaya’s town of Kasibu against the operation of Oceana Gold. The protest is also the Filipinos’ contribution to the international day of protest action against Oceana Gold. The local rally wound its way from the Sitio Boulevard to the gates of Oceana Gold and they revealed the company’s violations to the community and their environment. They called for Oceana Gold’s immediate suspension as recommended by the DENR.