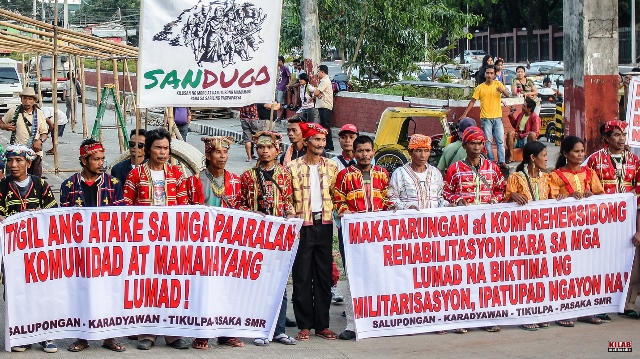 MANILA — The indigenous people or Lumad from Southern Mindanao arrived in Manila April 4 from a three-day Lakbayan. They are set to hold a vigil at the Department of Social Welfare and Development Central Office in Quezon City.

They traveled to the capital to demand a stop to the military air-strikes and operations pounding their communities. The Armed Forces of the Philippines’ Army has increasingly resorted to air strikes following its announcement of an all-out war on February. However, the communities it has been bombing and “clearing” are homes to civilian peasants and indigenous peoples. 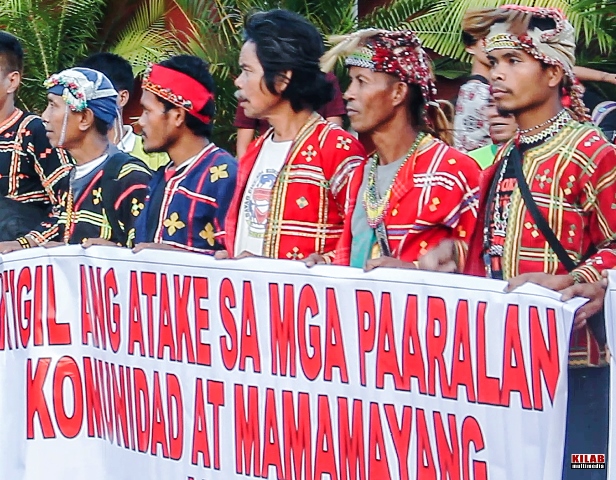 On April 1 the human rights group Karapatan gave to the Philippine peace panel headed by Silvestre Bello III a report on human rights violations arising from the military operations. It documented incidents that occurred even during the period of the Government of the Republic of the Philippines’ (GRP) unilateral ceasefire, from August 21, 2016, to February 3, 2017, and after the GRP lifted its unilateral ceasefire and declared all-out war versus the New People’s Army from February 4.

Instead of militarization, the Lumad urged the Philippine government and the rebel group to sign a comprehensive peace agreement sooner than later. They also demanded a relief and rehabilitation program to help their communities rise from disasters like typhoons, drought and military air strikes and operations.