Peasants use art to highlight demands 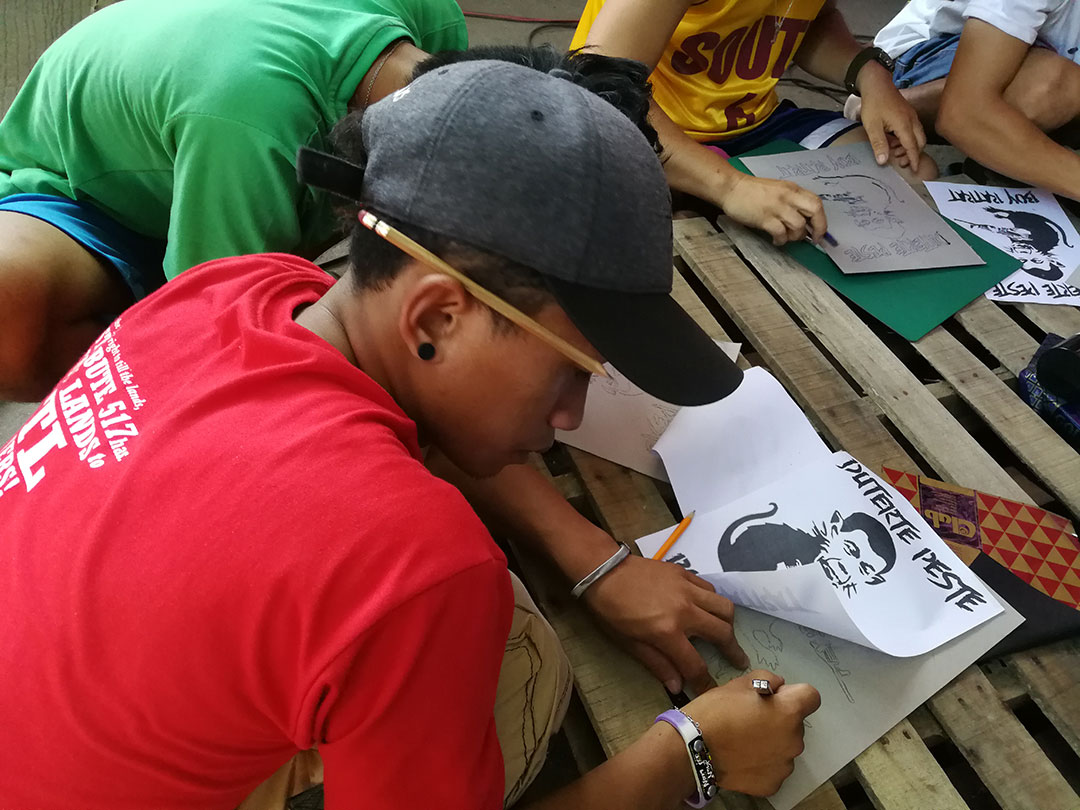 MANILA — Youth farmers from Bukidnon, Mindanao were not holding farming tools but were preoccupied with meticulously cutting stencil cardboards, Oct. 22.

The president was depicted as a pest that ruins farmers’ lives. Other illustrations presented him as “Boy Ratrat”, a rat holding a rifle and “Bomba King”, a snail with a bomb as his shell – depicting the killings of farmers around the country, with victims now numbering to 91. 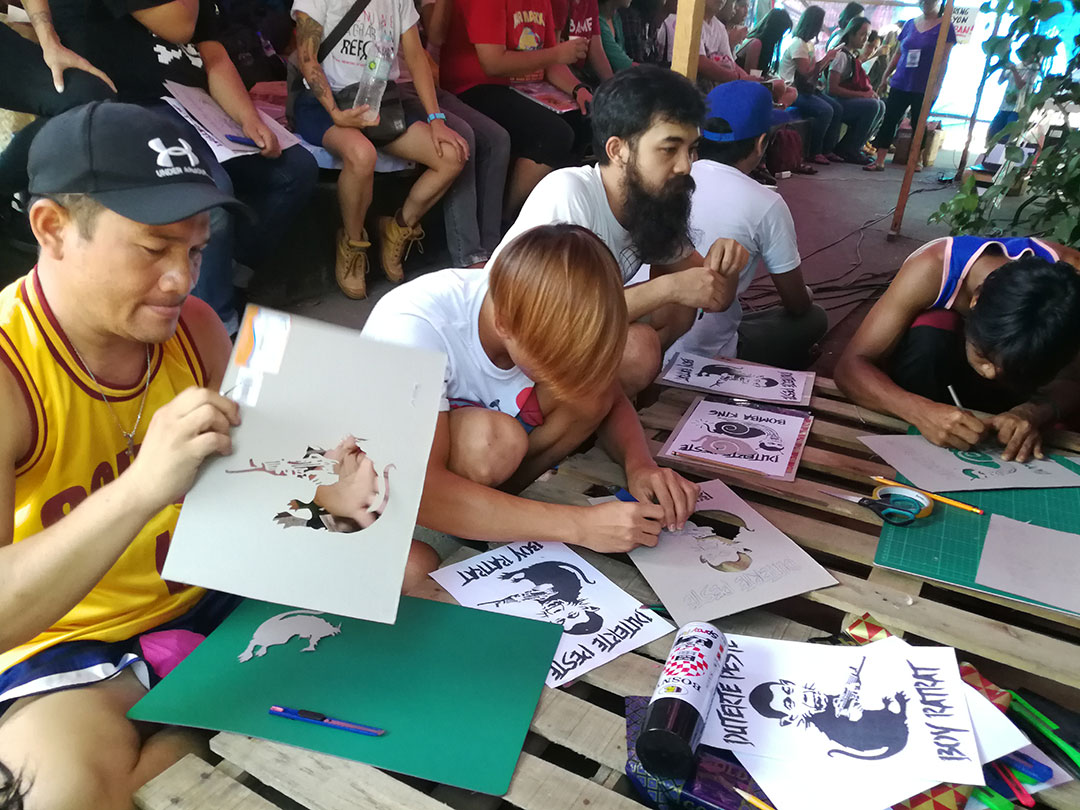 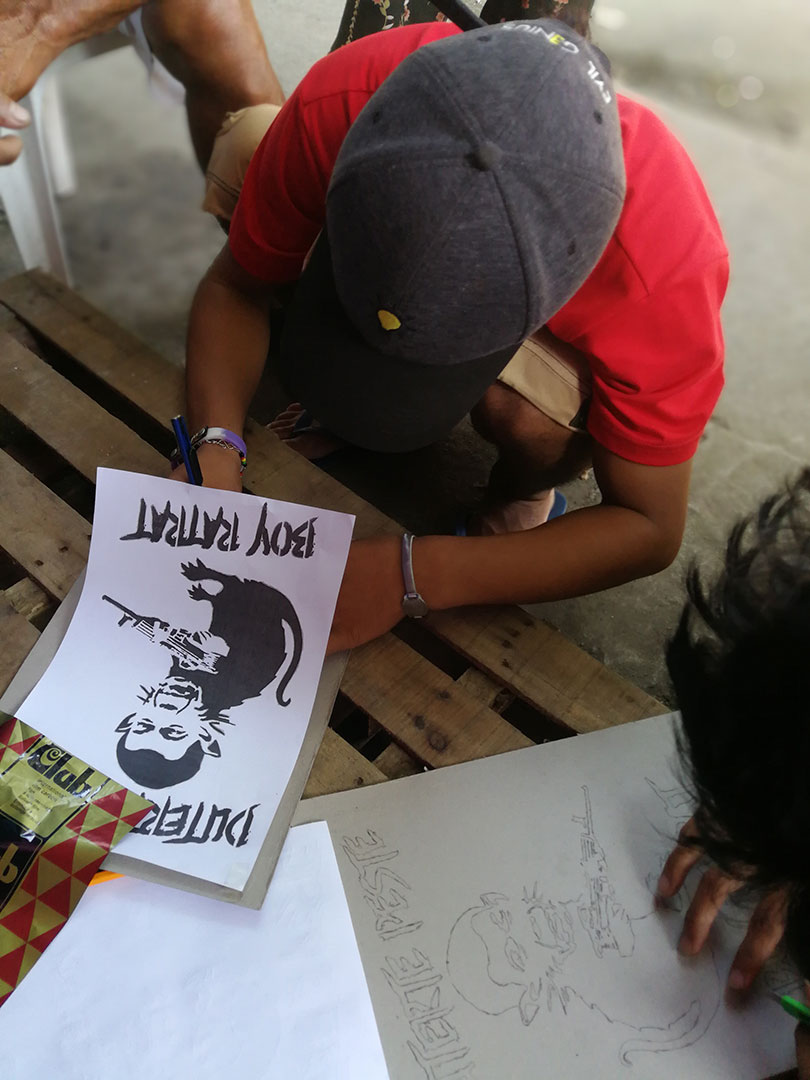 The stencil workshop for farmers was one of activities of Lakbayan ng Magsasaka Para sa Lupa at Laban sa Pasismo (Peasants Caravan for Land and Against Fascism). Thousands of peasants from north and south will converge in Manila on Oct. 25 to bring to the fore their demands for genuine land reform and an end to fascist attacks upon their ranks. The workshop, which occurred simultaneously with a media briefing at the farmers’ camp-out in front of the Department of Agrarian Reform was facilitated by Artists from Sama-samang Artista para sa Kilusang Agraryo (Artist Alliance for Genuine Land Reform and Rural Development) or SAKA. The group is composed of individual artists, writers, performers and other cultural groups that aim to link their artistic contributions to the peasant struggle and campaign for free land distribution, genuine land reform, and social justice.

SAKA was born out of the collective involvement of different artists during controversial land issues such as Kidapawan massacre, Lapanday violent land grabs, continuing struggle in Hacienda Luisita and ongoing spate of killings of peasants and farmers in the entire country. They have conducted a number of activities to bring to their fellow artists and the people the farmers’ struggle for genuine agrarian reform. 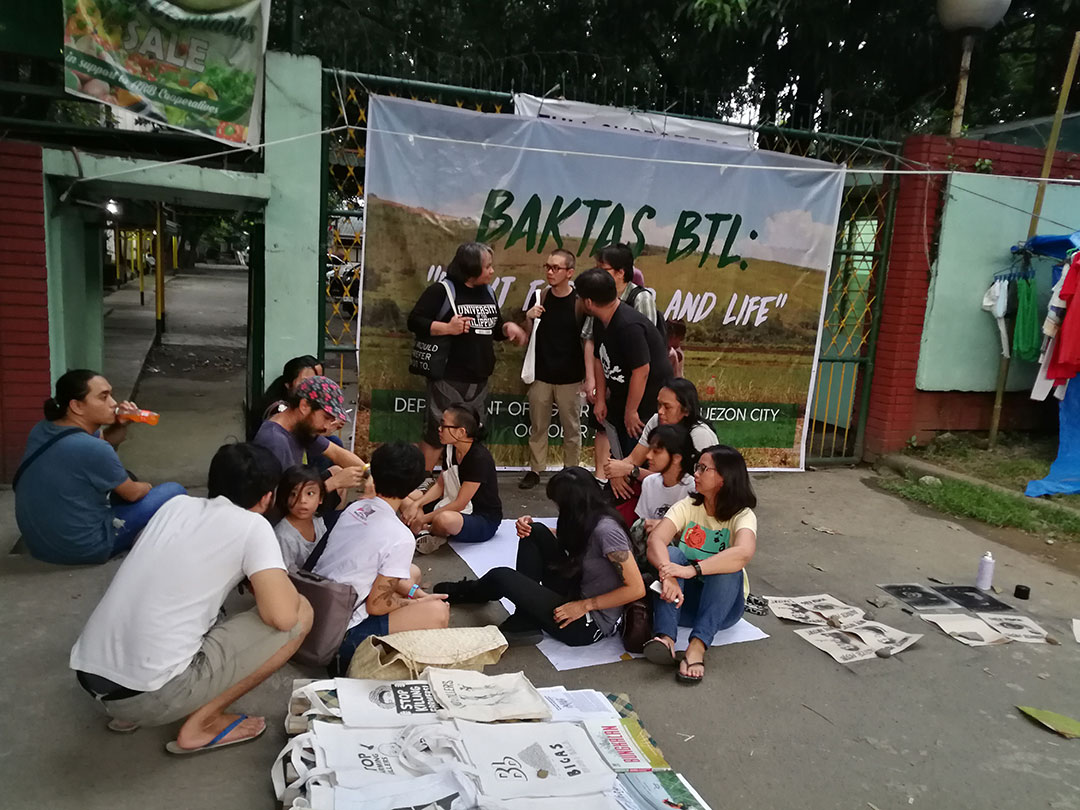 SAKA closely works with Kilusang Magbubukid ng Pilipinas and Unyon ng Manggagawa sa Agrikultura (UMA) to boost peasant campaigns through various forms of interactions, public advocacy work as well as research and documentation. Artist Angelo Suarez, one of SAKA coordinators, said that their participation in this month’s peasant activities is just one of the countless involvements they will commit for land tillers who feed our nation.