MANILA — As the National Democratic Front of the Philippines (NDFP) celebrates its 45th founding anniversary today, April 24, members of different allied undergorund revolutionary organizations of the NDFP staged a lightning rally at the intersection of EDSA and Aurora Boulevard in Quezon City on April 23, Monday. They called on the Government of the Philippines to return to the negotiating table and address the roots of the armed conflict. 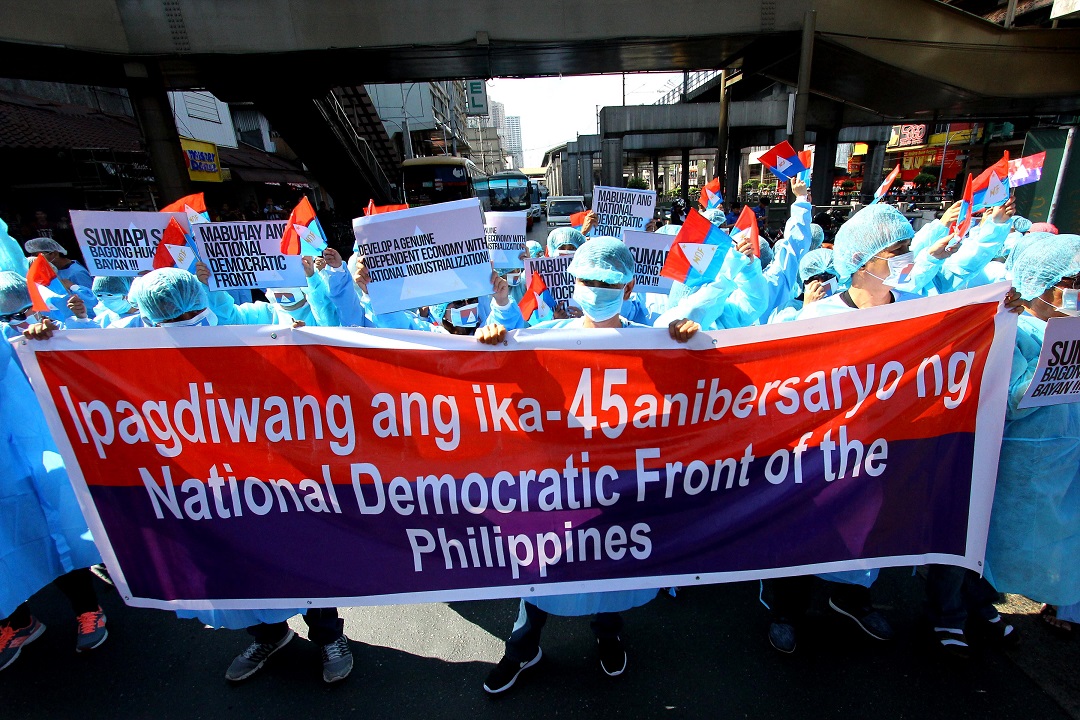 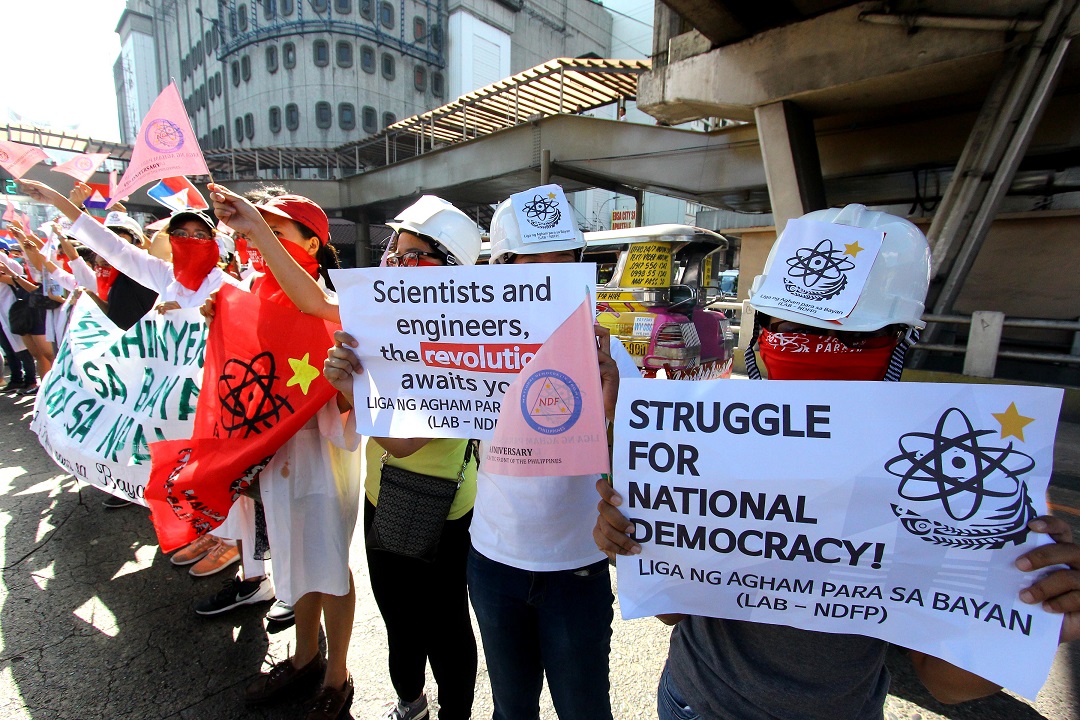 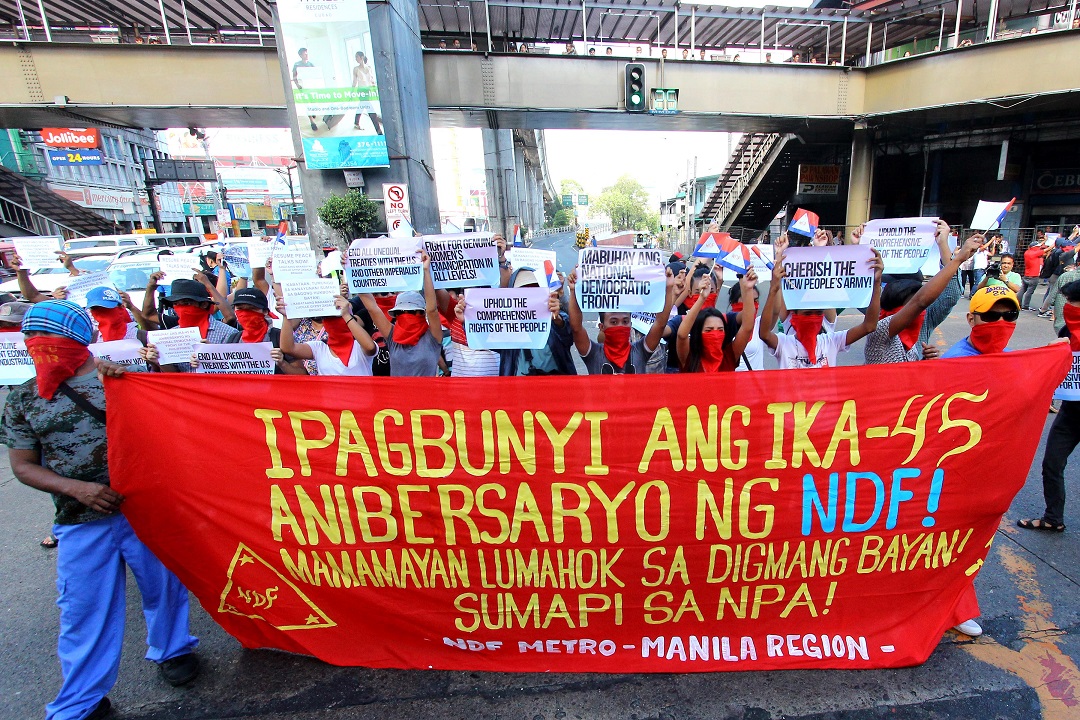 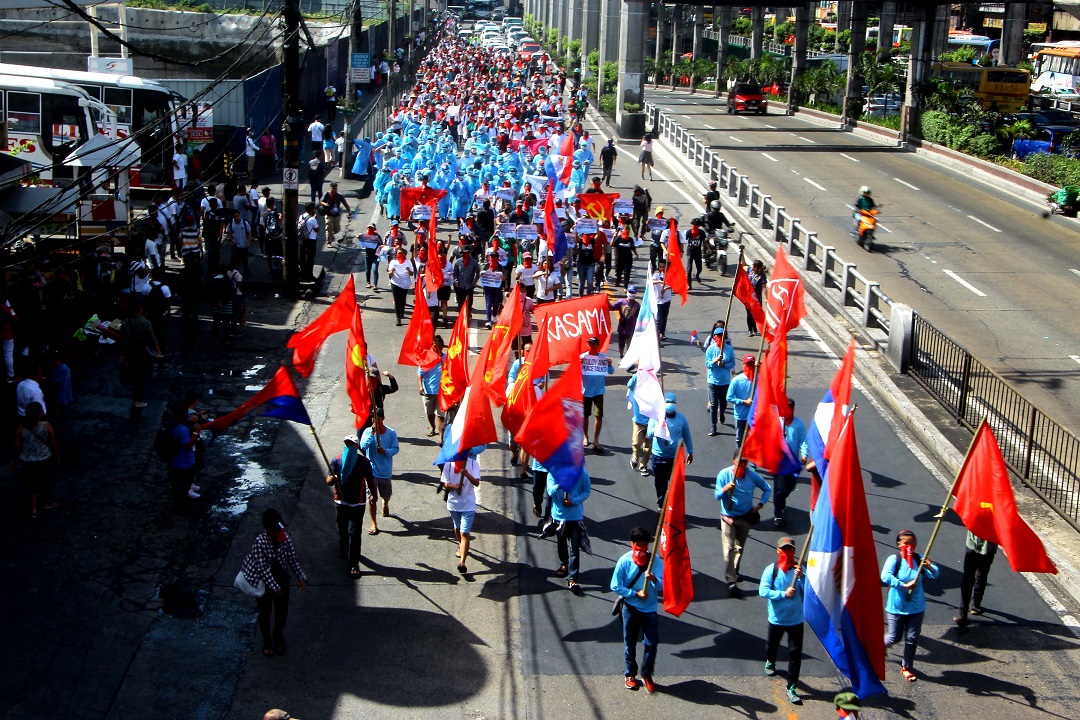 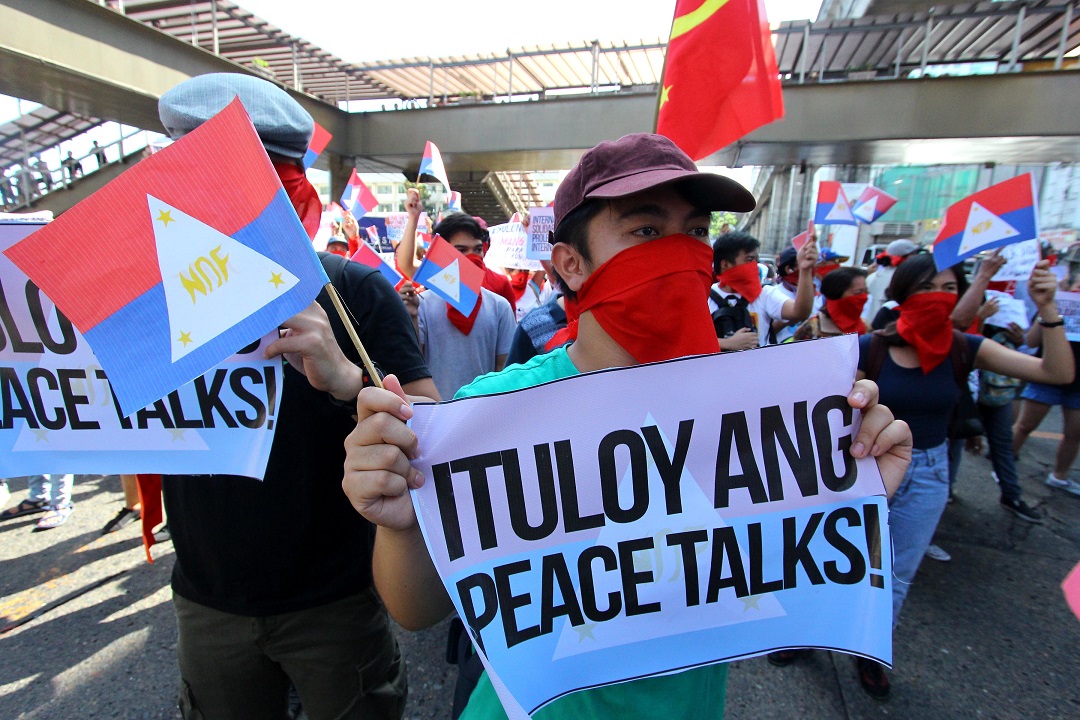 Photos and text by JHUN DANTES