Filipinas take a stand vs. misogyny and macho-fascism

On Sunday night, May 20, Filipino women also launched the #BabaeAko campaign, highlighting how women are willing to fight against the President’s misogynistic behavior.

MANILA — In response to another misogynistic remark of President Rodrigo Duterte, promising that he shall not appoint a politician — more so, not a woman — to the position of Ombudsman, young women leaders took to social media to register their indignation.

“I want someone whose integrity people believe in. Of course, it could not be a politician, especially not a woman,” the president said.

In a solidarity statement spearheaded by Kabataan Partylist Representative Sarah Elago, young women leaders from different regions of the country and from the international community, reminded public officials that, “having the power and influence to set policy agenda, they should denounce and refrain from [giving] any kind of remark that perpetrates a macho-fascist culture — a culture that should have been shelved centuries ago. We vow to condemn all kinds of similar statements, whoever it comes from.”

“It is an understatement to say that we are merely ‘enraged’ by Duterte’s remarks that make it seem that women are inferior. There is no word sufficient to describe how much we condemn all kinds of efforts of the president and all public officials to make it ‘acceptable’ to hate and attack women,” Shari Oliquino, Student Regent of the University of the Philippines (UP) said in a statement.

Kabataan Partylist Rep. Sarah Elago, however, also took note that while Duterte is seemingly against the general leadership of women, he noticeably gives ‘concessions’ to his allies.

“Despite all his misogynist statements, Duterte has remained an ally of women who share his ploy to usher in another period of tyranny and dictatorship: how he has remained in close contact with former President Gloria Macapagal-Arroyo and former First Lady Imelda Marcos only shows that, in Duterte’s eyes, a woman’s image and worth is measured in blood that they are willing to spill and political capital they are willing to share,” Elago said.

“Therefore, to denounce the foul-mouthed president’s statements is also to make a stand against tyranny and to demand justice for victims of their anti-people policies.”

On Sunday night, May 20, Filipino women also launched the #BabaeAko campaign, highlighting how women are willing to fight against the President’s misogynistic behavior.

Below is the list of initial signatories and the full text of the solidarity statement: 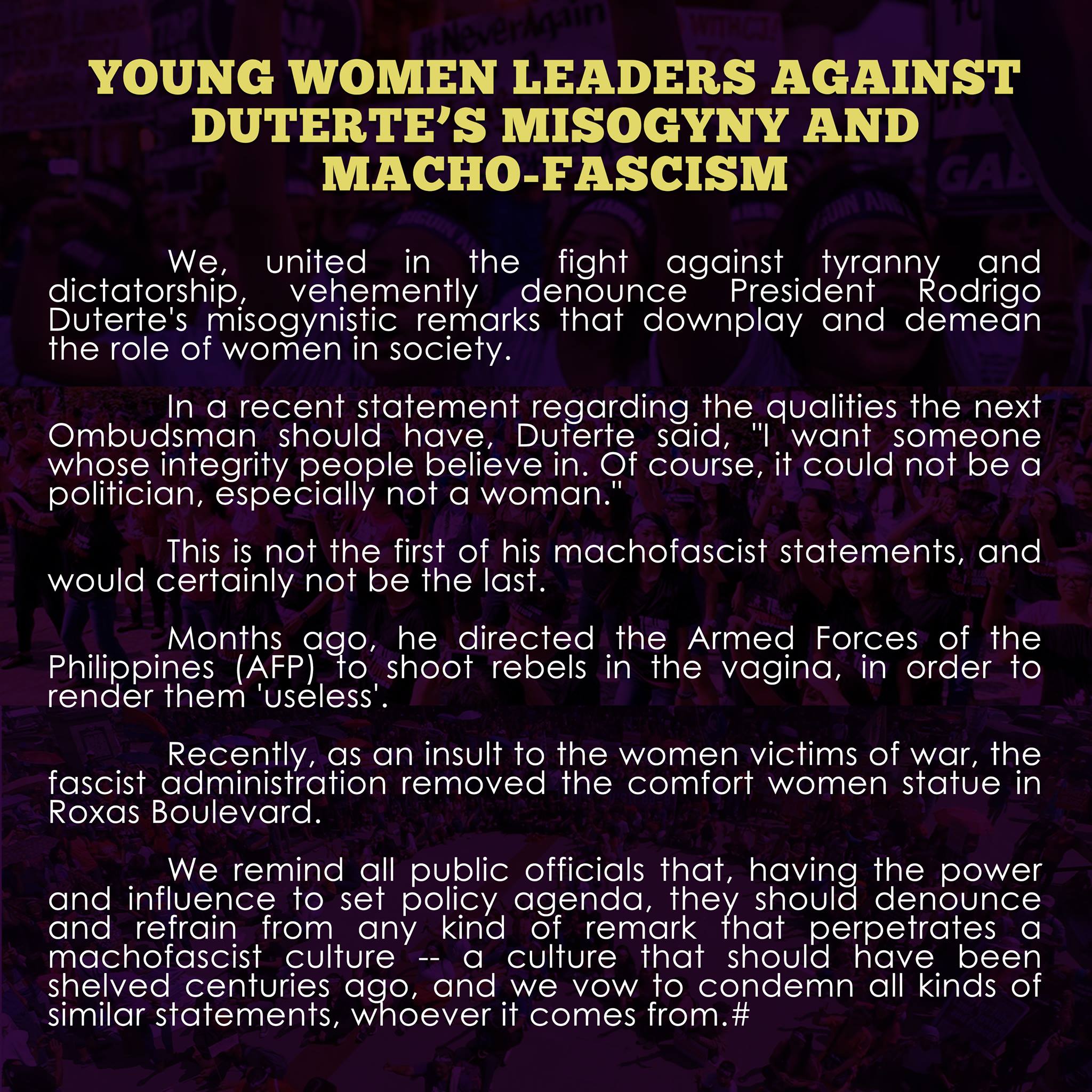 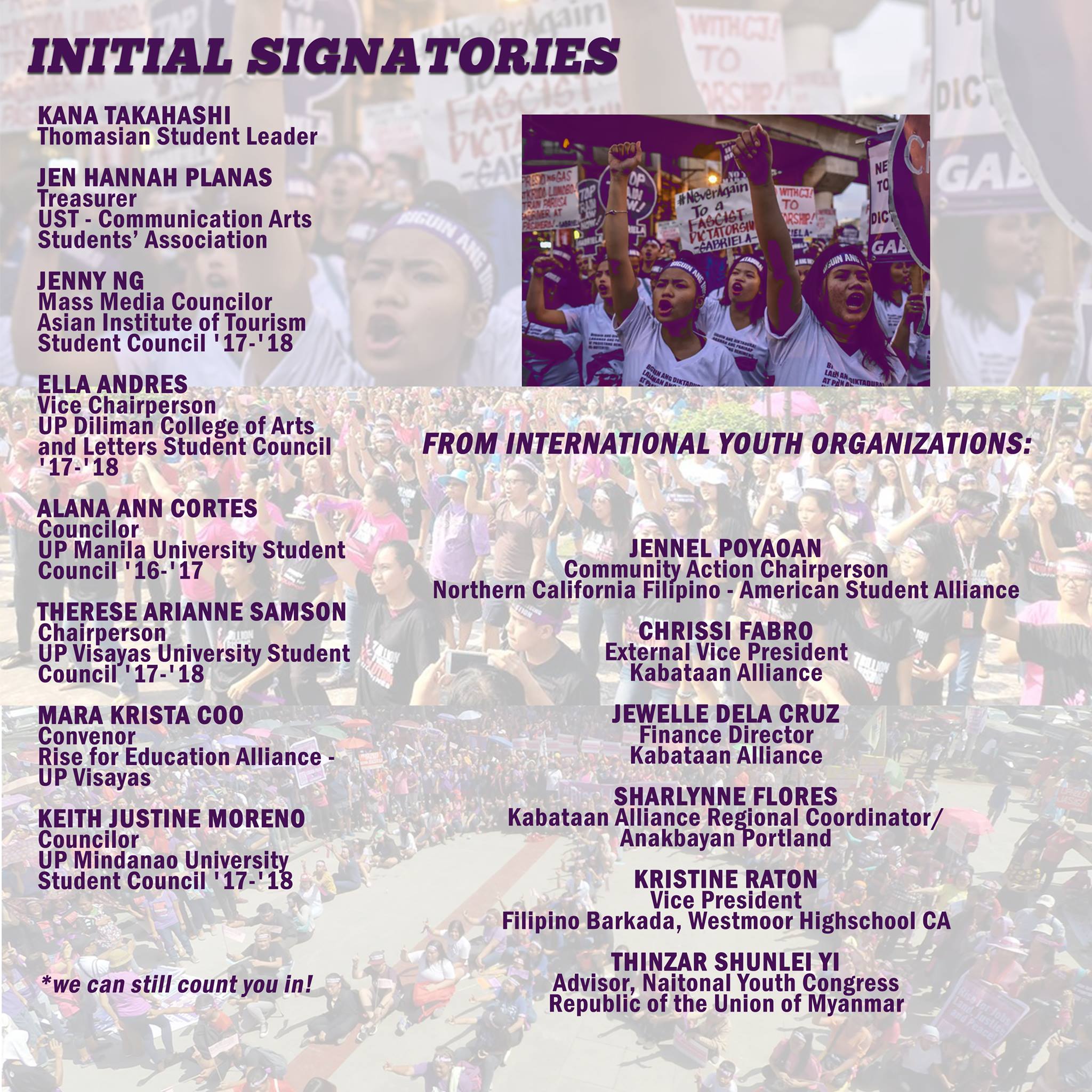 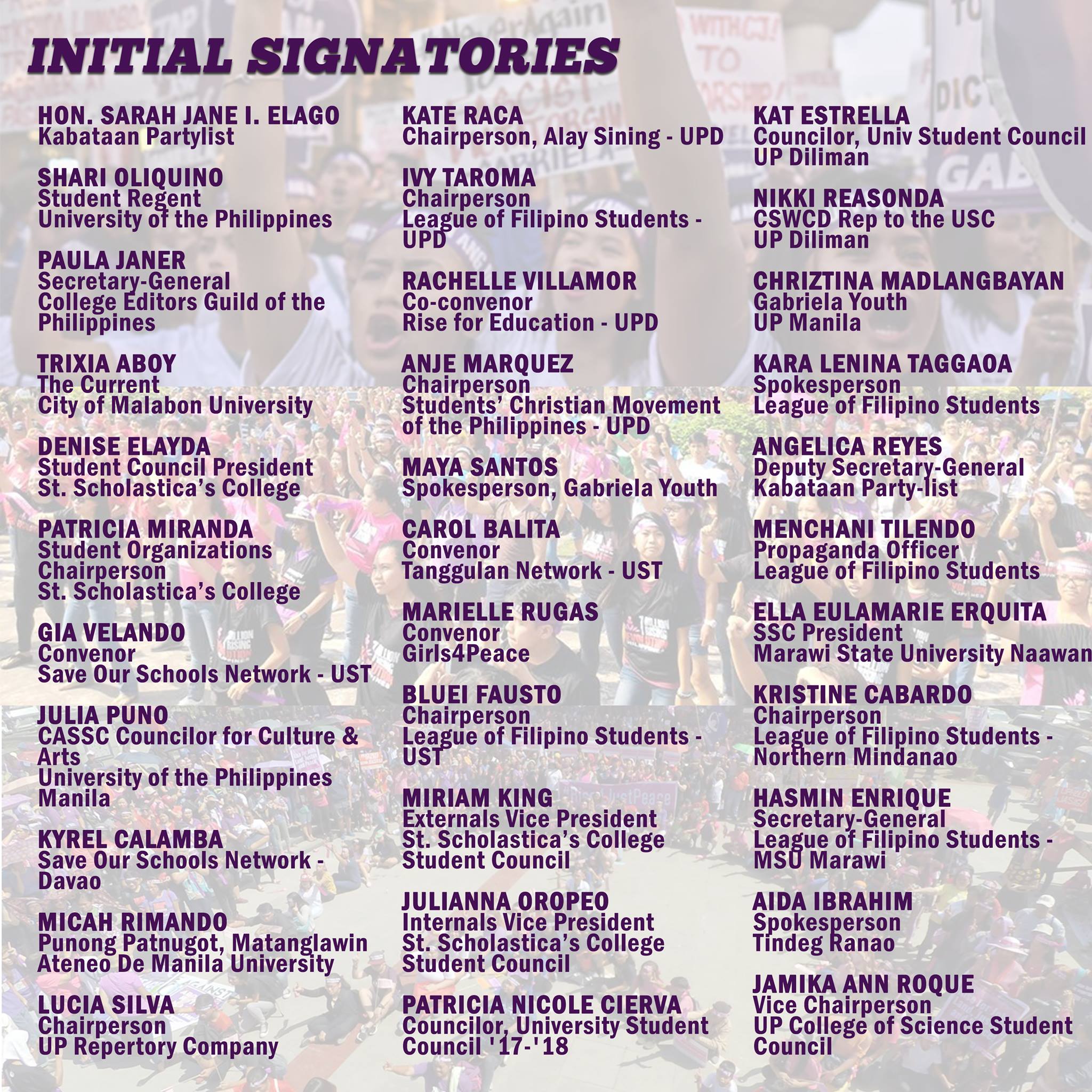 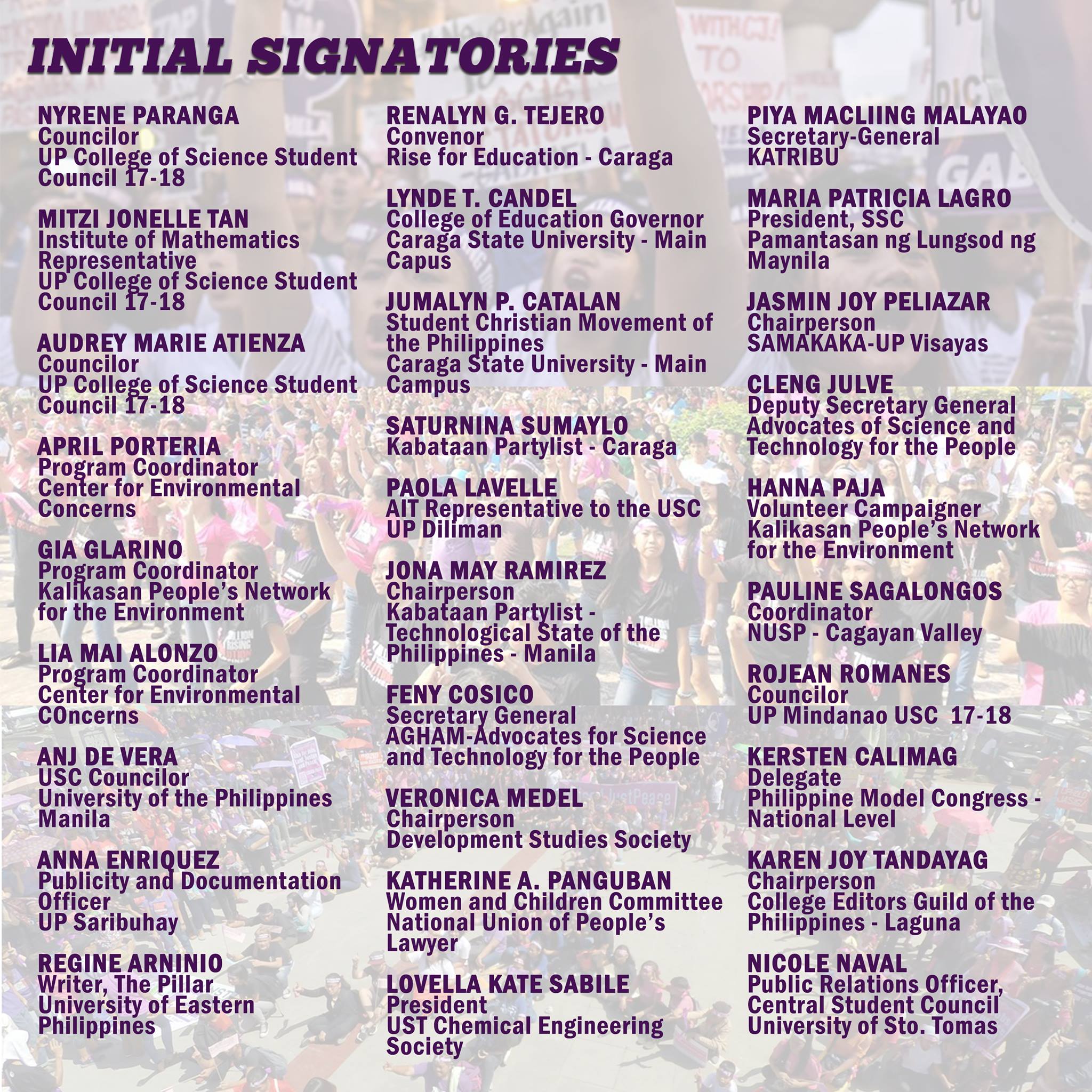