This is how Duterte described the pollution crisis in Boracay island to project a sense of urgency in his marching orders to close down the island.

Duterte’s subordinates quickly went about their signature demagoguery by crafting a makeshift ‘rehabilitation’ program. Lock down the island with 800 police and military personnel for good measure. To hell with the fact that this six-month program and lockdown is not based on concrete scientific study or community consultation.

To hell with the fact that Chinese mega-casino deals and other construction projects by big businesses are reportedly still in place in Boracay. Not to mention that attempted independent scientific investigations that aim to verify these issues have been prevented through sheer security overkill by police forces.

The President’s word — profanity and misogyny and all — is infallible, immutable, transcends scientific reasoning and democratic imperatives, and will be enforced with brutal force. Such has been Duterte’s “cesspool politics” over the past two years.

Duterte’s cesspool politics is much like a home-brewed version of what journalist Naomi Klein calls the “Shock Doctrine.” National crises are exploited to hammer out anti-people and undemocratic policies while the citizens are too distraught to effectively resist.

In Duterte’s case, a nasty cocktail of tough talk, populism, and controversial word vomit is mixed and forced down the people’s throats to keep them reacting to anything and everything except the core issues at hand.

“I will destroy monster oligarchs”

to camouflage the ongoing reversal of 24 of the 28 mining closure and suspension orders earlier issued by the Department of Environment and Natural Resources (DENR).

Never mind that independent investigations and scientific studies have proven that some of these big mines, such as the Australian-Canadian mining TNC Oceanagold, have indeed caused massive pollution, economic displacement, and other violations of people’s rights.

Duterte’s biggest populist move for the environment, the appointment of environmentalist Gina Lopez as DENR secretary who was responsible for the mining closure and suspension orders, did not get followed through. Mining oligarchs in Duterte’s cabinet, Congress, and the Senate had their way and orchestrated Lopez’s removal in just under a year of her being in office.

While Duterte’s cronies enjoy a revolving door policy hidden under the fire and thunder of Duterte’s so-called anti-corruption drive, Lopez only got some “lobby money talks” and “I think there was a conspiracy to remove her” statements as paltry consolation.

Since 2014, the Philippines consistently ranked in the top three countries that contribute to marine plastic pollution. It also ranked third in the Asia-Pacific region in 2017 for outdoor air pollution-related deaths. Agribusiness plantations, coal power plants, large dams, and various other destructive projects are still being continuously courted to encroach into our landscapes.

This plethora of issues got easily swept under the rug by the Duterte spectacle. From his ‘war on drugs’ to his ‘war on God’, Duterte managed to dictate which controversies he has to deal with while the rest are kept out of sight, out of mind.

Duterte’s most deafening silence is in the West Philippine Sea dispute, where our United Nations tribunal victory over the contested waters was discarded in exchange for concessions. Duterte resorted to the “we cannot go to war with China” card as if diplomatic protests and alternative approaches such as negotiating for a marine peace park declaration are tantamount to declaring war.

China was able to dredge and dump land over seven centuries-old reefs across our exclusive economic zone amounting to at least 311 hectares to build its now operational military bases without so much as a squeak from the Duterte regime.

The West Philippine Sea’s vast biodiversity and fisheries was apparently an acceptable loss for Duterte, who received as a reward from China multibillion-dollar deals for land development projects that include — ironically — more destructive reclamation projects in Manila Bay.

When it reaches a point that shock and awe can no longer suffice to placate dissent, Duterte’s fiercest critics and oppositionists are met with brutal suppression. Filipino environmental defenders face unspeakable dangers under Duterte’s reign of impunity.

At least 58 environment-related killings were recorded over the past two years of Duterte’s term. At least 46 environmental defenders, including UN Special Rapporteur for Indigenous People Vicky Tauli-Corpuz, were included in a ‘terror list’ by the Department of Justice.

Hundreds have been slapped with trumped-up charges and illegally detained in prison. Thousands have been forcibly displaced by the unrelenting military and paramilitary combat operations combing villages and towns where resistance to extractive and destructive projects is strongest.

Even members of the international community who shared solidarity with environmental defenders are being harassed to discourage their work. Duterte seems to have made it his personal mission to deport Sister Patricia Fox, an Australian missionary long working in solidarity with farmers and indigenous people under siege from the military and their mining and plantation clientele.

Duterte has employed every imaginable dictator’s card to perpetuate an atmosphere of sheer impunity. We are bombarded with senseless counterinsurgency, drug war killings, anti-tambay ops, a hung Congress and Judiciary, Martial rule in Mindanao, and what has been reviled by human rights lawyer Atty. Neri Colmenares as the “worst Cha-Cha Ever!” seeking to grant draconian powers to Duterte himself.

State of the Nation

As we approach Duterte’s third State of the Nation Address, more and more people are seeing through his regime’s cesspool of deception, neglect, and tyranny.


Recent surveys demonstrated that four out of five Filipinos decry the Duterte government’s inaction over the militarization of West PH Sea and that 64 percent of the public rejects Duterte’s Cha-cha. Duterte’s satisfaction ratings have plunged to an all-time low.

More concretely, a resurgence of workers’ strikes against contractualization, land occupations by disenfranchised farmers and farmworkers, and various other protest movements across the different sectors and regions indicate a restive Filipino people. They are coming together on July 23 in a United People’s SONA to say: enough is enough!

It is high time that we in the environmental movement make our voices heard in this collective cry for freedom, justice, and democracy. Enough of Duterte’s cesspool politics! 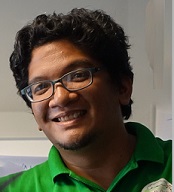 Leon Dulce is the national coordinator of the Kalikasan People’s Network for the Environment (Kalikasan PNE), a national grassroots environmental campaign center in the Philippines. Kalikasan PNE will be joining the United People’s SONA on July 23 starting from the University of the Philippines – Diliman Oblation Statue to the designated protest area in Commonwealth Avenue.