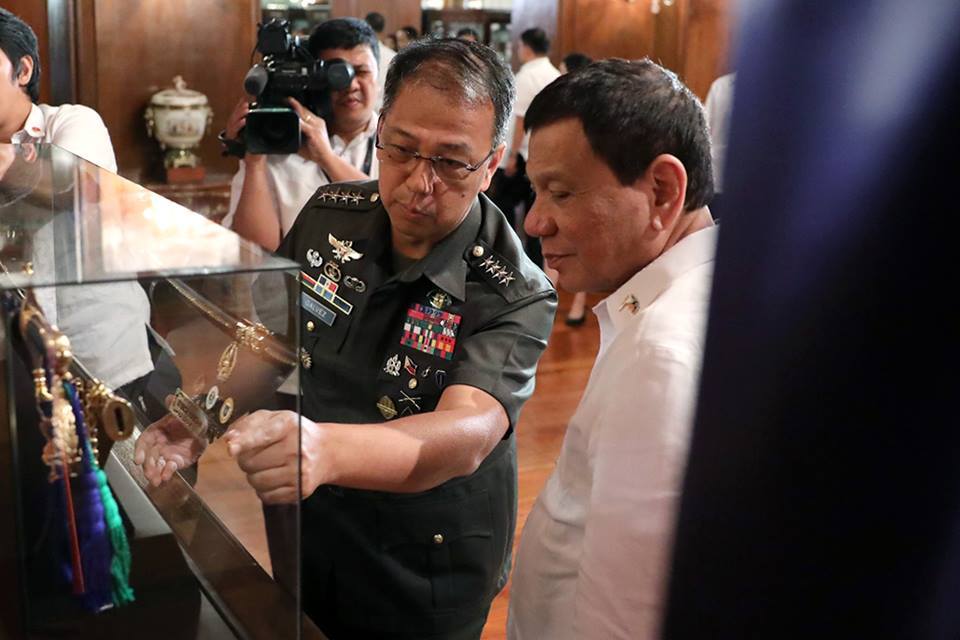 National Democratic Front of the Philippines (NDFP) chief political consultant Jose Maria Sison said the issue of corruption that led to the resignation of Presidential peace adviser Jesus Dureza is a mere pretext in order for President Rodrigo Duterte to close all doors to the peace negotiations.

Asked to comment on Dureza’s resignation, Sison said that Duterte also wants to place the billions of the Office of the Presidential Adviser on the Peace Process (OPAPP) and its Payapa at Masaganang Pamayanan (PAMANA) program under corrupt politicians and the military.

“The issue of corruption is a mere pretext because the Office of the President is anyway the stinking center of corruption,” Sison told Kodao.

Sison said the “racket” in PAMANA is also in the invention of fake beneficiaries and in favouring some local politicians.

“The military officers and some mayors have become notorious for pocketing privately E-CLIP (Enhanced Comprehensive Local Integration Program) funds for fake surrenderers. Now, they want to take over the PAMANA under OPAPP,” he said.

But Sison said the real issue is the military’s desire to control OPAPP to prevent serious peace negotiations with the NDFP.

This is made clear by Duterte’s announcement of the formation of death squads with the license to kill just anyone who is suspected of being or still becoming NPA.

“Duterte is absolutely crazy in announcing he is forming death squads with the license to kill any istambay (loiterers), any critic, any activist or just anyone whom the death squads suspect or think of becoming or being NPA,” Sison said.

“He wants Oplan Kapayapaan to compete with Oplan Tokhang in murdering thousands of people,” he added.

Sison added that Duterte is obviously becoming desperate because Oplan Kapayapaan has failed to defeat the NPA in the guerrilla fronts.

“Not a single guerrilla front has been destroyed even in Mindanao where he has concentrated 75 of his total of 98 maneuver battalions under conditions of martial law. Duterte has gone out of his mind,” Sison said.

“He needs psychiatric help and should be removed from his position,” Sison said. Reposted by