No justice a year after death of rights lawyer

Ramos, lawyer of the poor and farmers in Negros was shot dead on Nov. 6, 2018 in Kabankalan City, Negros Occidental. Among the last cases he handled was the case of the Sagay 14 massacre and the Mabinay 6. He is also a founding member of the National Union of Peoples’ Lawyers (NUPL).

In a social media account post, Grace Albasin, mother of student activist Miles recalled that she and Ramos were scheduled to meet for the last bail hearing of the Mabinay 6 Nov. 23 but end up attending Ramos funeral instead. 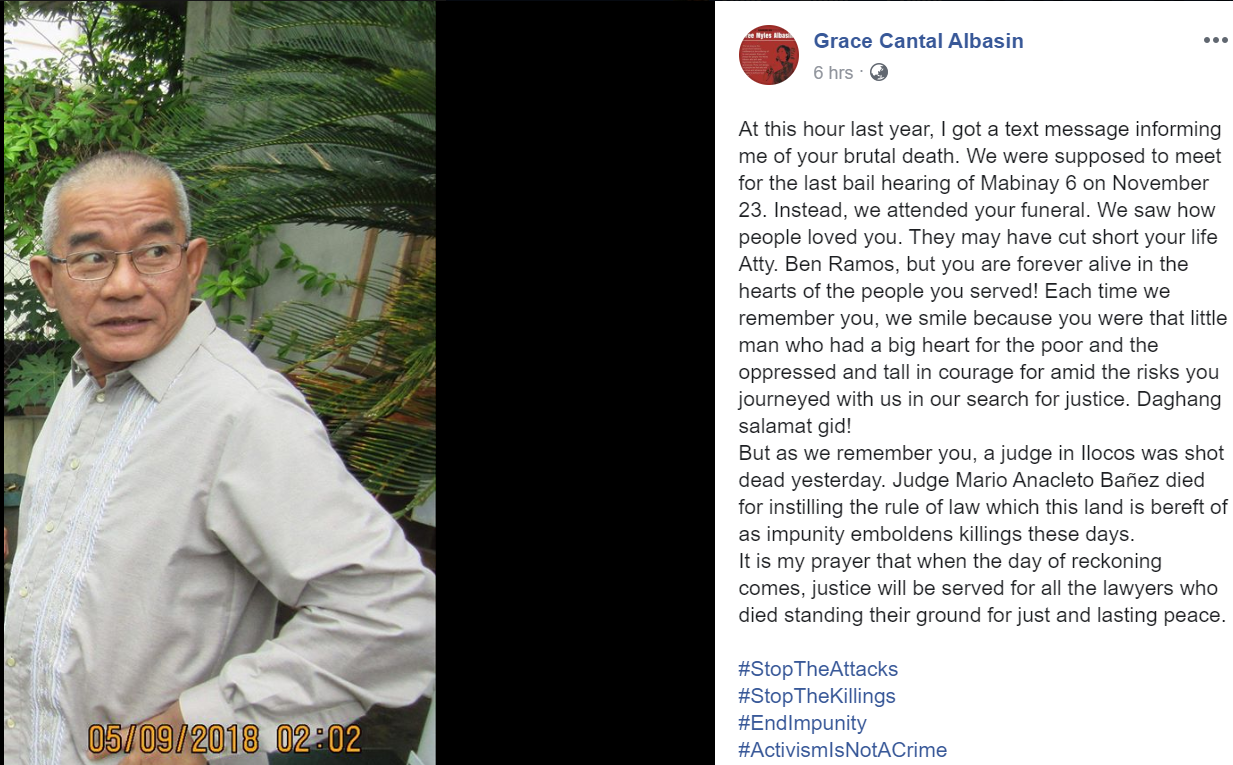 “We saw how people loved you. They may have cut short your life Atty. Ben Ramos, but you are forever alive in the hearts of the people you served! Each time we remember you, we smile because you were that little man who had a big heart for the poor and the oppressed and tall in courage for amid the risks you journeyed with us in our search for justice. Daghang salamat gid!” Albasin said.

Meanwhile in Iloilo, family and friends also gathered to remember Ramos. According to a report, there was no progress in the case of Ramos.

Law students and lawyers from the NUPL also lit candles for Ramos at the UP College of Law in Quezon City.

In a statement, NUPL Secretary General Ephraim Cortez said that amid the intensifying crackdown against the legal groups under President Duterte, they will stand and hold their ground.

“Today, as we commemorate his death, we are in the midst of one of our greatest battles under this tyrannical regime: an orchestrated crackdown against legitimate dissenters and critics of the government reminiscent of the Marcos martial law era,” Cortez said.

He added, “But we, as people’s lawyers, will stand and hold our ground. In this critical times, we will fight hand in hand and side by side with the Filipino people. Laban, bayan! (Fight mother land!)”