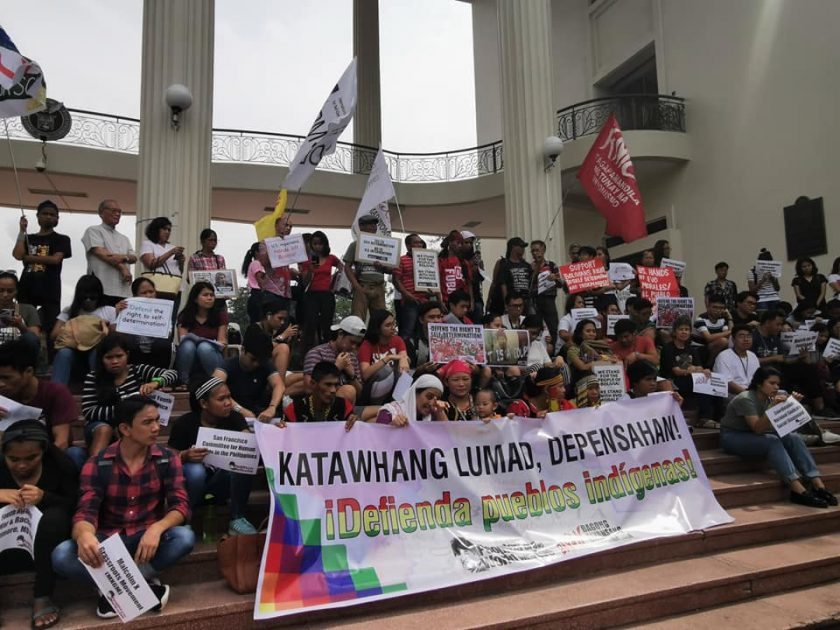 Over 150 people went out in support of the growing international solidarity movement. They held signs bearing the names of organizations and countries of origin of those who have pledged their support to President Evo Morales and Bolivia from different parts of the world.

On November 10, Bolivian President Evo Morales was forced to resign by a coup. Since then, progressive organizations worldwide have launched an international campaign to expose the violence against the indigenous people in Bolivia. Bayan emphasized the connections between the struggle of the national minority in the Philippnes and Bolivia. 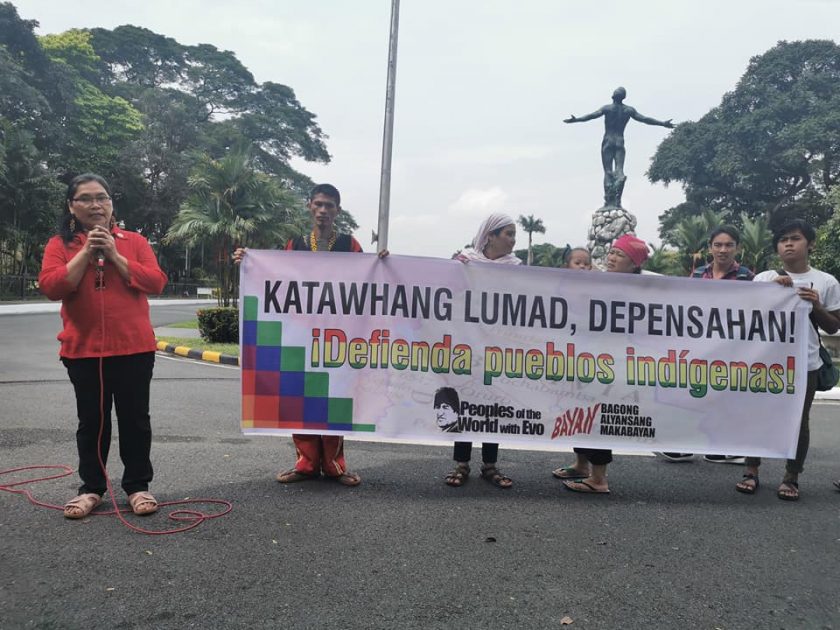 Speakers from indigenous groups and Moro expressed their condemnation of the US-backed coup, highlighting their experience of minoritization, criminalization and oppression in a country, which they said remains to be a semi-colony of the United States.

Bayan maintained that President Evo Morales’ “partiality to the plight of the oppressed Bolivians yielded years of government-led struggle toward self-determination through advancements in production, stirring up of the domestic economy with the indigenous working poor at the forefront of this historic struggle for human dignity.” 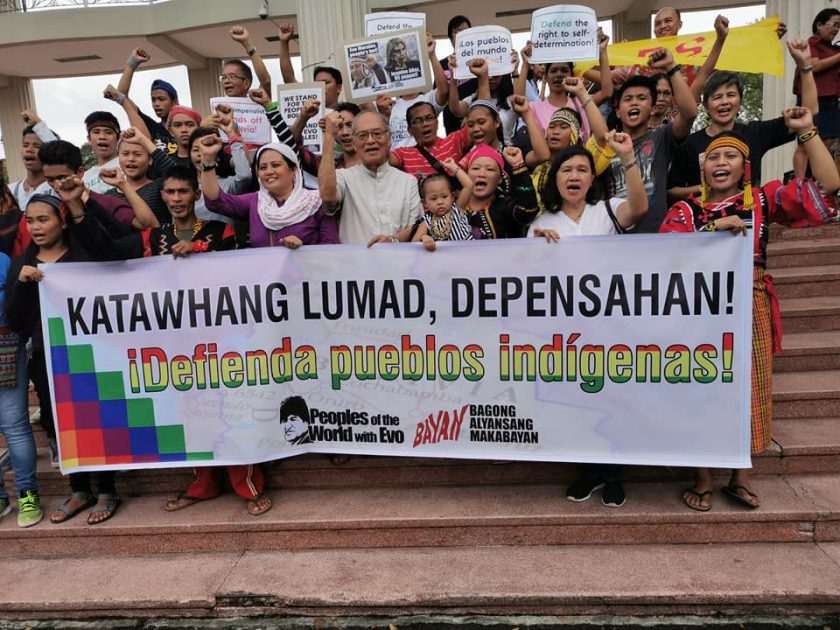 Leaders from International League of Peoples’ Struggle (ILPS), Bayan and Kilusang Mayo Uno exposed what they called as “dastardly acts of terrorism committed by the military and the Bolivian elite backed by US imperialism.”

They argued that the role of the US in the wanton violation of human rights and international law cannot be denied. “Its lead role in regime change, economic sanctions, plunder in different parts of the world but especially so in South America, Caribbean, Africa, Asia and the Middle East should be exposed and opposed by freedom and peace loving citizens worldwide,” Bayan said.

An online open letter of support for Morales and the people of Bolivia titled, “Peoples and of the world with Evo” has been signed by over a hundred organizations and notable individuals worldwide. As of this writing, the statement appears in six languages— English, Spanish, Italian, Russian, Mandarin and Tagalog.