You Are Here: Home → 2020 → May → 6 → Academic freedom through Edel Garcellano’s criticism, (re)reading, and partisanship* 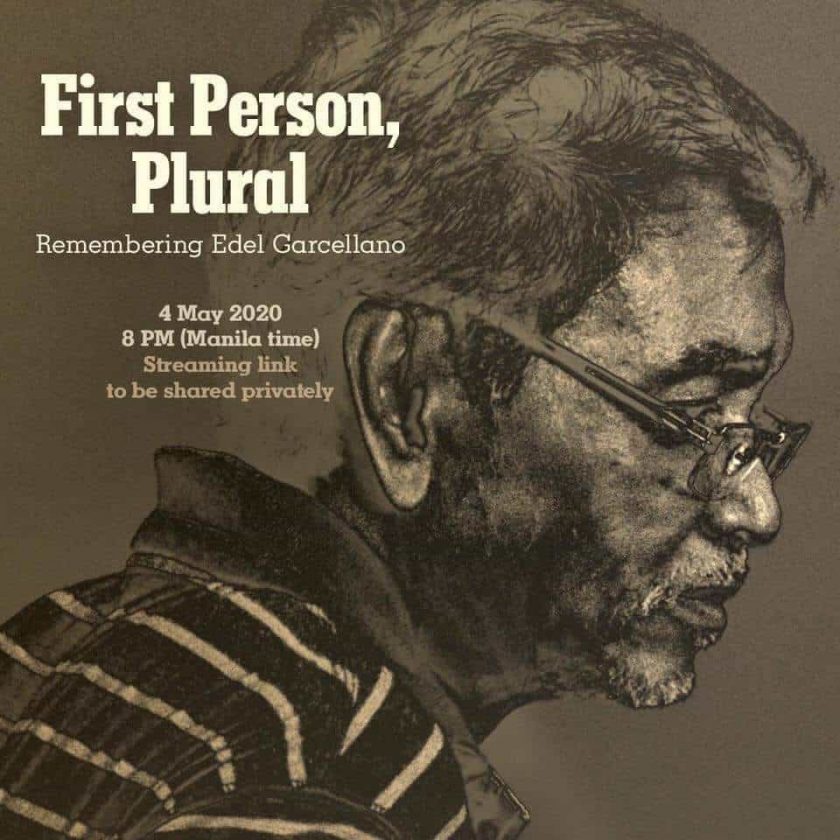 “To define is to limit and to limit is to contain.” Here, Edel Garcellano warns against a feminism anchored on essentialism that dominates the contemporary Philippine literary canon. The supplicatory character of this inclusion lies in the very act of naming or making visible the marginal within the frame of hegemony. Garcellano refers to none other than the static dynamic of inclusion-in-containment. “Hence to name a woman is equally to subvert the potentiality of her powers in as much as the woman is named a woman, limited/bound.”

Another instance of radical potentials lapsing into perversion is academe’s reproduction of the liberal mantra through taglines like “marketplace of ideas” and “bastion of liberal thought” in defining academic freedom. Following Garcellano’s critique, such a stance is already a precise position-taking on the class struggle and its re-positioning on a global scale.

Neoliberal ideology marks the class struggle as a thing of the past. We are in the era of post-politics, as it were. No more class struggle, no more revolution, there is nothing to redistribute at a time when productivity is at its highest in the whole history of capitalism. Yet class struggle is raging in the peripheries and semi-colonies. That people are massively incarcerated, abused, brutalized by the police, rendered homeless with no access to health care and proper nutrition is also a sign of class struggle, especially considering how Occupy America’s one percent thrives precisely because of all that human misery.

The actuality of class struggle is marginalized in various ways. From Garcellano’s criticism and re-reading, class struggle is marginalized even in its supposedly radical forms. From Garcellano, we learn that the “free play” of political persuasions and the “marketplace of ideas” as ascendant definitions of academic freedom are containment of academic freedom. They already entail and, in fact, require an embrace of the neoliberal mantra of post-politics and the abdication of any sympathy for the national democratic revolution, which, once upon a time took root in the University.

As a codeword for academic freedom “marketplace of ideas” is itself a prescription to marginalize the most radical discourse to celebrate the freeplay of discourses. But what is most radical anyway? Let me quote Edel:

“Surely, that the NDF (an umbrella organization that does not necessarily represent all the oppositon forces in the country; it only banners the organized party along Marxist principles) has not proclaimed the options for the CPP’s future—and also (their) future, which to my mind, is already secure given the strange coincidence that their critique of the Left has become virtually beautiful miusic to the military-comprador state (a number, in fact, are flourishing in the network of state intersticies and non-government offices whose presence extends the very powers of the State to areas berely serviced by it). Thus, to argue for the abdication of the armed struggle— given the fact that the state, not a heterogeneous one, but fully in the grip of a cabal of military-industrial interest, is armed to the teeth (the Indonesian experience still too recent to forget)—already indicates, or confesses to, a corporatist theorizing for peace in our time. On the other hand, the premium placed on the original tenet, subject as it is to a more dynamic reading as universal invested on specifics, theory on practice, and practice on theory, presumes that the social structures have remained static although changes have been construed as equally destabilizing. To say the least, classism holds the key to the reading of both, which mode has been laready margianlized in the discourse. This is most disturbing.”

The armed struggle waged by the communist forces in the countryside is not even a point to be considered especially within the liberal discourse of deliberative democracy, which I may either be rendering with precision or oversimplification, it depends on where one stands: “Let’s talk, not fight.” It is to indicate how academics are fighting the “reasonable civil fight” as everything can now be subjected to deliberations. Yet what this position does not say is that everything can be deliberated save for the rupture in private property relations, why, because that entails revoulutionary violence. We are supposed to be content with knowing that the armed revolution is happening; but it is happening elsewhere; and the academe is a different space. Yet the academe also produced Ferdinand Marcos and others. It is a combat zone especially for people like Garcellano who was devastatingly marginalized by the same institution. What is rarely said of deliberative democracy is its very own failure to see how the refutation of Marx and his theory of class struggle is itself class struggle.**

Garcellano’s exposition of the academe’s liberal versions of autonomization— or how the academe is supposed to be autonomous/independent from property relations, which stucture society —can only lead to a dominant mode of partisanship that excludes a discourse that precisely challenges the same property relations that structure society. The sobriety and reason presumed in the process of autnomization are critqued by Garcellano as 1) the normalization of hegemonic state discourse (de-ideologization), the denial of class struggle and therefore of political interests (apoliticicization), and the denial of our very own experience of national oppression and class exploitation in a semi-colony and the tactical and strategic ways in which a counter-hegemonic force to which Garcellano invites partisanship, challenges this whole set-up (ahistoricization).

If I were to oversimplify what I had learned and continue to learn from Edel, I don’t think anybody is asking me to do that but maybe we want something of this sort in this occasion, so I will say this: In the Philippine academe, allegiance to the establishment is always taken for academic rigor and ethical sobriety. But, too, in the Philippine academe, one learns and is compelled to act upon academic freedom as both an instrument and stake of the national democratic revolution toward socialism.

That point would not have not found a place in the academe’s much vaunted contentious terrain without Edel Garcellano’s interventions. Long Live Edel Garcellano!

*Perhaps it will take a lifetime to come to terms with the passing away of a scholar, poet, mentor, friend and comrade like Edel Garcellano whose project offers the most sustained and transformative rejection of post-politics in the Philippine academe. Nothing else is more absolute than death. But 74 years ago on May 4, Edel came to life. The following is a remembrance and a celebration of a dimension of his life as we all come together with this memorial named after one of his great books, “First Person, Plural.”