The animal industry can be the next pandemic ground zero 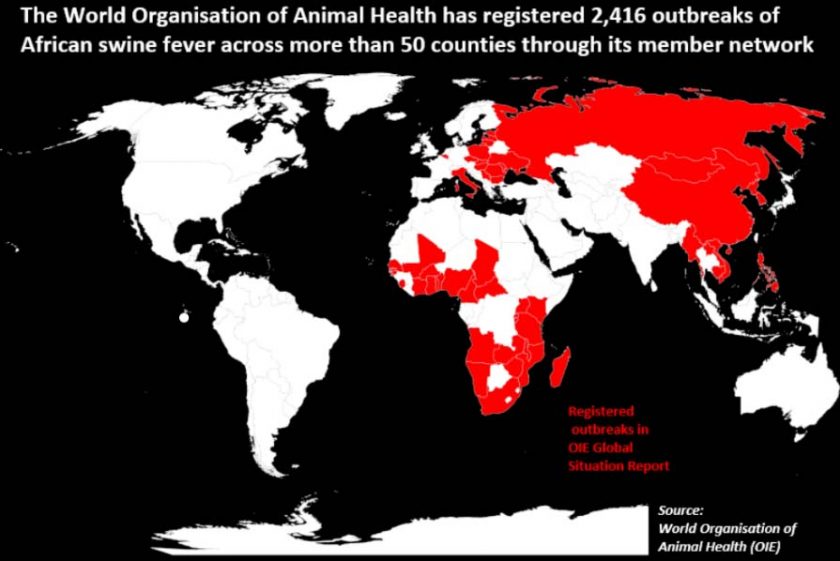 Both influenza A (H1N1) and ASFV are not endemic to the Philippines. It has been established that the sources of these diseases came from imported meat or livestock.

We have previously pointed out that the degradation of our ecosystems and its dwindling biodiversity are contributing factors in the increase of zoonotic diseases. These diseases which originate from animals, especially domesticated animals, are the source of the recent worst pandemics in our history.

Poultry and livestock production have been transformed from small-scale methods to industrial-scale operations. Global industrial agriculture has caused at least 27 percent of global forest loss between 2001 and 2015, generating huge amounts of carbon emissions contributing to the climate crisis, and producing hazardous wastes that indiscriminately contaminate nearby rivers.

On top of this, industrial agriculture is also of particular concern because domesticated animals we produce for human consumption at large population sizes and densities have low immune responses to diseases.

Science has established that the pathogen movement within these large-scale agricultural industries, its release to the external environment, and exposure to farm workers and subsequently the wider public.

As the world population became heavily dependent on the food produced by the global meat industry, the risk of ‘zoonotic’ diseases increases alongside the consequent intensification of corporate livestock and poultry production.

The influenza A (H1N1) pandemic, for instance, was detected in 2005 as an animal or human-animal influenza virus that has caused sporadic cases or small clusters of disease in people, but has not yet resulted then in human-to-human transmission.

In April 2009, the first human case of influenza A(H1N1) was identified in Mexico and the United States. This virus then spread rapidly to other countries. The Philippines identified its earliest case on May 22, 2009, and Baguio City reported its first A(H1N1) cases three days later. A total of 159 cases and eight fatalities was officially reported in the Cordillera Administrative Region by August 31, 2009. Worldwide, it resulted in the deaths of around 14,000 individuals in 2009.

A decade later, the ASF epidemic spread throughout the world, causing hemorrhagic fever with high mortality rates in domestic pigs.

ASFV has traditionally been endemic to sub-Saharan Africa and Italy, but in 2007 it began to spread to other countries. In 2018, China reported the virus has infected their swine farms.

On September 9, 2019, the Philippines declared its first outbreak of the ASF. This affected the country which is the world’s 10th-largest pork consumer and seventh-biggest pork importer. The Department of Agriculture identified China-imported meat products as the source.

Though it did not infect humans, the ASF Pandemic caused massive economic loss to the global livestock industry. In the Philippines, the swine industry lost around US$20 million or P1 billion in just one month after the ASF epidemic was declared.

Both influenza A (H1N1) and ASFV are not endemic to the Philippines. It has been established that the sources of these diseases came from imported meat or livestock. 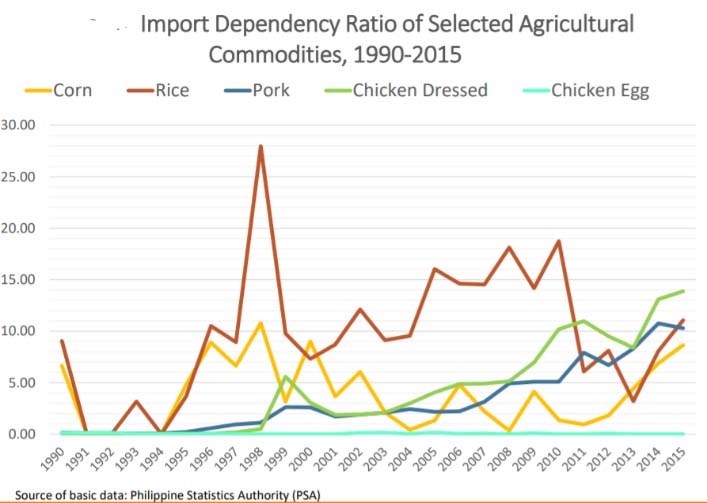 Through the years of trade liberalization there has been a rapid increase of imported poultry and livestock products since the late 1990s. In early 2019, we experienced an oversupply of meat products because of the surge in imported meat. During the Duterte administration, meat imports grew in double digits annually.

The Philippines will become more vulnerable to the entry and emerging infectious diseases as the government liberalizes agricultural trade which freely open the importation of meat products.

Supporting our local farmers and domestic agricultural industry should therefore be an important foundation of a post-pandemic green new normal. By giving land to the tillers and not to foreign business, buying their local agricultural produce, and supporting their transition to agro-ecological practices, we are contributing not only to food security but also public health and ecological integrity.

Clemente Bautista Jr. is an animal scientist and currently the international networks coordinator of the Kalikasan People’s Network for the Environment (Kalikasan PNE), a grassroots-led national environmental campaign center established in 1997.

Kalibutan is a group blog of Kalikasan People’s Network for the Environment. For comments, email secretariat@kalikasan.net. Kalikasan PNE is a convening organization of the Citizens’ Urgent Response to End COVID-19 (CURE COVID), a national people’s initiative of various communities and sectors in response to the pandemic crisis and its impacts on their health and livelihood.