We will not be muzzled

Last week, Allen Capuyan, executive director of the National Task Force to End the Local Communist Armed Conflict (NTF-ELCAC), tagged AlterMidya as well as the latter’s member media outfits which include Bulatlat as belonging to the communist group’s propaganda machinery.

The red-tagging spree at the Senate hearing on December 1 is not the first time that NTF-ELCAC branded Bulatlat, other alternative media outfits and the National Union of Journalists of the Philippines (NUJP) as “communist fronts,” “terrorists,” and “enemies of the state.” The task force spokespersons and officials routinely resort to such practice using their social media accounts. 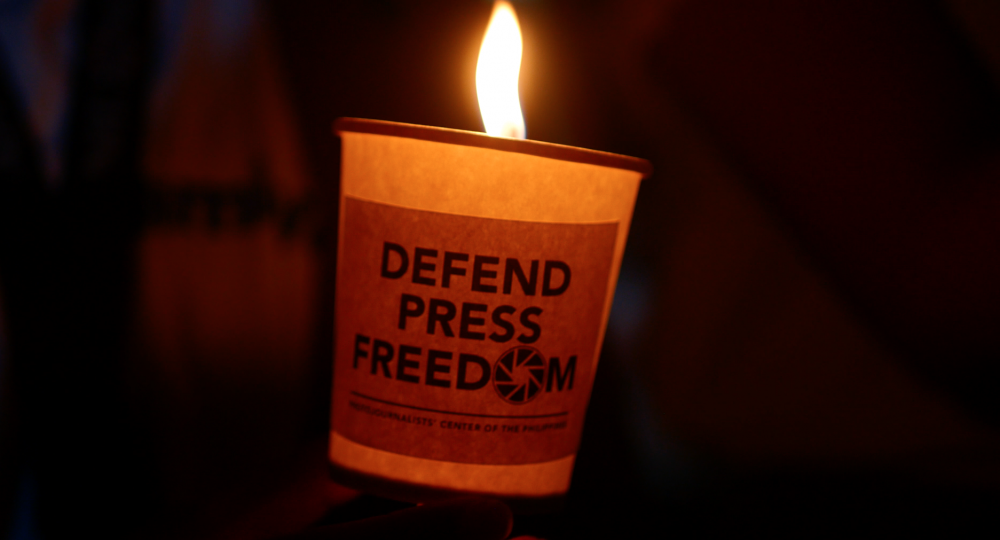 The series of hearings in the Philippine Senate is reminiscent of Joseph McCarthy’s unsubstantiated claims in the United States back in the 1950s. The U.S. Senate then later on condemned McCarthy’s recklessness, calling his conduct “contrary to senatorial traditions.” Much like McCarthy, Capuyan and the so-called government witnesses could not present any iota of evidence but, unfortunately, the Senate is allowing itself to be used as a platform for such lies and disinformation.

It can be remembered that during the administration of Gloria Macapagal-Arroyo, Bulatlat was also included in the military’s Know thy Enemy powerpoint presentation and Trinity of War, a list of so-called communist fronts released in 2002 and 2003 respectively. Under the Duterte administration, our associate editor Danilo A. Arao was among those named in the 2019 Oust Duterte matrix, which was revealed as a product of wild imagination.

The NTF-ELCAC’s rabid red-tagging is the latest in the Duterte administration’s attempts to discredit the profession. For the past four years, Duterte and his minions regard truth-tellers as enemies of the state for exposing the administration’s gross human rights record, and lately its inefficiency in handling the COVID-19 pandemic and the aftermath of recent strong typhoons.

Similar to the attacks on ABS-CBN, Rappler, and the Philippine Daily Inquirer, the terrorist-tagging, filing of trumped-up charges, and other forms of harassment against the alternative media practitioners intend to intimidate Filipino journalists into silence. The Duterte administration desperately wants to turn the Philippine media into a mouthpiece, publishing only its side of the issues or resorting to “he said, she said” type of stories that muddle the truth, confuse the public, and contradict the standards and ethics of responsible journalism.

The red-taggers’ mantra “If you are not with us, you are against us” is so skewed and illogical. The media’s role is to serve as a watchdog of wrongdoings especially by those in power. During periods of crisis in the Philippine history, such role proved vital in the fight against anti-people governance and repression.

Our allegiance is to the truth. That such truth hurts those in power only affirms even more the relevance of independent and fearless journalism. We in Bulatlat will continue to perform our tasks, alongside our colleagues in the alternative and dominant media, because the Filipino people deserve no less.

We will not be muzzled. In our nearly 20 years of existence, Bulatlat  did not waver when state security forces branded us as “enemies of the state,” when our reporters were put under surveillance, and our website subjected to massive cyber-attacks.

Our reason for being remains. The struggles of the marginalized and the oppressed have not ended, and our work of amplifying their voices is all the more needed in this time of tyranny.

While this is the nth time that Bulatlat and several alternative outfits have been red-tagged, Duterte’s policy of linking journalists and human rights defenders to revolutionary groups poses graver dangers now because the climate of violence and impunity that he has emboldened is unprecedented.

We call on the public to defend press freedom and their access to information. Let us guard the hard-won freedom fought for by those before us.