You Are Here: Home → 2020 → December → 16 → Groups condemn murder of doctor and husband, highlight dangers of red-tagging 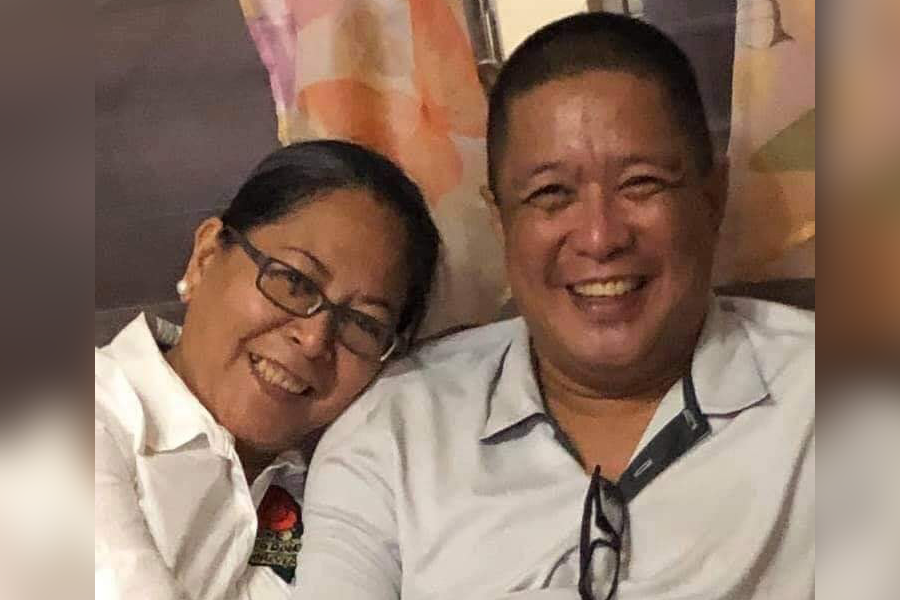 Sancelan is the head of the Inter-Agency Task Force on Emerging Infectious Diseases in Guihulngan City. Her name was included in the so-called hit list of a local anti-communist vigilante group Kagubak, which was also involved in red-tagging several organizations and individuals in Negros. Before Sancelan, five others in the list were killed between 2018 and 2019.

In a statement, Renato Reyes, Jr. secretary general of Bagong Alyansang Makabayan said “this latest case of political killings shows the grave dangers of the deadly practice of red-tagging.”

“A person’s name appeared on a ‘list’ and she is branded as a rebel combatant. Others on that list, a lawyer and a teacher, were also killed last year. This veritable death sentence violates due process, presumption of innocence and the rule of law,” Reyes said.

Cristina Palabay, secretary general of Karapatan, also expressed outrage over the killing of the couple, adding that their “killing reveals that the threats of tagging individuals as part of the New People’s Army are real and certainly not contrived.”

“The merciless death of the Sancelan couple reveals how the Duterte regime continuously turns various provinces into places of bloodbath since it passed orders such as the Executive Order No. 70 and Memorandum Order No. 32 to legitimize the intensified presence of the police and military,” she said.

Bishop Gerardo Alminaza, D.D., of the Diocese of San Carlos called for killings to stop.

“Her only crime, much like the soon-to-be born-infant Jesus in a manger, was her unselfish service to the poor people of Guihulngan—both as a ‘barrio doctor’ and as ‘defender of the poor,” Alminaza said in a statement.

He said that Sancelan’s life and her commitment to true government service deserves recognition.

‘Dreamt of becoming a doctor to serve the people of Guihulngan’

The Council for Health and Development (CHD) said that Sancelan dreamt of becoming a doctor to serve her people in Guihulngan. It was made possible through the help of the Franciscan friars who supported her as a scholar until she finished medicine, the group said.

Sancelan went back to Guihulngan and served as its only public health physician until she became city health officer a few years ago servicing 33 barangays, according to the CHD.

They also lamented that instead of giving recognition to the lone doctor of the city, Sancelan was included in a hit-list falsely accusing her as NPA spokesperson.

“Although she feared for her life, Dr. Sancelan chose to stay in her beloved hometown and continued to be involved in public service even after her work in the city health office,” the group said.

Meanwhile, Guihulngan City IATF also mourned the death of Sancelan whom they described as a courageous and dedicated frontliner who was instrumental in controlling the spike of COVID-19 cases in the city last November.

“We are confused and in shock of this painful fate befalling our fellow public servants. Even now, we grapple to fill the gaping void Dr. Sancelan left in the service and in the Task Force,” the Guihulngan City IATF said in a statement.

Palabay said that this pattern, the red-tagging of individuals who would be later killed, is precisely the cause for great alarm for many since there have been no credible and impartial investigation and prosecution of these killings.

“How many more people need to suffer the fate of the dozens of individuals killed – red-tagged as terrorists and then end up dead? Health frontliners like them who rendered invaluable service and sacrifice especially during the pandemic were not only exposed to a deadly virus but to a dangerous political environment,” said Palabay.

Reyes also said that the death of the couple should be laid at the doorstop of Malacanang.

“For one, the national government has failed to stop, and is in fact even encouraging baseless red-tagging. It has failed to protect the rights of citizens with lawyers, doctors, journalists and human rights defenders being killed with impunity. It is also very likely that those engaged in anti-communist witch-hunting stand the most to gain and are behind these killings,” he added.

He also urged the international community including the International Criminal Court to “take note of this state of lawlessness in the Philippines, where even medical frontliners are subjected to red-tagging and are killed.”

“The leadership of Guihulngan police and Negros province should be relieved for failing to stop the killings in their area. The rights of human rights defenders, lawyers, doctors, activists, farmers, workers and youth should be protected,” Reyes said.