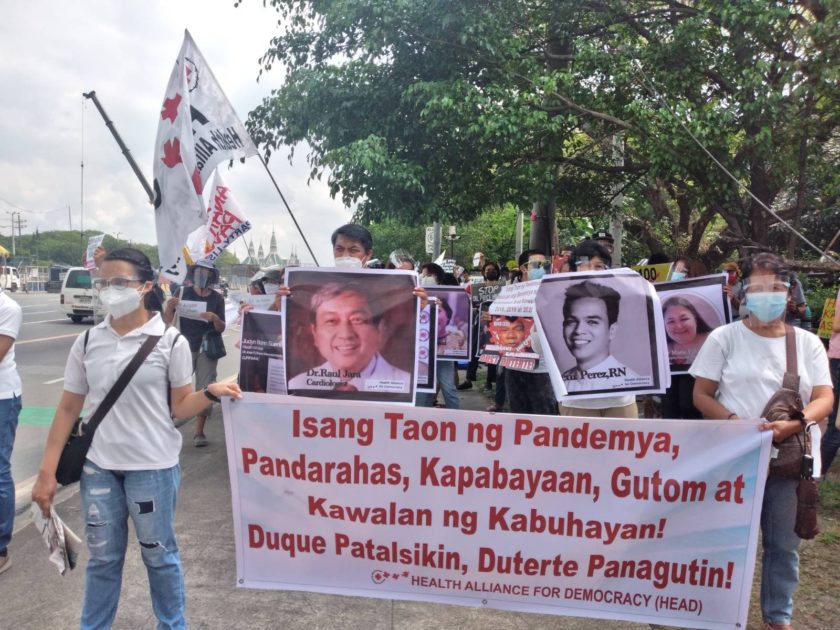 This is how Kilusang Magbubukid ng Pilipinas Chairperson Danilo Ramos described in a statement the ongoing government response – a year into the world’s longest and strictest lockdown.

On March 17, Filipino progressives marched to the Commission on Human Rights to assail President Rodrigo Duterte’s inefficient pandemic response and to press for a P10,000 (US$205) monthly financial aid for the poor. Ramos said that the country seems to be back to square one, with the rising cases of COVID-19 and the implementation of a stricter lockdown.

The virus is already deadly, but it is made more lethal by Duterte’s catastrophic incompetence. And he thinks it’s no big deal. #dutertepalpak

A year since the lockdown, more Filipinos have become economically insecure, with women from poor communities bearing the brunt. The Philippine economy suffered a 9.5-percent contraction last year, the “worst on record” since the end of World War II, when the gross domestic product started to be the economic estimate for the country.

Filipinos also took to Twitter how the Duterte administration responded to the pandemic, using the hashtag #DutertePalpak. 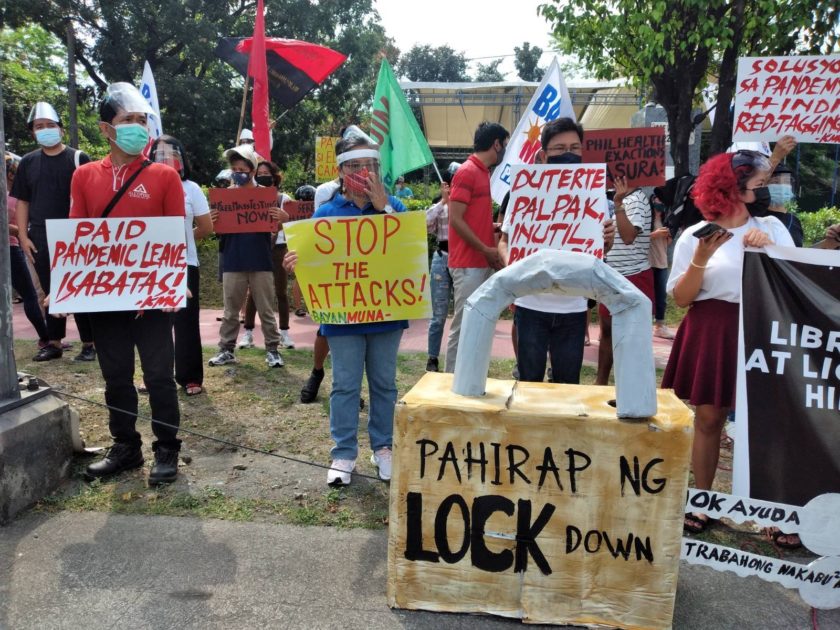 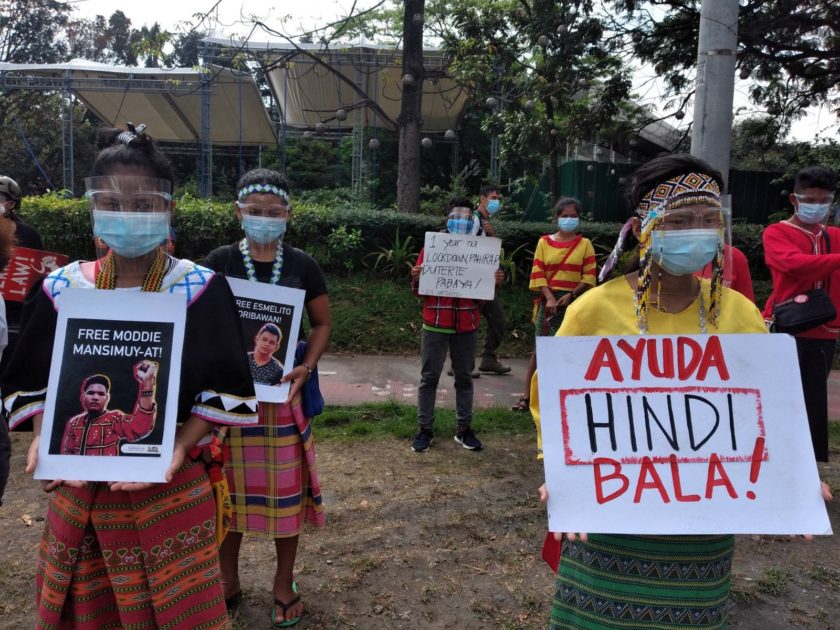 College Editors Guild of the Philippines found the recent statement of a government official that likened the lockdown into a vacation as “shameful and inconsiderate” and highlighted that the lockdown has exposed the Duterte administration’s negligence towards the pressing concerns faced by the Filipino people.

“The one-year-long pandemic lockdown experienced concerns in the realms of economy, education, health, and other dilemmas faced by various sectors of society. Despite developing measures that seek to address the concerns of vaccination, mass testing, a safe resumption of classes, support of medical workers and laborers, the Duterte administration remains persistent in publicizing its anti-people campaigns and nationwide crackdown towards groups and individuals who genuinely forward the demands of the people.” CEGP said in a statement.