Despite COVID-19 loans, aid for the poor insignificant 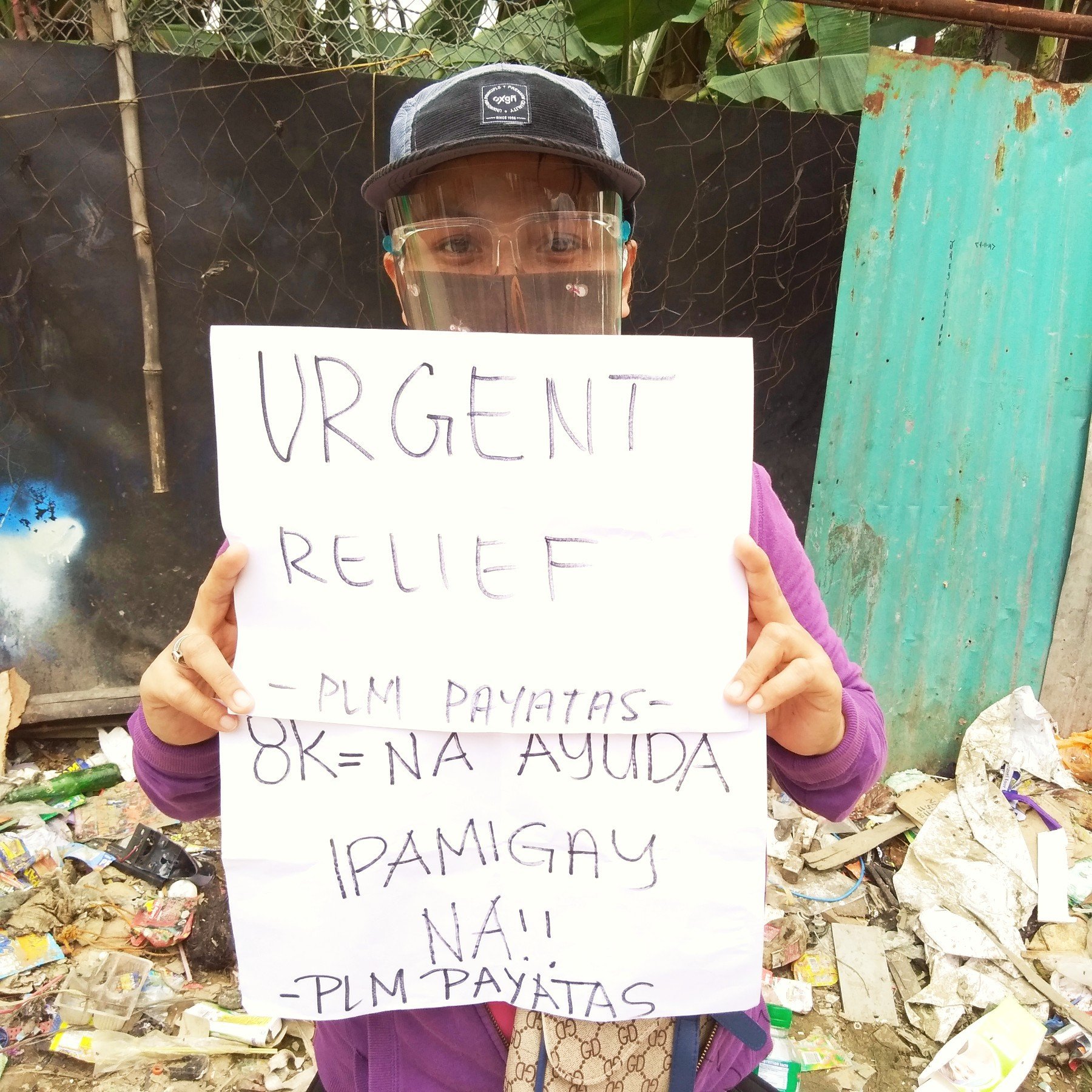 “Such huge debts but we never got even five kilos of rice. And we will be the ones to pay those debts through our taxes. My grand-grand children might end up paying for those.”

MANILA – For two impoverished women, the longest lockdown is essentially the longest suffering.

Megan, a 31-year-old mother of two, found it more difficult to make ends meet since the lockdown was imposed in Metro Manila. Before the pandemic, her husband would buy and sell scraps in a junk shop near their house in Payatas, Quezon City, earning between 150 pesos to one thousand pesos (US$3 to US$21) daily.

When mobility was restricted, the family’s income significantly shrank. One time, her husband was arrested for violating quarantine measures while collecting plastic materials, bottles and other junk to sell. These days, Megan’s husband would repair appliances just so they could put food on the table and buy internet load, an additional expense for the girls’ schooling during this pandemic.

“We spend P50 per day for internet load. Instead of using that amount to buy rice, we have no choice but to spend that for online learning,” Megan told Bulatlat in a phone interview.

One year into lockdown, she was not consoled by President Rodrigo Duterte’s recent statement. In a public address, Duterte told the Filipino people, “Kaya natin ito. Itong COVID-19. Maliit na bagay lang ito. Madami tayong nadaanan. Huwag kayong matakot, hindi ko kayo iwanan.” (We can beat COVID-19. This is a small matter. We have been through a lot. Do not fear, I will not leave you.)

“This government does not provide aid, and now they are planning again to restrict our freedom to earn a living,” Megan said, reacting to reports of possible tighter quarantine measures.

In 2020, the Duterte administration received P113.4 billion (US$2.3 billion) in loans and budgetary support from the World Bank, Asian Development Bank and Agence Française de Développement for social protection of the poorest and the most vulnerable.

Megan said she and her neighbors tried to apply for aid from the Department of Social Welfare and Development (DSWD), queuing up twice as early as 5:00 a.m. but they all went home empty-handed.

Since the lockdown, Rapiz could no longer go to public markets to sell their crops. It was only through the help of Kilusang Magbubukid ng Pilipinas (KMP) that they were able to sell some of their produce via online selling dubbed Bagsakan.

Like Megan, Rapiz and her family did not get government assistance. All of her 10 children lost their jobs, including three who are jeepney drivers. “They said there’s aid for us. But I did not receive anything.”

Megan and Rapiz are among the millions left behind in the government’s social amelioration program.

For those who were able to receive aid, independent think tank IBON Foundation said that emergency cash assistance is just “token aid.” According to IBON, various cash assistance programs of government from March 2020 until December 2020 amount to just P6 to 183 (US$0.12 to US$3.76) daily.

IBON added that public debt has soared to an all-time high, already reaching P9.8 trillion (US$201.35 billion) toward the end of 2020. Hearing about Duterte’s loans, Megan quipped in Filipino, “Such huge debts but we never got even five kilos of rice. And we will be the ones to pay those debts through our taxes. My grand-grand children might end up paying for those.”

In an online interview with Bulatlat, IBON Executive Director Jose Enrique Africa lamented that the poor would be made to shoulder the debt burden through consumption taxes while the rich and middle-income citizens are given tax cuts.

What’s worse, Africa said, is the fact that the Duterte administration has yet to utilize a total of P178.5 billion (US$3.6 billion) from Bayanihan 1 and 2 Law funds as of March 15 this year. If the amount would be used to provide P10,000 (US$200) cash subsidy for those in need, nearly 19 million poor families would get immediate relief.

Africa said the problem lies with the lack of decisiveness on the part of the administration to deal with the COVID-19 pandemic, and address the urgent needs of ordinary citizens.