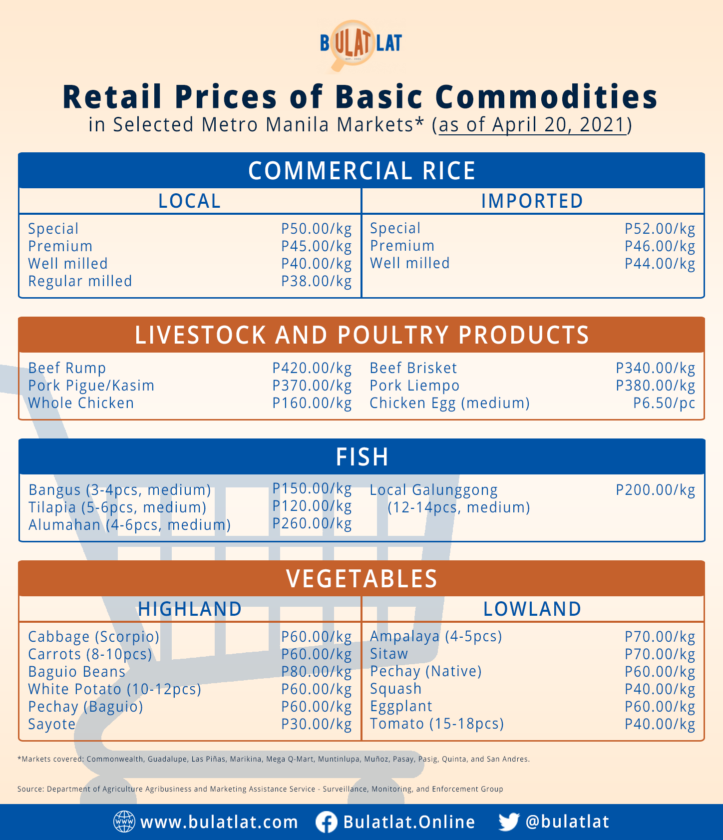 MANILA – A progressive youth group lauded those initiating community pantries in their neighborhoods as a response to the worsening poverty and hunger in the country.

“Going deeper from our culture of Bayanihan, community pantries are sprouting because the masses are well aware of the inutility of the Duterte administration to provide socio-economic aid and medical solutions amidst this global pandemic,” said Student Christian Movement of the Philippines National Spokesperson Kej Andres.

During the recent reverting to a stricter lockdown, President Duterte approved the release of a P22.9 billion ($473.2 million) financial aid for 22.9 million low-income residents of the National Capital Region, and the neighboring provinces of Bulacan, Rizal, Laguna, and Cavite. Beneficiaries were set to receive P1,000 ($20) each to a maximum of P4,000 ($82) per family.

But Andres said this was a “measly one-time” aid amid the spike in COVID-19 cases and the rise of prices of staple goods and services.

The Duterte administration, for one, has yet to bring down the pork meat costs in the local market and has instead turned to increasing imports despite warnings that it would kill the already dying hog industry.

Kilusang Magbubukid ng Pilipinas recently said increasing the pork imports will not lead to lowered prices in the local market as seen when the country passed the Rice Liberalization Law, where Filipino farmers suffered at least P90 billion ($1.9 billion) in losses but prices remained high.

Such increase in food prices, along with the mass displacement of Filipino workers due to COVID-19 and poor social protection from the government, made more urban poor turn to community pantries to get by.

“However, this undertaking of the masses does not end with these pantries. They will become avenues to strengthen community organizing and action, address immediate concerns, and demand accountability from this incapable government,” Andres said.