Market Watch | What does it take to cook adobo?

“The DTI [Department of Trade and Industry] wants to talk about the standard of adobo, I hope we all have the means to purchase ingredients to cook it first,” says labor group Kilusang Mayo Uno in a statement.

On July 9, the Department of Trade and Industry announced that they established a technical committee for Filipino dishes such as adobo, sinigang, lechon, and sisig.

This, Neil Catajay of Bureau of Philippine Standards said, will “pave the way toward a more distinguished Filipino food culture while establishing the common ground for food businesses.”

However, the labor group argued that it is “more appropriate is to talk about the standard of living of the average worker.”

Workers from the public and private sectors have rallied for years demanding for a P750 ($14) national daily minimum wage from the current Metro Manila rate of P537 ($10.74). While laborers from the regions suffer the most with only a P256 ($5) daily wage rate.

For a family of five, it would cost approximately P757 ($15) to cook adobo that is enough for them to feast on. This is a stark contrast to the measly daily wage that workers in the Philippine capital are receiving, and even more out of reach for those in other regions, where the minimum wage is much smaller.

The group also iterated the ongoing food crisis in the country, “Even before the pandemic, Filipinos were already hungry. Now, one out of every three Filipinos says they are malnourished,” they lamented. 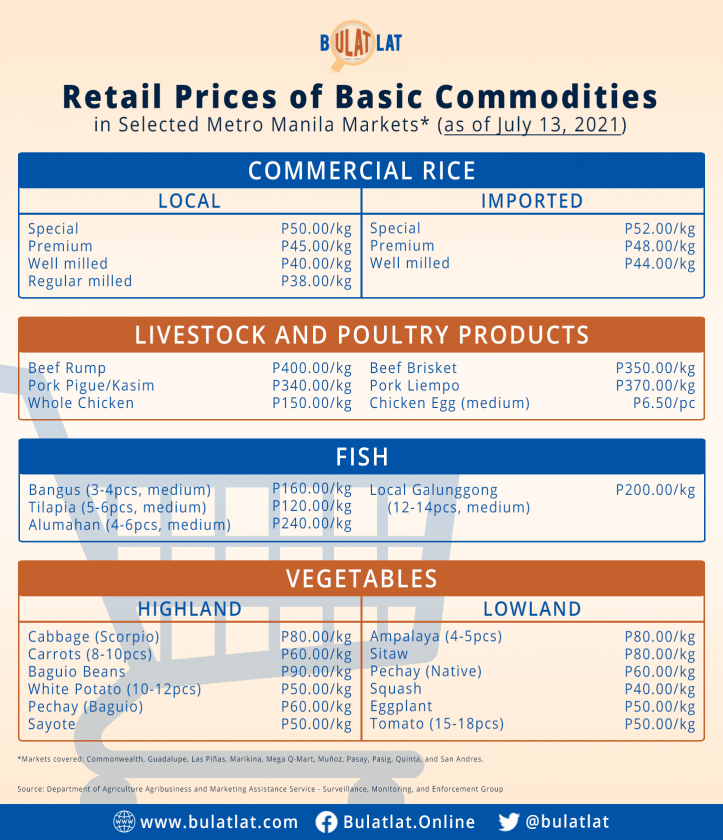 Their statement reflected government findings in 2020 from the Food and Nutrition Research Institute of the Department of Science and Technology which revealed that 62 percent of Filipinos suffer from moderate to severe food insecurity.

KMU appealed, instead, to redirect government efforts to providing sufficient wage and benefits across all sectors.

“Give us a living wage and stop contractual labor. Decent living for everyone – that would be the standard,” they ended. (JJE/RVO)