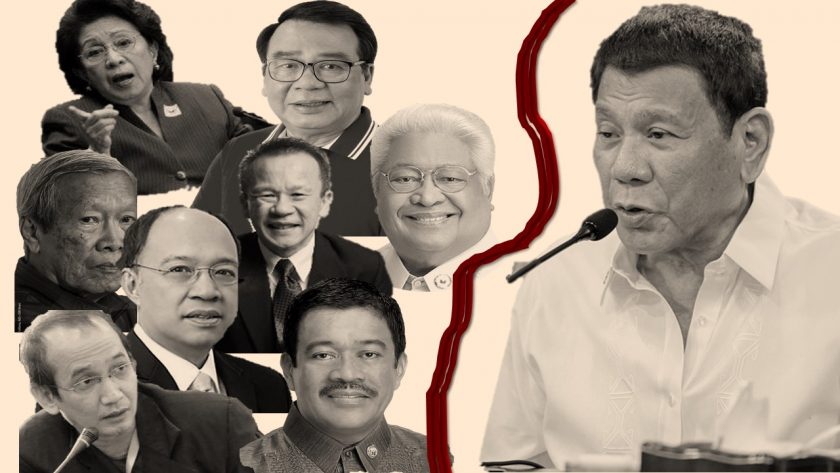 MANILA — Prominent Filipino lawyers debunked President Rodrigo Duterte’s claim during his party assembly on July 17 that his possible vice presidential bid for the 2022 elections will give him immunity from suit.

“The people should not allow a person to become our vice-president, not to serve the country, but for self-serving personal interest,” former Bayan Muna lawmaker and human rights lawyer Neri Colmenares said.

Colmenares and Bayan Muna Rep. Carlos Zarate described his plans to run for the vice presidency and escape accountability as “legally insane” and “shameless.”

Former Ombudsman Conchita Carpio-Morales said Duterte’s plan to run for vice president reflected his legendary empty boasting and confirmed that he is cowardly.

Duterte is being investigated by the International Criminal Court (ICC), with its pre-trial chamber to start an investigation on alleged crimes against humanity in relation to the Duterte administration’s war on illegal drugs.

The ICC conducted a preliminary probe that began in February 2018, which focused on documented complaints and information from various sources. A 57-page report later showed that “there is a reasonable basis to believe that the Crime Against Humanity of murder was committed” in the Philippines from July 1, 2016 to March 16, 2019.

Read: ICC probe on ‘drug war’ must be pursued

Presidential Spokesperson Harry Roque, on the other hand, initially dismissed their concerns, saying that these lawyers do not deserve the president’s attention. Later, Roque claimed that it “is an opportunity to provoke jurisprudence.”

In a statement, Albay Rep. Edcel Lagman said that the immunity the president enjoys is “solely from the domestic or national judicial jurisdiction.”

He said that when the Philippines became a State party to the Rome Statute, which created the ICC, the country waived any immunity even for the President and “acceded to the jurisdiction of the ICC for covered offenses like crimes against humanity which were committed before the Philippine withdrawal from the Rome Statute became effective in March 2019.”

Read: ICC may use Duterte’s statements against him

Lagman said, “this will not happen in favor of Duterte because no domestic court has jurisdiction over him during his incumbency for complementarity to apply.”

In a statement, National Union of Peoples’ Lawyers President Edre Olalia said only the president is immune from suit, and “this is not even spelled out in the present 1987 Constitution – unlike in the 1973 Marcos Constitution – but only recognized in prevailing jurisprudence.”

Olalia said that the claim that the vice president is immune from suit “is rewriting the Constitution, the law and even jurisprudence.”

Calleja said the vice president is given limited functions per Article VII of the Constitution, citing the duty to succeed the president in case of “death, permanent disability, removal from office, or resignation” as the most important.

“The vice president’s functions do not justify a grant of immunity. In addition, to desire the shield of immunity only reveals the feeling of guilt and the intention to run away from the rule of law,” said Calleja.

In an interview with DZMM Teleradyo, former UP College of Law Dean Pacifico Agabin further clarified that the presidential immunity from suit is not found in the 1987 Constitution but was lifted from a Supreme Court decision. Other ranking government officials, he added, only enjoy “qualified immunity” if they are able to prove that the case in question is classified under official functions.

Calleja said “run as he will” because the opposition is not scared as the president is the one trying to elude accountability.

“He tarnishes the dignity of the Office of the President, and blatantly flaunts his false presumptions of his ‘invincible political stronghold’ created by his army of social media trolls, well I look forward to his candidacy and his rejection in the May 2022 election,” he added. (JJE, RVO)