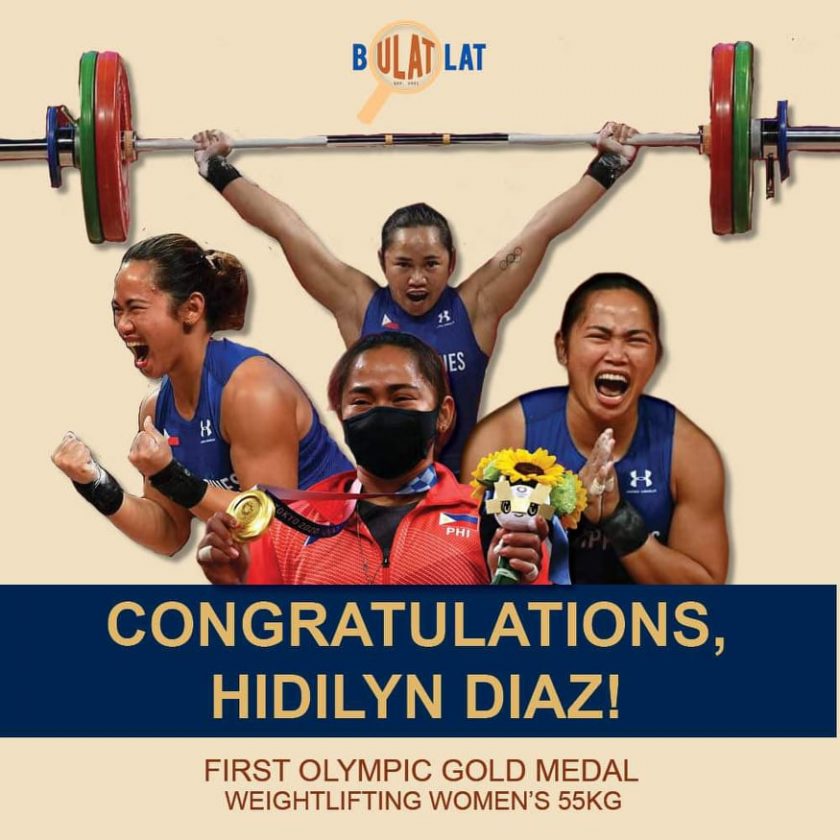 “Thank you so much for believing in me. When there are times when I wanted to quit because of all the challenges I had to go through, but I and the rest of the Filipinos were able to get through,” Diaz told ABSCBN reporter Gretchen Ho in an interview.

Diaz had a strong start clearing 94kg in her first attempt, followed by an Olympic record of 97kg in her second attempt. Muattar Nabieva of Uzbekistan reset the record by clearing 98kg in snatch, while Diaz did not record a lift after leading 99kg.

In the clean and jerk, Diaz lifted her second attempt of 124kg which went head-to-head with China’s Liao Quiyin, a record holder who lifted 126kg in her third attempt.

In 2019, Diaz revealed in her social media account that she was struggling financially to support her preparations for the upcoming Tokyo 2020 competition.

“Is it okay to ask for sponsorship from private companies as we approach Tokyo 2020? It has been very difficult, I need financial support,” wrote Diaz in her Instagram story.

Her name was also included in a matrix of supposed government destabilizers seeking to oust President Duterte.

“After all that I went through, God prepared me to be strong today,” she said.