‘Duterte’s VP bid is a mockery of Constitution, driven by fear of accountability’ 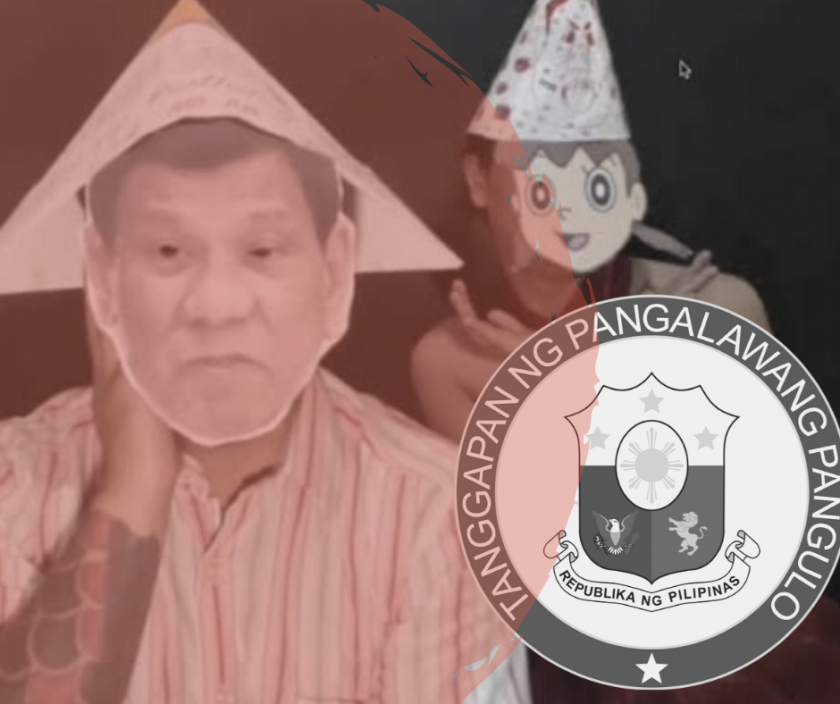 MANILA – Various groups have criticized President Rodrigo Duterte’s acceptance of his political party’s endorsement of his vice presidency bid in the upcoming 2022 national elections, saying this is not just a mockery of the Constitution but is also driven by fear of accountability as he is facing charges before the International Criminal Court.

“It shows a clear mockery of our Constitution and democratic process. Obviously, this is driven by fear of accountability both from the ICC and our own justice system. The candidacy is both legally and morally wrong, and we trust that the Filipino people will realize his brazen, selfish and self-serving motives,” said 1Sambayan, a coalition seeking to unite the broadest possible opposition in the next elections with retired Supreme Court Chief Justice Antonio Carpio as its lead convenor.

The president’s reported “acceptance” was announced on Tuesday by Karlo Nograles, the executive vice president of PDP Laban party, saying this will “guarantee continuity of the administration’s programmes during the past five years.”

His acceptance to the nomination is expected to be formalized in their scheduled party convention on Sept. 8.

President Duterte admitted earlier that he might run for the vice presidency to avail of alleged immunity from suits, a claim that was debunked by law experts.

Apart from the president, his former close aid and now Sen. Christopher Go and his daughter Davao City Mayor Sara Duterte are also being groomed as top-of-mind candidates.

“Sadly, today’s declaration comes at the heels of numerous allegations of corruption and continuing EJK, even as we mourn the death of 30,000 Filipinos due to a failed COVID-19 response,” said 1Sambayan.

Preparing for next elections

In a statement, Kabataan Partylist said that running as vice president is an attempt to circumvent term extension and perpetuate himself beyond 2022.

“The Duterte dynasty will use public funds as its election war chest for corruption and violence against those who will pit against them, and to deceive the people,” said Kabataan Partylist Spokesperson Raoul Manuel, adding that the Office of the President, per the proposed National Expenditure Program next year, is asking for at least P4.5 billion ($90 million) of confidential and intelligence funds.

Since 2016, the budget for confidential and intelligence funds has increased by 800 percent (from only P500 million or $10 million then). By its nature, the Commission on Audit has found it difficult to audit. Last year, President Duterte vetoed a provision in the budget that would require his office to submit quarterly reports on how these funds are being used.

President Duterte said these are exceptions to the right to information as it involves national security.

Apart from his intelligence funds, the Duterte administration has also asked for a P28.1 billion ($561.6 million) budget for the National Task Force to End Local Communist Armed Conflict. This is a 47-percent increase from its current budget of P19 billion ($379.5 million). Government workers union Courage found it audacious that the government would ask for such an increase when it has “done nothing but funnel funds for the military and police to commit more human rights violations, and also to the delight of his cronies in Davao City.”

The state workers union noted that the Duterte administration released billions of public funds to supposed “communist-free” villages in the Davao region, including Davao City, his hometown.

Manuel observed that there are also lawmakers who are fast-tracking the passing of the 2022 budget in preparations for the election.

Kabataan Partylist also lamented why President Duterte announced his plans in running for the second highest position in the country while there are rising cases of COVID-19.

“Testing, vaccination, and aid distribution have been very slow. But when it comes to elections, President Duterte is quick to act on it. He is no longer the reluctant politician as he portrayed himself in 2016 because he is desperate to remain in power,” said Manuel.

In a statement, Bayan Muna Rep. Eufemia Cullamat said President Duterte did not keep his promises and that his re-election will only “continue the six years of a bloody record of his administration.”

“Countless people have been killed in the name of fighting illegal drugs and terrorism. Thousands of families are in pain for losing their loved ones due to the killings and human rights violations of this administration. This tyrannical rule must end,” said Cullamat.

For farmers groups Kilusang Magbubukid ng Pilipinas and Anakpawis Partylist, the Filipino people have had enough of President Duterte. They called for groups to unite and “push back to stop Duterte’s delusional attempt to overstay in power.”

“Six years under Duterte is like a lifetime of misery. We must not allow an extension,” said Anakpawis president and former Agrarian Reform Secretary Rafael Mariano, adding that the situation of farmers has worsened under Duterte.

Manuel said, “he will run as vice president to evade all the cases filed against him. He has everything to lose. And he will lose. The youth will make sure of it.” (RVO)