You Are Here: Home → 2021 → October → 17 → How the accused masterminds of the Olalia-Alay-ay slay relished impunity 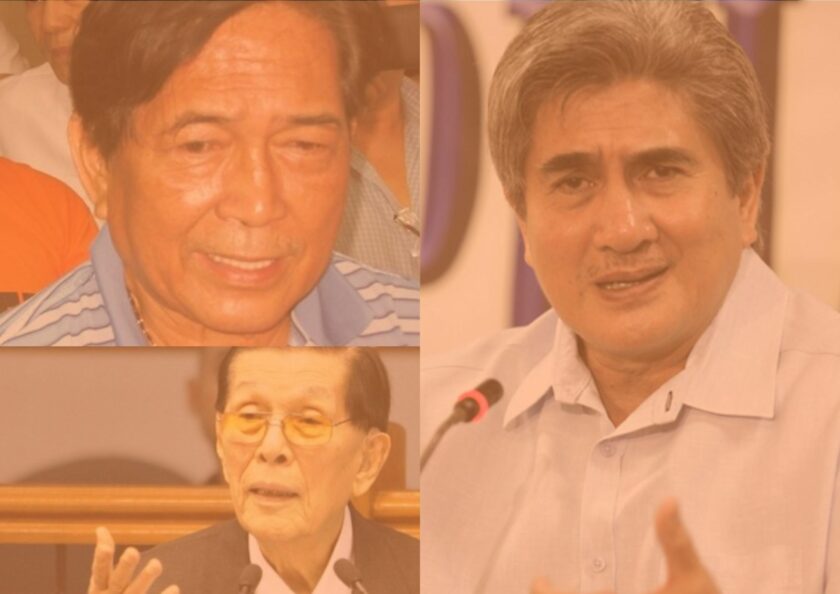 Punishing a handful while the perceived masterminds remain off the hook reeks of impunity.

After nearly 35 years, the Antipolo Regional Trial Court found three soldiers guilty beyond reasonable doubt of murdering labor leader Rolando Olalia and Leonor Alay-ay. It took 26 years before a handful of those implicated was taken into custody for which the Department of Justice (DOJ) created the latest prosecution panel against the accused elements of the military. Then another nine years passed before arriving at a conviction.

And when that conviction did arrive, it was justice but only partial, and delayed.

All in all, 13 members of the Reform the Armed Forces Movement (RAM) were charged with the murder. The organization was responsible for the successive coups during Corazon Aquino’s presidency. Despite lengthy and detailed testimonies implicating the alleged masterminds of RAM, the Antipolo RTC ended up convicting only three — Dennis Jubatan, Fernando Casanova, and Desiderio Perez.

For 35 years (and counting), the accused masterminds of the Olalia-Alay-ay double murder roam the country and the world free from accountability.

Kapunan is a graduate of the Philippine Military Academy’s Matatag Class of 1971. He graduated alongside Gregorio Honasan and Victor Batac, co-founders of RAM. On March 25, 1995, he benefitted from former President Fidel Ramos’ amnesty to military rebels.

Kapunan has conveniently escaped accountability over the Olalia-Alay-ay murder. Despite testimonies clearly showing his participation, he has been able to walk freely — within and outside the government, at that.

In 2009, he turned himself in to the military, saying that he had an arrest warrant for the Olalia-Alay-ay slay. He was held in custody in the AFP General Headquarters — automatically giving him far better accommodations than a convict or suspect in ordinary correctional facilities.

In 2013, Kapunan admitted that he ordered surveillance on Olalia, but denied having been involved in the murder. Despite testimonies pointing to his apparent involvement in the case, Kapunan was allowed to post bail at the amount of P400,000 in the same year.

Meanwhile, other members of RAM who were arrested and put in jail were neither allowed to post bail nor granted custody in a military facility.

Kapunan was appointed to the top and critical positions in administrative agencies despite having a record of initiating coups and conducting intense surveillance on perceived enemies of the state.

In 1993-1995, ironically, he was made chief operations officer of the Witness Protection Program of the Department of Justice (DOJ). He served as a consultant of the Overseas Workers Welfare Administration (OWWA) and to the National Unification Commission, which conducted exploratory meetings with the Moro Islamic Liberation Front and Moro National Liberation Front. Before his appointment as Special Assistant to the Secretary of Foreign Affairs, he also served as a consultant to the Office of the Presidential Adviser for the Peace Process (OPAPP).

In 2007 and 2008, he was appointed by former President Gloria Macapagal-Arroyo as Assistant Secretary for Iloilo and Bacolod-Silay Airport in the Department of Transportation and Communications (DOTC). In 2008, he became Deputy General of the Civil Aviation Authority. From 2017 up to the present time, he has served as Philippine Ambassador to Myanmar and now to Germany.

In 2006, Kapunan conveniently ‘reinvented’ himself to a financial manager and invested in banks and, later on, own one in Iloilo.

In 35 years, Kapunan has managed to avoid accountability all along.

A state witness named Gringo Honasan as one of the commanding officers of soldiers who abducted, interrogated and then murdered Olalia and Alay-ay.

Read: Gringo Honasan named as one of commanding officers of team that abducted, killed Olalia, Alay-ay

Despite being implicated in the Olalia-Alay-ay slay, no charges were ever filed against Honasan. The testimonies against him were all not admitted for being ‘hearsay’.

Honasan co-founded RAM. During Martial Law, he served as aide-de-camp to then-Defense Minister Juan Ponce Enrile and helped the latter devise a coup against the Marcos dictatorship.

Because of this, he was granted a Distinguished Conduct Star and the Presidential Government Medal in 1986 by former President Corazon Aquino. He was also recognized by the Philippine Jaycees as one of the Ten Outstanding Young Men in 1985.

Ironically, he would, later on, plot and stage a series of coups against the same president who granted these distinctions. In 1992, former President Fidel Ramos granted him amnesty under the same proclamation that Kapunan benefitted from.

In 1995, he started to enter politics, running as an independent candidate for Senator. Before running as vice president under the United Nationalist Party (UNA) in 2016, he already served four terms as Senator. In 2018, he was appointed by President Rodrigo Duterte as Secretary of the Department of Information and Communications Technology (DICT).

Aside from being a coup mastermind, Honasan has been implicated in the misappropriation of millions of funds from public coffers. In 2015, he was implicated in the pork barrel scam. Three years later, DICT, under his leadership, was flagged by the Commission on Audit (COA) for having P300 million worth of cash advances under “confidential funds”. The controversy reached its peak when his undersecretary, Eliseo Rio, questioned these cash advances and consequently resigned from his post.

Last week, Honasan filed his certificate of candidacy for senator in the 2022 elections.

But not once was he charged for the crime. Like Kapunan and Honasan, his public service career flourished as if no crime was imputed against his name. He held the position of a Senate President twice, after having been elected to the Senate for four terms.

It was only when he was implicated in a corruption scandal in 2013 that he resigned from being Senate president. The scandal involved Enrile’s personal distribution of cash gifts to senators who promised to not oppose him. In that same year, Enrile’s involvement in the pork barrel fund scam was exposed to the public. He, along with Senators Bong Revilla and Jinggoy Estrada were indicted for plunder. Obviously, up to this day, none of them have been convicted for allegedly amassing wealth from the nation’s coffers.

In 2016, Enrile was also recorded to be the senator with the sixth-highest net declared wealth at P122 million.

Only the ‘lowly operatives’ punished

The ‘lowly operatives’ such as Jabatan, Casanova, and Perez are the only ones facing the consequences of a crime, which apparently was sanctioned by the higher-ups.

When the conviction of the three sergeants broke, information on the whereabouts of one of the top officers surfaced. It turned out that Col. Oscar “Tito” Legazpi had already passed away January of this year. Others reportedly died or were killed years ago.

As the son of Lando Olalia, Rico Rolando Olalia said, the fight for justice is not over until the nine others involved in the brutal killing and other unnamed principals have been held accountable. (RVO)