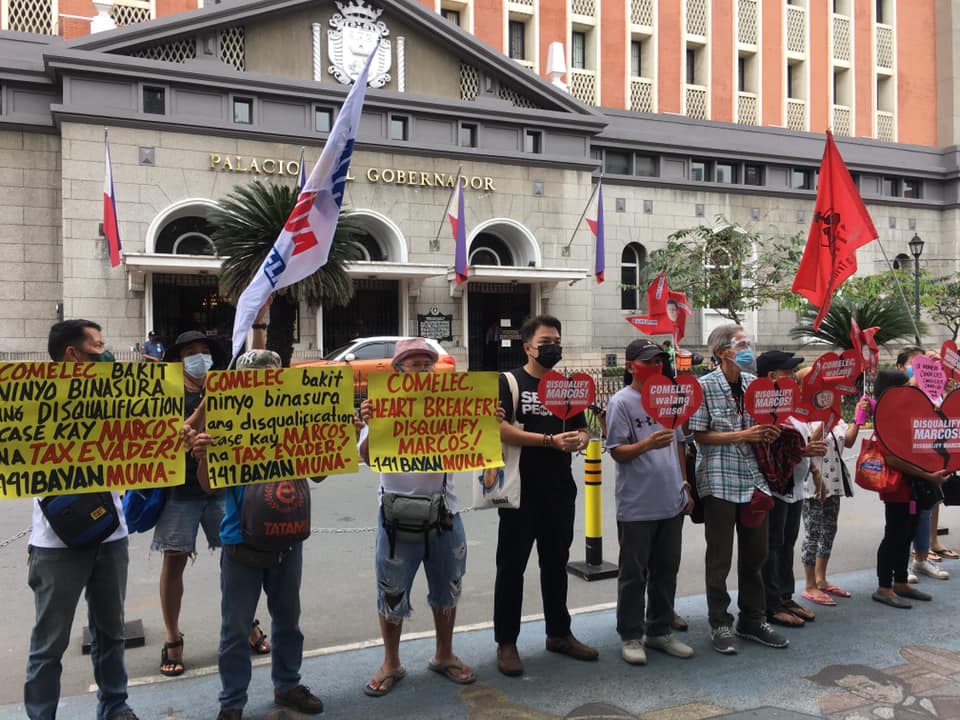 This is how the martial law victims described the decision of Commission on Election’s First Division on the consolidated petition to disqualify Ferdinand Marcos, Jr. They held a protest in front of Comelec on Monday, Feb. 14.

In a statement, Campaign Against the Return of the Marcoses and Martial Law or CARMMA said they are indignant and enraged because their assertion that Marcos Jr. should be disqualified from running as president is not merely a legal stand but right moral, political, and historical position. 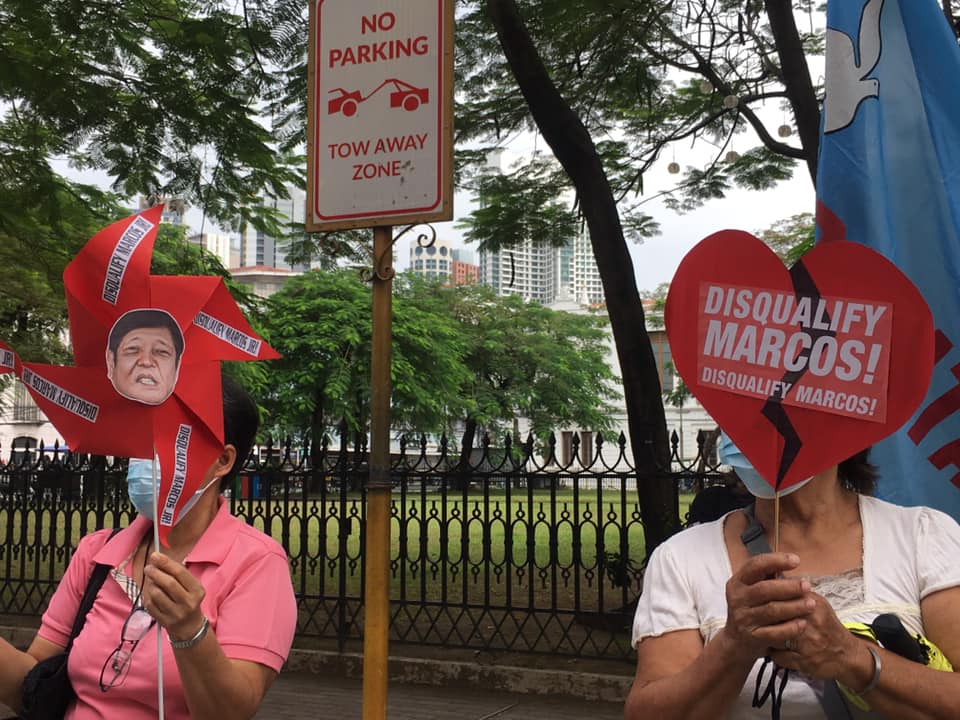 “To deny it and say that our petitions ‘lack of merit’ is to endorse the historical distortions perpetrated by the Marcoses, whitewash their crimes against the people, and abet their delusions of returning to power,” the group added.