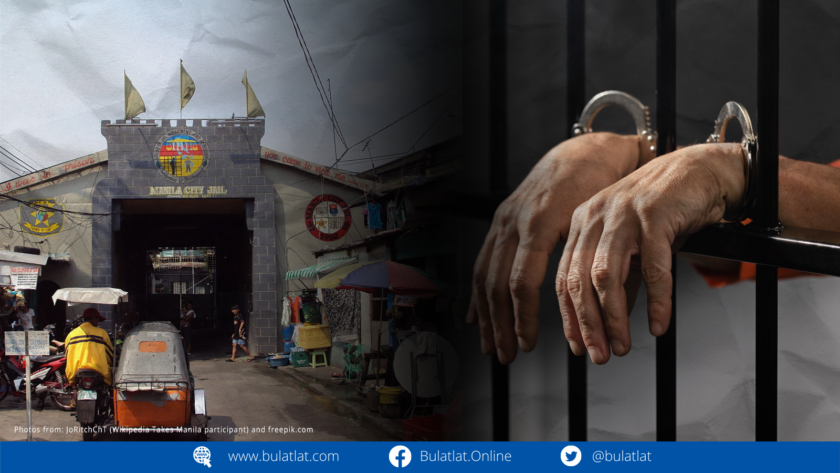 MANILA – Advocates called on the government to address the specific needs of women deprived of liberty.

UN Women with University of the Philippines Law Karapatan ng Komunidad sa Loob ng Selda (UP Law KAKOSA) launched a webinar on promoting equitable access to hygienic and gender-specific needs of women deprived of liberty to campaign for restorative justice and undertake efforts to uplift and protect the dignity and welfare of Persons Deprived of Liberty (PDL).

As of March 2020, about 3,364 women deprived of liberty share prison space intended for only 1,500 offenders in the Correctional Institution for Women in Mandaluyong City, the biggest penal facility for women in the Philippines.

Globally, the number of women deprived of liberty went up by 50 percent from 2005 to 2015 – faster than the recorded increase in the global prison population during the same period.

Fides Lim of Kapatid, a support organization of families and friends of political prisoners in the Philippines, talked about the challenges faced by persons deprived of liberty in terms of access to hygiene and other gender-specific services and how to advocate for the rights inside places of detention.

“We seek to draw attention and to seek changes to imperious jail regulations that bar families of women PDLs from sending in sanitary napkins as well as hygiene essentials like soap, simply because these are sold in co-ops inside jails,” she stated.

Lim explained that period poverty – the lack of access to sanitary products or limited knowledge of menstrual hygiene, often due to financial constraints – continues to be an issue affecting the rights to health and dignity of women deprived of liberty around the world.

“These co-ops, which are more like monopolies, sell this at a much higher price, deterring women PDLs, many of whom are poor, from buying them. At one time, even the washable cotton pads that were donated by the Commission on Human Rights for women political prisoners were barred from entry,” she continued.

Cora Agovida, a women’s rights activist who was acquitted last November 24, 2021 from charges of illegal possession of firearms and explosives, shared her experiences during her two-year detention at the Manila City Jail female dormitory.

“There is only one bathroom that is 1.5 x 1.5 meters in size, which has two toilet bowls. There is only a daily ration of water because there is no running water or shower inside our dormitory. Three drums full of water are allocated for bathing, laundry, and cleaning. Each PDL is given three liters of water for bathing and laundry throughout the day, while there is a liter ration for drinking water,” Agovida lamented.

She explained how prison congestion or overcrowding is an urgent issue to be addressed. “As a woman, I know how important health and hygiene is, but there are 130 of us trying to fit in a single dorm – which just looks like a small classroom. The stench of warm and sweaty bodies was overpowering due to the poor air circulation in the cell,” she said.

Due to the absence of running water, PDLs are forced to share their ration with one another. This is where what they call ‘load’ was invented, where used bathing water is once again collected in a basin and given to other PDLs to be used for cleaning or laundry.

“Even going to the toilet is difficult, because we have to wait for someone to have extra ‘load’ so we have water to flush the toilet and wash our hands with,” said Agovida.

Bathrooms are likewise congested, where up to five women can be taking a bath side-by-side. All while someone is seated on the toilet doing their business.

In addition, the menstrual periods women have to go through each month proved to be a challenge for Agovida and her fellow PDLs.

“We are not given a regular supply of necessities and have to save on napkins. There is an option to purchase from the co-op, but retail prices are double that of stores outside the city jail. That’s why there are instances where we wake up and see small pools of blood on the floor of our cell,” she lamented.

On rare instances where they are given toiletries, only a few are lucky enough to receive them, because these are donated to service providers of the Bureau of Jail Management and Penology (BJMP).

Currently, many PDLs have urinary tract infections or emit a pungent smell from their genitals due to a lack of feminine hygiene, while others develop boils on their genitals.

“If we have a fever or are experiencing menstrual cramps, they just let us take amoxicillin (antibiotics) and mefenamic acid (painkillers),” Agovida shared, “A lot of us sleep on the floor and under the bunk beds, we call them ‘balagbag’.”

For the ‘balagbag’, they get to sleep on the very same surface where they collect water and eat.

“Lice, boils, and ringworms are commonplace in the cell since it gets too crowded when we sleep,” Agovida continued.

Some of the reforms demanded by the PDLs are what Agovida called the ‘4Ps’ – patubig, pangkalinisan, pasilidad, at presyo (water, hygiene, facilities, and prices).

Patubig called for the installation of a faucet and shower for each dorm and regular uninterrupted water supply, while pangkalinisan appealed for the BJMP to provide hygiene kits regularly – at least twice or thrice a month.

Further, Pasilidad asked for standard-sized jail cells with proper ventilation and separate infirmaries for sick and pregnant PLDs, and an area for recreation and welfare services.

Lastly, Presyo assured that prices of goods sold at the co-op in the city jail will be regulated and that relatives of PDLs will be allowed to send them basic essentials, clothing, and an electric fan.

“This will be a huge undertaking for the BJMP, but it will guarantee and improve the health, well-being, and comfort of the PDLs in city jails,” Agovida implored. (RTS, JJE, RVO)