Justice grinds slow for 4 of the #HRDay7 still in prison 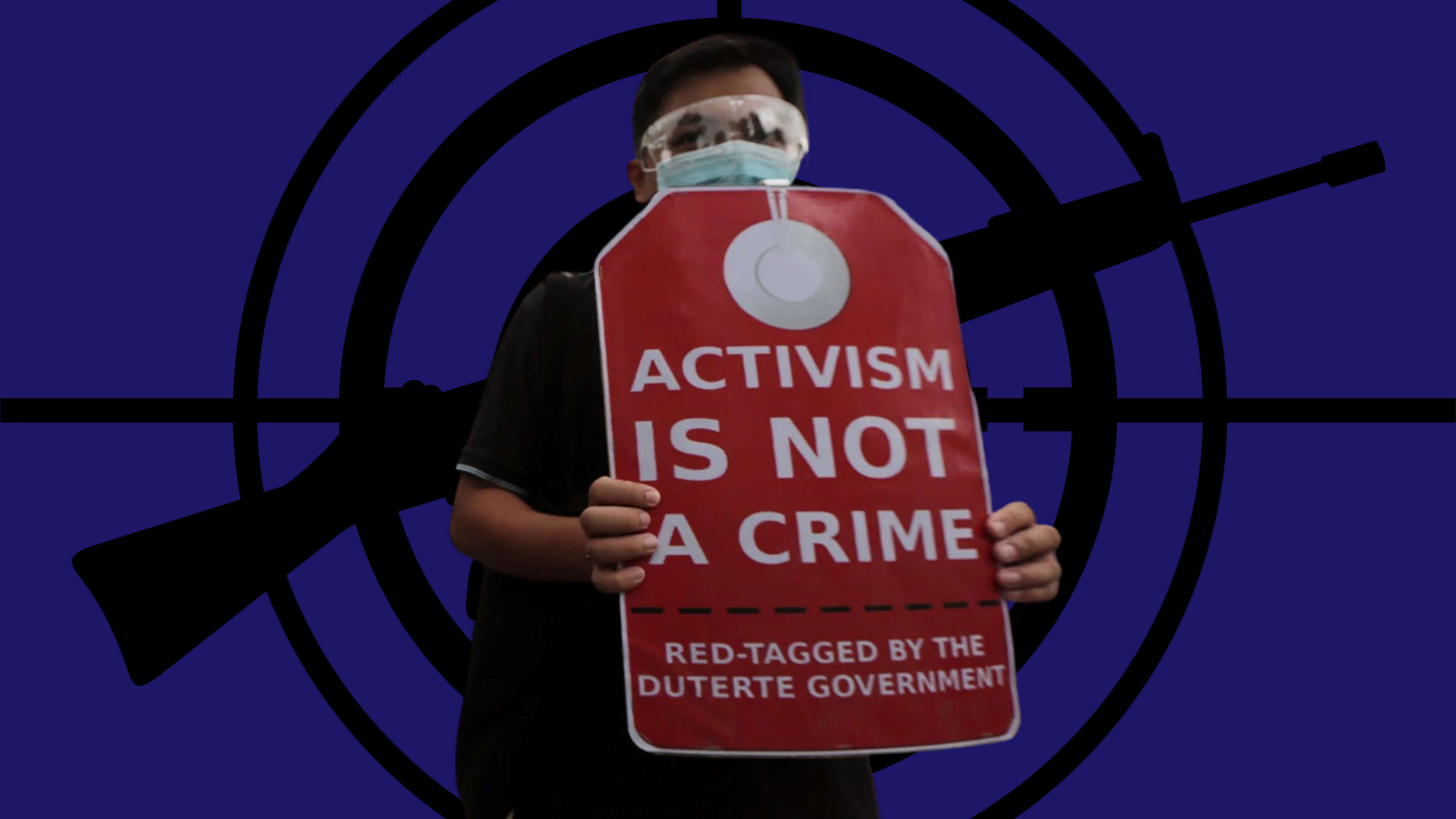 MANILA – Families and lawyers of the remaining four activists arrested on Human Rights Day in 2020, collectively known as #HRDay7, are hoping that the dismissal of the cases of three of the victims will have a positive impact on their case.

Katherine Panguban of the National Union of Peoples’ Lawyers (NUPL), counsel for Joel Demate, said that although the seven were arrested in different places and have separate search warrants issued on their names, their stories are the same.

“We hope that the court will see and appreciate the inconsistencies with regard to the process and issuance of the search warrant itself,” said Panguban in an online interview with Bulatlat.

All the search warrants were issued by Quezon City Executive Judge Cecilyn Burgos-Villavert.

Their houses in Manila, Mandaluyong and Quezon City were raided in the wee hours of the night. The so-called search was conducted without them witnessing it and then later on the authorities claimed that they “found explosives and weapons.”

The wheel of justice is painstakingly slow for Astudillo, Demate, Gregorio and Cruz as they remain in jail while their cases are pending in the courts.

The court had cleared journalist Lady Ann Salem and trade unionist Rodrigo Esparago of all charges in March 2021, and just this month, trade unionist Dennise Velasco was also released from prison.

According to Panguban, Demate’s case is pending in the Court of Appeals after they filed a petition for certiorari questioning the denial of their Omnibus Motion to Quash Search Warrant and Suppress Evidence filed before the trial court in 2021. The case in the trial court is now suspended while the petition is pending at the CA.

The cases of Astudillo, Gregorio and Cruz meanwhile are still at the pre-trial stage, said Remigio Saladero, Jr. of Pro-Labor Legal Assistance Center (PLACE). He handles the case of Astudillo and Gregorio while Cruz’s case is being handled by Kilusang Mayo Uno-National Capital Region’s lawyer Louie Santos.

Saladero said they also filed motions to quash the warrant twice but both were also denied by the court.

“The movement of cases is really, really slow. The hearing was always postponed,” he told Bulatlat in an online interview. The next hearing, he said, is scheduled on April 19 after it was postponed on March 15.

Saladero said due to COVID-19 restriction beginning this year, he was not able to visit them in jail. They were only able to meet through video conference.

It is also the same with the relatives. According to Cruz’s wife, Ella Durana, they were only able to talk to him through e-dalaw or through video conferencing.

Durana said Cruz and Gregorio’s condition in jail is difficult. They do not have regular sunning time and exercise. They only had a sports festival that was held once last year.

Cruz and Gregorio are currently at the Manila District Jail Annex 2 while Demate is in Annex 4 of Camp Bagong Diwa, Taguig City. Astudillo on the other hand is at the Quezon City Jail Female Dorm.

Durana said that even sending food is also difficult. “We were only able to send food four times last year. There are many prohibitions. We cannot send canned goods. Sending food is only limited to 1.6 kilos. Anything that exceeds that is not allowed. So sometimes they resort to buying their food in the cooperative inside the jail, which is thrice the regular price,” Durana said in an online interview with Bulatlat.

“They were allowed to watch television for 30 minutes. Their source of light only comes from a small hole that goes through their detention cell,” she added.

This condition has prompted them to appeal to the court for the transfer of the jail facility but it was again denied, said Saladero.

Due to lack of nutritious foods, Durana said her husband had lost some weight. She said that Cruz noticed a number of cyst growing in different parts of his body.

Since Salem and Esparago’s release, the rest of the #HRDay7 are asserting that their cases be dismissed too.

As Panguban explained, “The reason why they are behind bars now is because of the implementation of the search warrant. When we were able to secure the copies of the application for the search warrants, we saw glaring inconsistencies which could have been flagged in issuing the search warrant in the first place.”

“They may have had separate search warrants issued in their names, but the fact remains: it springs from a questionable statement, narratives from the police applicant for the search warrant and their witnesses,” she added.

Saladero also asserts that the four are innocent.

“This is what the police and military do under the Duterte administration. Many activists have been arrested,” he said, adding that they hope that the court would decide in favor of their clients.

Meanwhile, Durana hopes that the court would soon hear their case so the truth would come out.

“That is the chance where Mark and others can prove their innocence and refute all the claims of the police,” she said. (RTS, RVO)