You Are Here: Home → 2022 → May → 7 → Artists hope protest art can help frustrate the return of another Marcos 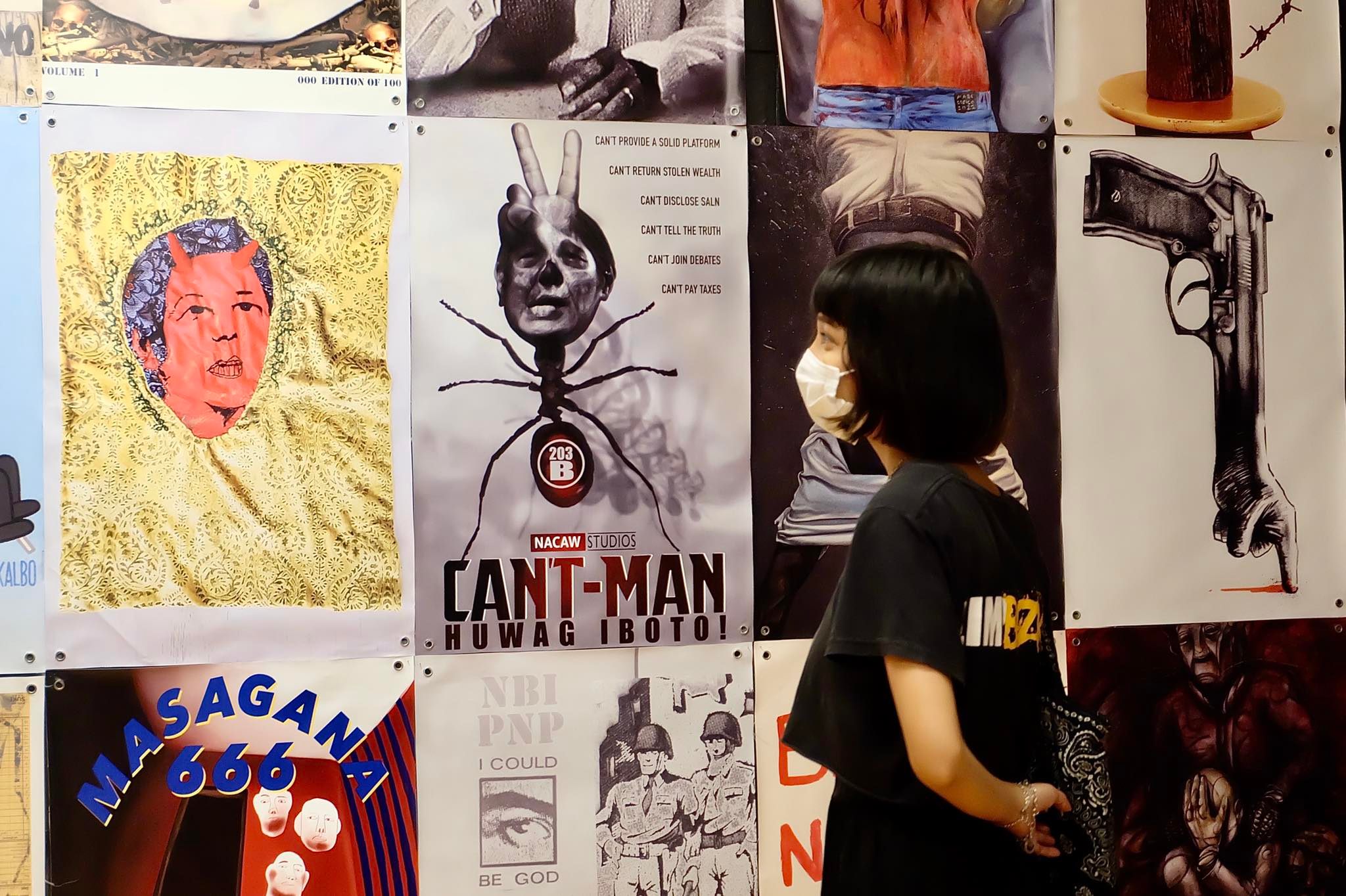 MANILA — As the Cultural Center of the Philippines (CCP) turned down an art exhibit for being too political, the works of progressive artists found a place where it is needed the most – the streets.

With election candidates now on their final leg of campaigning, a group of artists led by Artists Against the Resurgence of Tyranny (ART) and Campaign Against the Return of Marcoses and Martial Law (CARMMA) mimic electoral campaigning through tarpaulins of their anti-Marcos artworks.

“The ascension to power of the tyrant’s son (Ferdinand Marcos Jr.) is made possible due to a well-oiled and well-funded propaganda machinery whose ultimate aim is to spread disinformation and historical revisionism. If we look closely, they spread false information and try to control the narrative in social media,” artist group ART said.

Kevin Roque, 30, one of the 36 artists that collaborated on this effort, depicted through his art how social media has become a tool to paint a good image of the Marcos dictatorship. He warned the public to be critical of the information they are getting, saying they should learn to filter them. 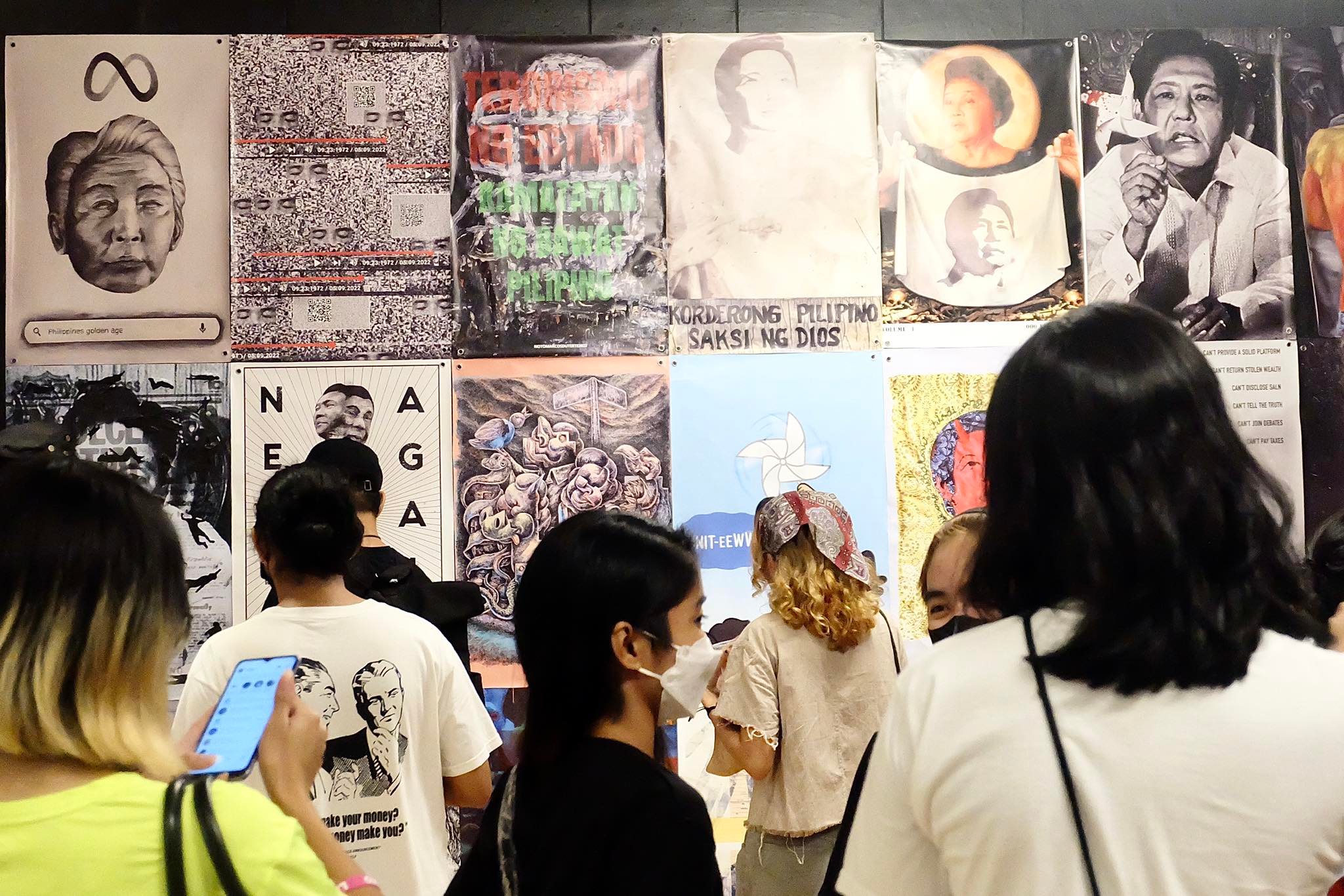 According to its lead organizer and one of the participating artists, Max Santiago, the latest exhibit is originally set to be staged at the CCP, one of the cultural institutions founded during the Marcos dictatorship. But this has been turned down by the CCP as the concept needs “to have a more thought out curatorial concept that goes beyond partisan politics.”

The exhibit titled PuroPAGANDA was launched at Cubao Expo last April 29. These artworks have since been reprinted on tarpaulins and now hang alongside posters of candidates in many communities in Quezon City.

Meanwhile, ART said that “as artists and cultural workers, we have a vital role to communicate and engage with the people to protect our future from tyranny and authoritarianism.”

“Our fate lies in this election. We have to know the truth. We have to research what really happened because this will be of big help to us. Once you know the truth, we hope that they can also do their part to awaken other people,” said 27-year-old artist Freddie Vicente.

The art exhibit, PuroPAGANDA at the Cubao Expo will last until May 13. (JJE)