How did re-electionist party-lists vote on important bills?

By DOMINIQUE FLORES and RAEVIEN PINTANG
with reports from Marian Abio and Leila Magno
Bulatlat.com

MANILA – While a 2013 Supreme Court decision ruled that the party-list system is no longer exclusive to marginalized and underrepresented sectors, many party-lists still run under a platform of representing various marginalized sectors. Representatives’ votes on bills filed in Congress should represent that.

Bulatlat looks at how several party-list groups voted on issues affecting the poor and the vulnerable.

Most of the re-electionists who are likely to win a seat in Congress voted for bills that have worsened the financial burden of ordinary people, and favored the accumulation of debt under the guise of pandemic response. Most of them also supported draconian laws such as the ATA and Bayanihan to Heal as One Act.

Only re-electionists from Kabataan, Gabriela, and ACT-Teachers were consistent in voting against the Anti-Terrorism Act, which tramples upon constitutionally-guaranteed rights. 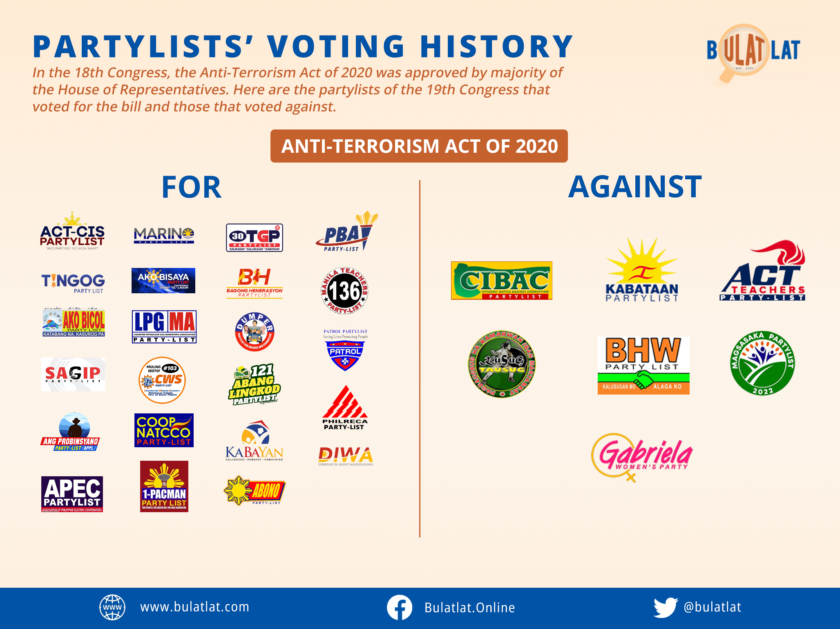 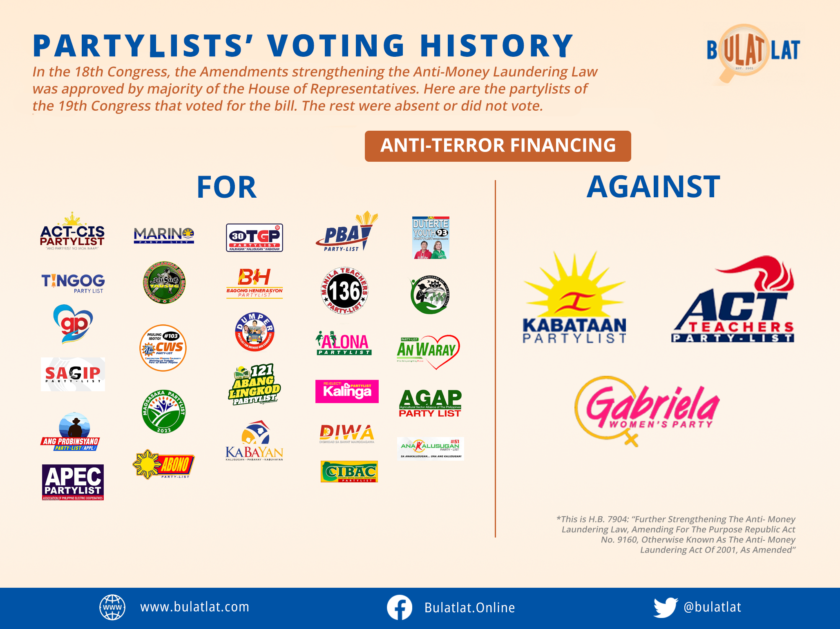 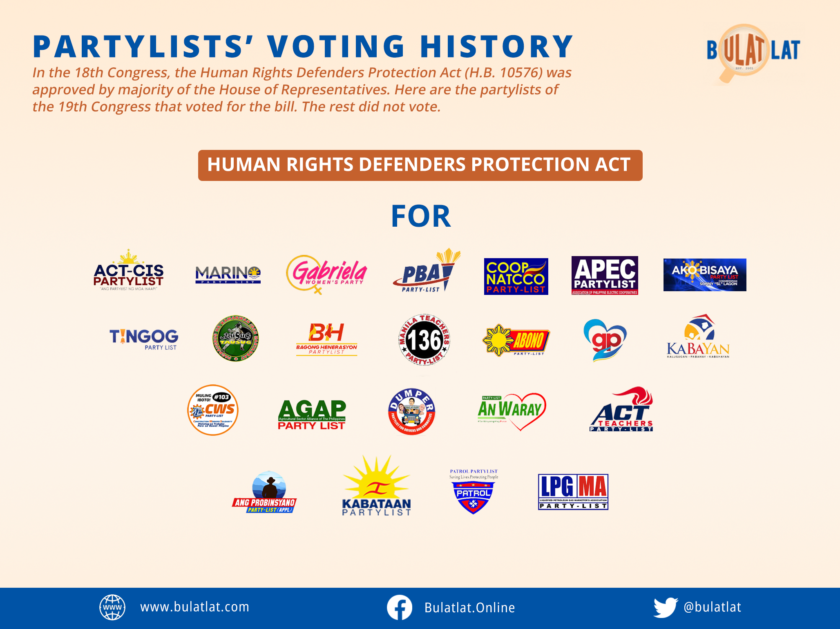 These party-list groups under the Makabayan bloc were also against anti-poor socioeconomic policies such as the TRAIN Law, which experts assert to have dragged more Filipinos into poverty in 2019 due to the heightened excise taxes on fuel, sweetened beverages, and other goods and services. 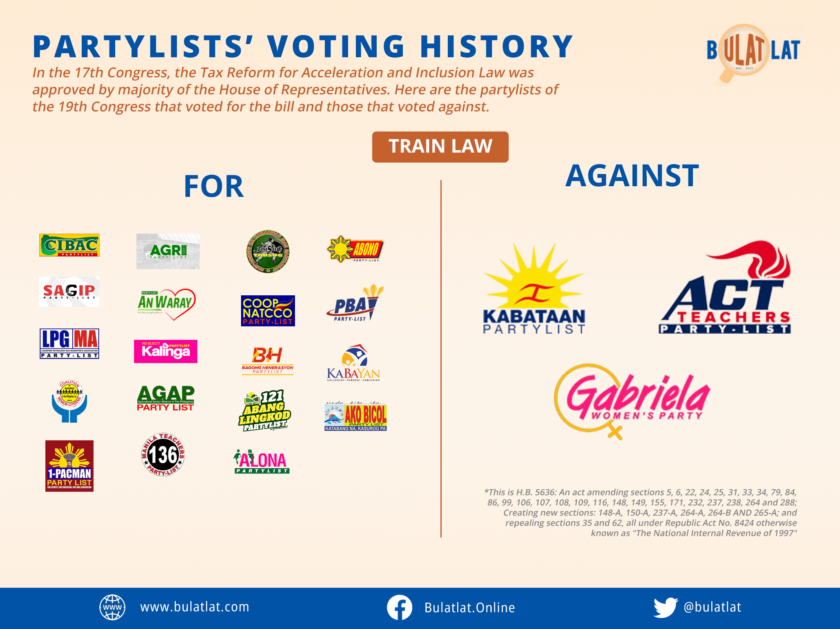 The Bayanihan 1 and its sequel, Bayanihan 2, are no better. Think tank IBON Foundation reported that these health and social welfare acts were significantly insufficient to bear the brunt of mass layoffs and the health crisis. In fact, billions worth of budget allocations for pandemic response programs under Bayanihan 2 were left unused after the act lapsed in 2021. 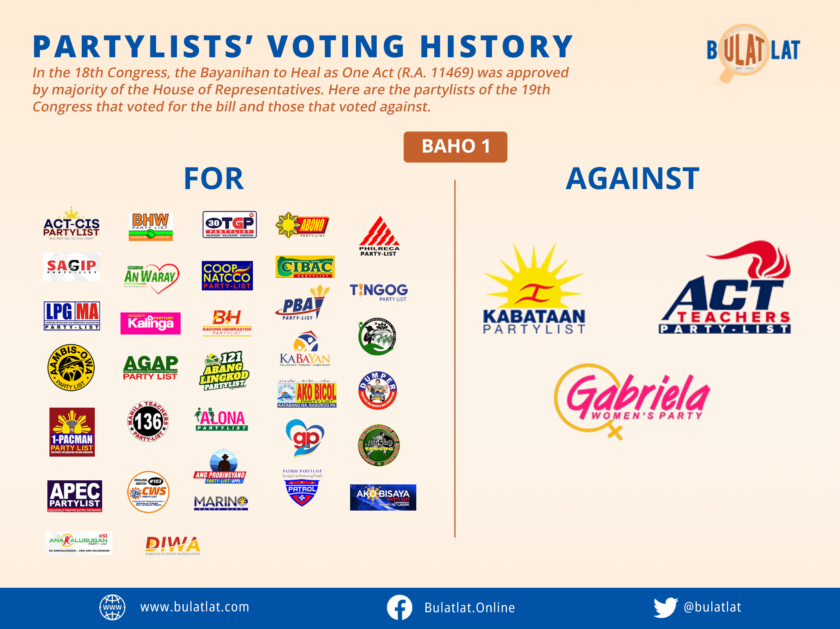 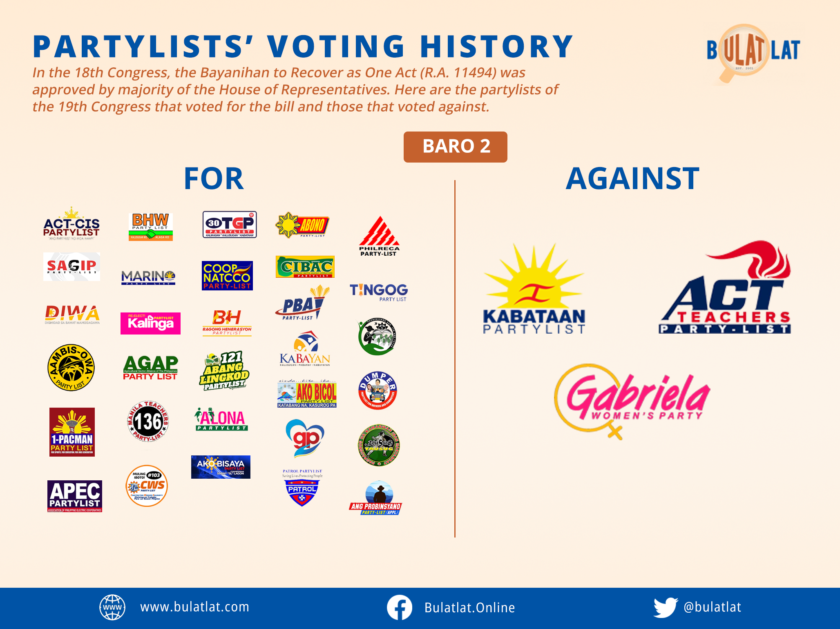 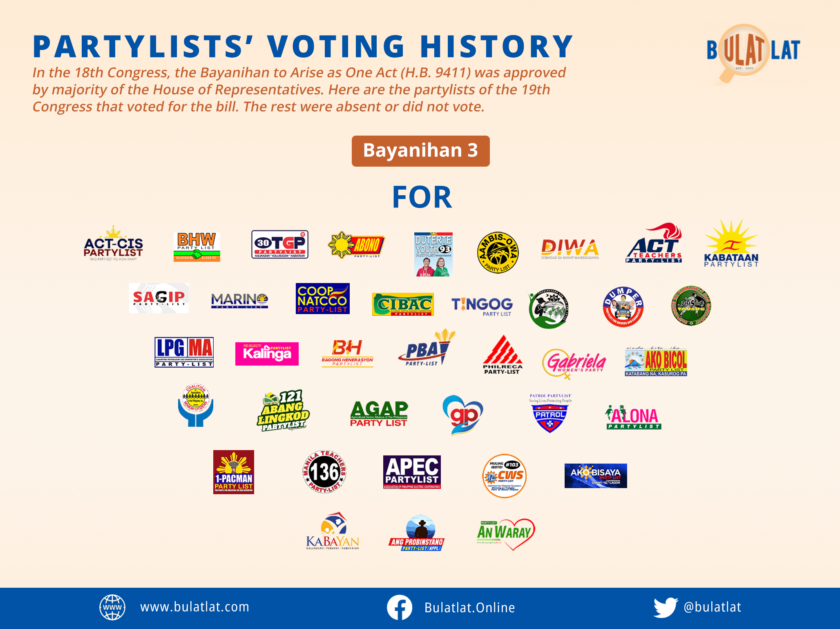 Based on their track record, it is likely that the majority of the party-list representatives will serve as a rubber stamp of the new administration. (JJE, RTS, RVO)

This report is a collaboration between Union of Journalists of the Philippines – UP Diliman and Bulatlat.