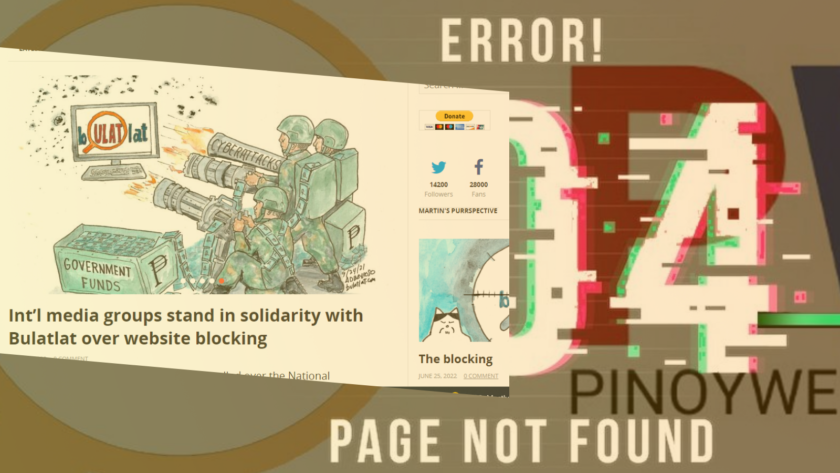 MANILA – The Reporters Without Borders (RSF) has called on the Philippine government to restore access to two alternative news sites that were earlier blocked for supposed terror links, saying this is intimidation and censorship.

“We call on NTC commissioner Gamaliel Cordoba to order the immediate restoration of access to these two news sites, whose only crime is to have done investigative reporting that clearly annoys the government,” RSF Asia-Pacific desk head, Daniel Bastard said.

Earlier this month, the National Telecommunications Commission ordered internet service providers to block 27 websites, including Bulatlat and Pinoy Weekly. This was a supposed response of the commission to a letter request of the National Security Council, terror-tagging these websites.

As of this writing, Bulatlat and Pinoy Weekly are still blocked by major internet service providers in the Philippines.

“It is time for the government to reconnect with the rule of law and stop resorting to invectives from a bygone era,” he added.

The NTC has yet to issue a statement on this.

The RSF also noted that this is not the first time that the two websites were subjected to attacks. Bulatlat and Pinoy Weekly were among the red-tagged news outfits in the country that are being subjected to cyber-attacks since December 2018, prompting the Paris-based media watchdog to launch Bulatlat’s mirror website.

The RSF’s mirror website of Bulatlat, which is part of their Operation Collateral Freedom programme, is still live and available for readers to access here.