You Are Here: Home → 2022 → July → 6 → #TheRealDuterteLegacy | Communities at risk due to lifting of mining moratorium

#TheRealDuterteLegacy | Communities at risk due to lifting of mining moratorium

MANILA – Will opening up natural resources to foreign-owned and large-scale mining boost the Philippine economy? For the government, the answer is yes. For environmental defenders, the answer is no.

“Unlike other sectors like agriculture, the mining industry offers a small contribution to the country’s GDP and employment,” Jordan Fronda of the Center for Environmental Concerns said.

According to the Department of Environment and Natural Resources Mines Geosciences Bureau (DENR-MGB), the Philippine mining industry contributed 0.6% (or ?102.3 billion) to the country’s Gross Domestic Product (GDP) in 2020.

Based on World Bank data, agriculture accounted for 10.18% of the country’s GDP in 2020 while the Industry and Services sectors accounted for 28.4% and 61.4%, respectively.

Not surprisingly, the services sector employed the most people, accounting for around 5.3 million or 73.6 percent of the total. The manufacturing and agriculture employed 1.7 million (24.2 percent) and 155,000 (2.2 percent), respectively. 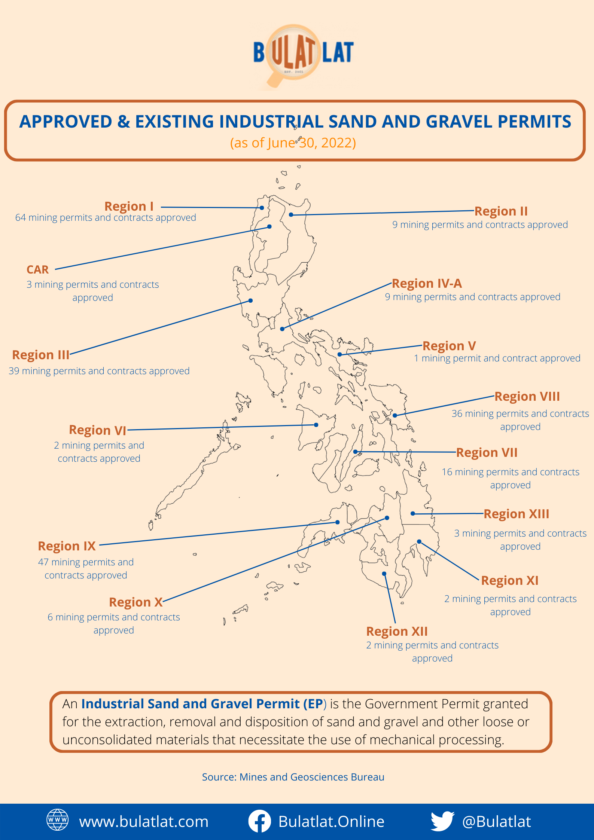 Mining and quarrying were the least significant contributors, accounting for fewer than 38,000 jobs or 0.5% of total employment in 2018. From 2001 to 2020, the sector’s contribution to total employment was also minimal with an annual average proportion of 0.49 percent.

IBON Foundation reported that even with the 2-percent increase in the excise tax on minerals and quarry assets, mining taxes, fees, and royalties have remained low as they account for only 0.5% of overall excise taxes and 0.1% of total taxes in 2020.

Despite this, former President Rodrigo Duterte signed on April 14, 2021 Executive Order No. 130, stating that “the mining industry can support the various government project such as Build Build Build Program, by providing raw materials for the construction and development of other industries; and the Balik Probinsya, by increasing employment opportunities in remote rural areas where there are mining activities thereby stimulating countryside development.”

This essentially lifted a 2017 moratorium on open-pit mining for copper, gold, silver, and complex ores imposed by then environment secretary Gina Lopez.

“It is true that we need to help the economy but if we look back on the mining situation and its contribution to the economy, definitely it is not the best route to take if we want to lift our economy,” Fronda said. 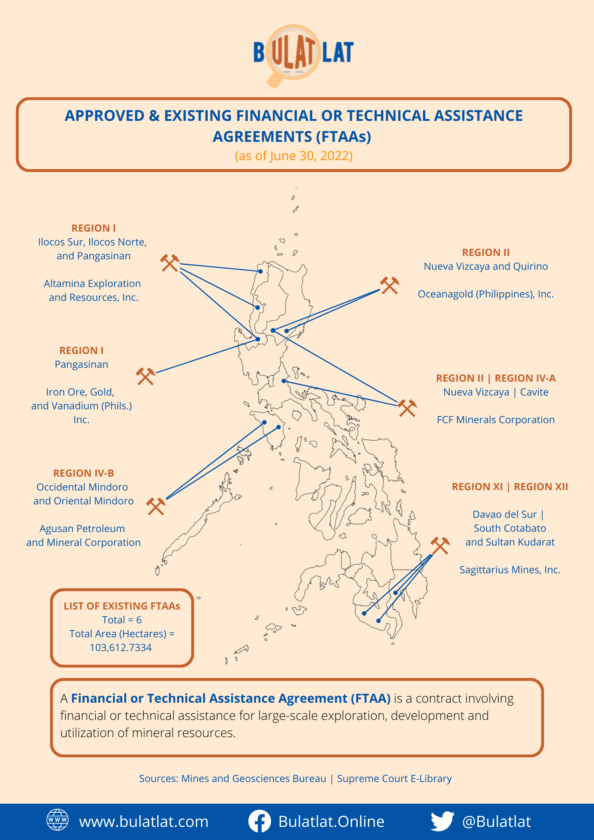 A second look at Tampakan mines

Fronda said the lifting of the moratorium enabled mining companies to process their mining applications, exploration permits, and mining permits in a much faster and more aggressive way.

In the last two months, he noted the increase in mining projects that people’s organizations and communities are resisting. These include those in Sibuyan, Romblon and Tampakan, South Cotabato. “The developments were so fast. These projects were sleeping for the past several years and then suddenly, when the moratorium was lifted, they started to move again and this time, more aggressively.” 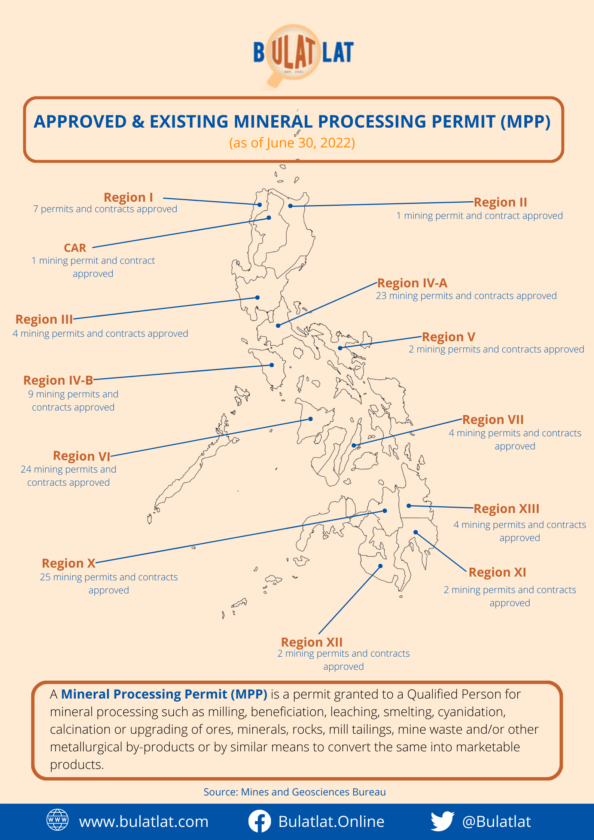 “The lifting of the ban will turn the whole of South Cotabato into one of the Country’s ‘mining capital’ which will destroy the mountains until mineral deposits are exhausted in the province and in adjacent provinces. This will lead to the wide destruction of wildlife areas, biodiversity, and watersheds particularly the Altayan – Taplan River System in the Quezon Mountain Range where the Tampakan Copper-Gold Project of SMI is located and the Daguma Mountain,” Ignacio said in a statement.

Based on the July 2016 – August 2021 report of Karapatan Monitoring, 16 environmentalists were killed under the Duterte administration. 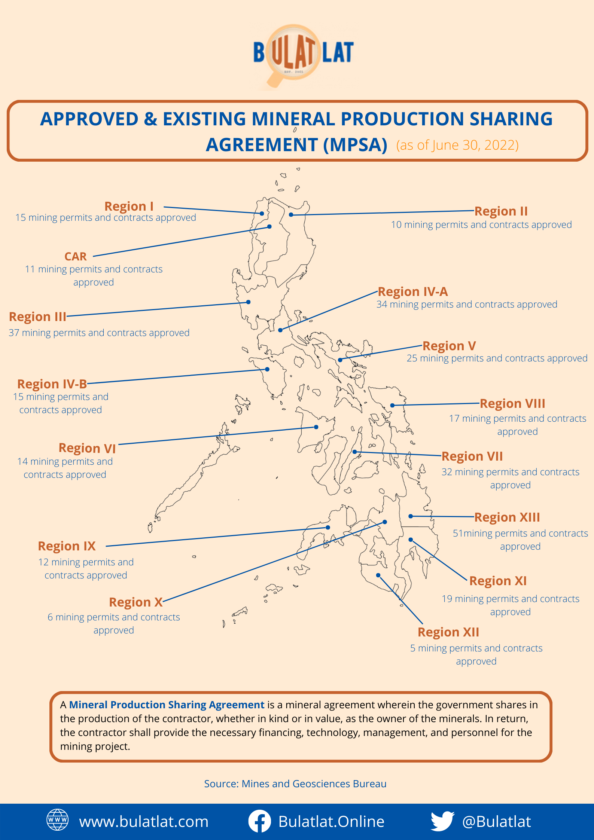 In a press release by the environmental activist group Kalikasan People’s Network for the Environment (Kalikasan PNE), the number of environmental defenders suffering human rights violations quadrupled in the beginning of the election season in February.

“There is a 483% spike in the number of environmental defenders under attack and a 350% increase in incidents after the formal electoral campaign season started,” Kalikasan PNE national coordinator Leon Dulce said.

Among the recent incidents monitored were the arrest of community doctor Naty Castro for alleged cases of kidnapping and illegal detention on February 18; and the massacre of five volunteer Lumad school teachers Chad Booc and Jurain Ngujo, community health worker Elgyn Balonga, and their two drivers, known collectively as the New Bataan 5, on February 24.

Castro and the New Bataan 5 worked against large-scale mining projects in Caraga.

Other incidents monitored include the physical assault against seven forest rangers of the Masungi Georeserve by illegal land grabbers on February 18; the arson attack in the protest camp of 236 agrarian reform beneficiaries in Concepcion, Tarlac on February 23; the gun attack against Infanta municipality mayor Filipina Grace America, a staunch opponent of the Kaliwa Dam, on February 27; and the illegal arrest of Agnes Mesina, a political activist involved in anti-mining campaigns in the Cagayan Valley region, on February 28.

Overall, Kalikasan PNE reported a total of 52 and 251 environmental defenders who suffered environmental-related attacks in January and February 2022.

These attacks persist as suspicious-looking people went to the offices of CEC and Kalikasan PNE and took photos of their staff.

Lumad communities have also been displaced to give way to big mining corporations. The schools they have established were either shut down or burned, their homes and farms subjected to aerial attacks and the communities heavily militarized.

“For the indigenous people, education is an important thing, and they are helped with this in analyzing and understanding the impacts of mining, and many of them refuse mining companies because it destroys the environment and their way of life,” Fronda said.

A call to action

CEC said that with the local mining industry being extractive, foreign-dominated and export-oriented, irreversible damages to the environment can be seen, putting the lives, livelihood and welfare of the nearby communities at stake.

As such, they are calling for the re-implementation of the moratorium on new mining agreements and the open-pit mining ban. Environmental defenders have also long been calling for the scrapping of the Mining Act of 1995 that opened up the mining industry to big foreign companies.

“Don’t be afraid. Even if it is dangerous for most. We are entering a difficult and dangerous time. But if no one speaks out or if no one takes up the struggle, who is responsible? All of us are,” Fronda said. (RTS, JJE, DAA)