You Are Here: Home → 2022 → December → 8 → Bacolod court denies journalist plea to quash planted evidence against her 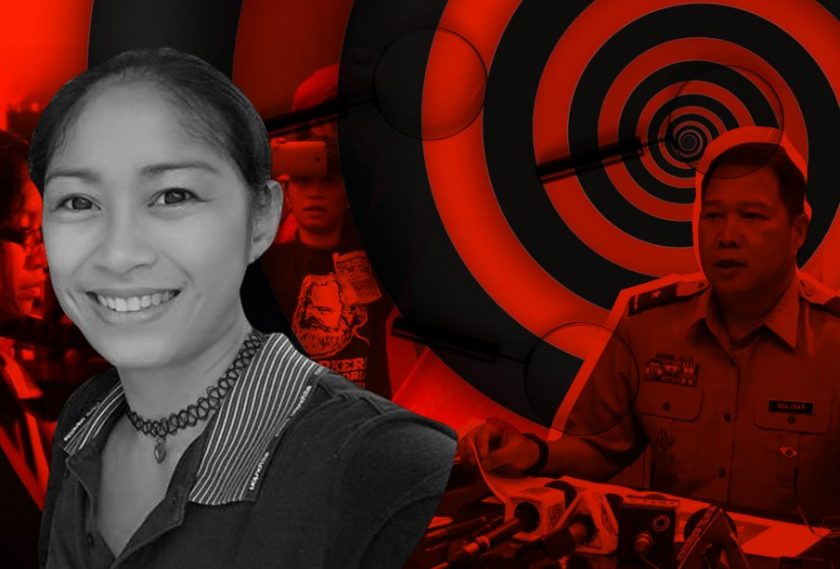 MANILA — A Negros trial court denied the motion filed by community journalist Anne Krueger to have the planted evidence against her for her arrest in 2019.

Krueger, a correspondent for Negros-based community media outfit Paghimutad and an organizer of call center workers, was arrested along with 57 other individuals and charged with illegal possession of firearms and explosives. This was after Quezon City judge Cecilyn Burgos-Villavert issued numerous search warrants against activists back in October 2019 – later dubbed as “search warrant factories.”

The lawyers of Krueger filed a Motion to Quash Search Warrant and Suppress Evidence, questioning the warrant’s validity and probable cause.

The motion argued that the warrant has a different address from that which was raided, and was issued by Judge Villavert of Quezon City RTC, and had no jurisdiction in Negros Occidental. It also cited how the arresting officers who conducted the raid failed to comply with the rules and proper conduct of a search.

During her arrest, Krueger was able to do a live video on her Facebook where she reported how the authorities conducting the raid were planting firearms inside their home. The firearms were later presented as evidence and Krueger was charged with illegal possession of firearms.

The court held a hearing for the motion on Sep. 2, where both parties presented their arguments.

The Bacolod Occidental Regional Trial Court Branch 50, however, ruled in favor of the warrant’s validity, stating that Villavert’s issuance had meant that the court had already found probable cause, adding that “whatever defects that the application (of the warrant) had are minor and technical.”

This is despite the fact that a number of trial courts have dismissed cases stemming from the so-called search warrant factory, citing the lack of definiteness and particularity, lack of evidence, and irregularities committed during arrest, to name a few.

Altermidya People’s Network condemns the decision and calls the court to dismiss the trumped up charges against Krueger.

“With no other case to throw against her and other activists, Anne is charged with fabricated cases restricting her from doing her work as a community journalist and labor organizer,” said Altermidya in their released statement.

Krueger’s lawyers filed a motion for reconsideration to ask the Bacolod court to reverse its decision. (RTS, JJE)