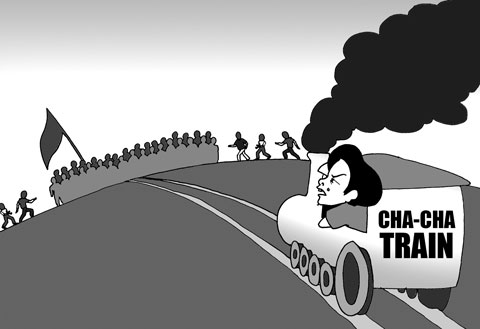 Stopping Cha-Cha. President Gloria Macapagal-Arroyo seems determined to ram the charter change train through despite all opposition, but she will likely change her position when the number of protesters rises to a certain point. History has repeatedly shown that in the final analysis, only the people in their multitudes can stop such self-serving moves as charter change.
By FLON FAURILLO
(Bulatlat.com)