For Triumph’s Workers, a Bleak Future Made Worse by DOLE’s Complicity

The employees at Triumph International who are about to lose their jobs are wringing their hands over what awaits them in these difficult times. They are likewise upset that the labor department, instead of helping them, has been assisting the German company in its machinations to get rid of its workers.

MANILA — Jessica Cano is the sole breadwinner in her family. Her husband, a contractual worker in a shoe company, has been out of work for the past three years. Editha Tolosa, a co-worker, is on the same boat. Her husband used to work abroad but, for three years now, he has failed to get another job.

Jessica and Editha are both in their 30s, have a child each and have been with the multinational undergarments firm Triumph International Philippines Inc. for nearly four years.

They are among the 1,660 workers who will lose their jobs once Triumph closes its two factories in Taguig City and relocate, according to reports, to Laguna. Triumph’s move has been denounced by the workers’ union as plain union-busting to get rid of its regular workers, many of whom have worked for the company for decades. They have also decried the alleged complicity of the Department of Labor and Employment in Triumph’s efforts to keep its “super-profits” at the expense of the workers. 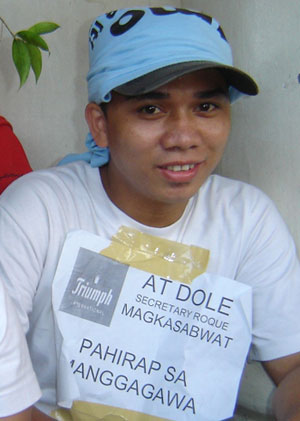 The closure is certain to have a huge impact on the lives of the workers, most of them are women and many of them already in middle age who would be hard put to find new jobs at a time when unemployment is soaring. “What will happen to us now? We will go hungry,” Editha said.

Younger workers at Triumph, such as Malou Mayol, may be single, but she said she is supporting her ageing parents and sending younger siblings to school. The same is true with Rosemarie dela Torre, who is in her 20s.

The younger workers are just as worried about their future as the older ones, which is why they have joined the union to protest the labor secretary’s “connivance with the German capitalists of Triumph International” at the Department of Labor and Employment (DOLE) last June 30.

On June 28, Triumph announced that it would close down its known factories and offices in the Philippines by August 28 this year. It cited the global financial crisis as the main reason for the decision. To be shuttered are two production centers — the Triumph International Philippines and Star Performance Inc. — in Taguig City and Triumph’s main sales and marketing office in Makati. 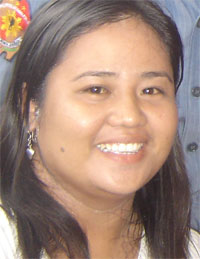 The management and workers of Triumph would be locked in a battle over separation pay and, if the unionists were right, over retention of their job when Triumph reopens in Laguna, a province south of Manila with numerous special economic zones.

Jessica, Editha, Malou, Rosemarie and their fellow workers at Triumph are getting a taste of what their fellow workers in the garments sector have gone through. For years now, transnational companies, with the help of the Philippine government, have laid off workers, busted their unions and relocated to special economic zones in the provinces, said Anakpawis Rep. Joel Maglungsod.

These economic zones offer various tax and duty-free incentives as well as “rationalized” wages in the Philippines. At one point, because of these economic zones, there were 800 low minimum wage rates in the Philippines. At the same time, the number of laid-off workers and those hired on a contractual basis has consistently gone up. The number of unionized workers, meanwhile, has gone down and, along with it, the country’s wage rates, Maglungsod said. 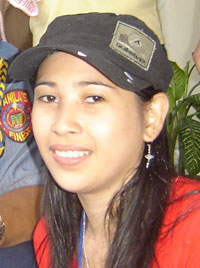 The current daily wage rates in Metro Manila is pegged at P382. Jessica, Editha, Malou and Rosemarie’s P406 wage in Triumph was only slightly higher than the minimum. Even then, their daily earnings are actually less than half of the amount an average family needs to live decently.

According to Roy Velez, chairman of the Kilusang Mayo Uno in the National Capital Region (KMU-NCR), many signs point to Triumph’s continuing production and sales in the Philippines despite its planned “closure” ostensibly due to the global financial crisis.

Coming on the heels of an announcement that the Philippine unemployment rate has dropped to 7.5 percent in April from 8 percent a year earlier, a layoff of 1,660 workers in one fell swoop bodes ill for the labor sector.