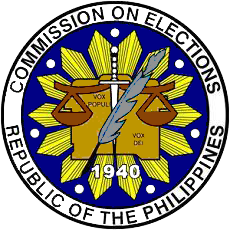 MANILA — By Jan. 25, the Commission on Elections (Comelec) plans to start printing the ballots to be used in the upcoming elections. In the automated elections system, which is going to be used in the Philippines for the first time in May 2010, ballots are crucial. Voters are supposed to simply shade the names of their chosen candidates and partylist group instead of writing it. These would then be fed to counting machines. Thus, the Comelec is in a hurry to complete the list of candidates and partylist groups.

Three partylist groups of the progressive Makabayan coalition — the ACT Teachers’ Partylist, Courage Partylist and Migrante Sectoral Party — were gunning to be included in that official ballot. But last year, the Comelec separately rejected the petitions for registration of Act and Courage for the 2010 partylist elections and delisted Migrante along with 25 other partylist groups.

Act and Courage appealed the Comelec’s rejection, citing Comelec’s unfair and inaccurate basis, while Migrante filed a motion for reconsideration with the Supreme Court, citing Comelec’s “grave abuse of discretion” and “misinterpretation” of the provisions of the partylist law regarding the grounds for deleting a partylist group’s registration.

The three groups accuse the Arroyo administration of having a hand in the Comelec’s decisions to bar them from the partylist race. The rulings were released quite late last year, thus not allowing enough time for the three partylist groups to challenge the decisions. The groups have been active in campaigns against the Arroyo administration’s policies, corruption scandals and rights abuses.

“The Comelec asked us to prove that we’re present in the majority of provinces and municipalities. We filed our motion for reconsideration with attached lists of our coordinators and members in different municipalities,” Antonio Tinio, ACT president, told Bulatlat. Act submitted its motion for consideration last November. They also repeatedly rallied before the headquarters of Comelec and in its provincial offices until December to urge them to “let the ACT Teachers’ Partylist participate in the 2010 elections.”

“If they still haven’t decided on our motion by next week, we will troop again to the offices of the Comelec,” Tinio said. He added that the Comelec had promised to tackle their motion in an en banc meeting but did not say when.

Last Jan. 5, Courage held a weekly picket, its fifth since the Comelec rejected its petition for accreditation on grounds of alleged lack of national constituency. Some Courage members had previously picketed or sent delegations to regional offices of the Comelec.

Courage filed a motion for reconsideration last November 24. They are questioning the mistakes, “malicious or not,” that were used as bases by the Comelec in barring them from the 2010 party list election. “We have membership in 12 of the 16 regions of the Philippines, more than what is required by the polls body,” Courage Partylist said.

“More than a month has passed and until now, the Comelec has yet to decide on our appeal. We fear that their inaction would result in us not being able to participate in the coming election, thus denying government employees of their right to representation,” Ferdinand Gaite, Courage national president said.

“The Comelec’s First Division that rejected our petition is obviously biased and engaged in partisan politics,” Gaite said during their rally. “Malacañang’s hand is glaring in their decision, which is full of loopholes.”

If the Comelec maintained its negative decision on Courage, the group said it would file an appeal with the Supreme Court. As with ACT Teachers’ Partylist, the Comelec gave the Courage Partylist “no time frame” as to when it will decide on their motion for reconsideration.

For its part, Migrante Sectoral Party has elevated its appeal to join the 2010 partylist elections to the Supreme Court since late 2009. Migrante was delisted by Comelec in a resolution it issued in October 2009. Migrante opposed the Comelec’s process and basis for the delisting, saying the Comelec did not give it due notice and hearing before delisting it (as prescribed by law), while the reason used by Comelec was “not among the grounds enumerated” under the partylist system Law.

In an en banc resolution a month after Migrante protested its delisting, the Comelec insisted that they had fulfilled “the mandate of the law to give due notice and hearing to those affected by the resolution…” But they gave it — the due notice and hearing — after the delisting and not before. Migrante noted that that was contrary to what the Partylist System Act prescribes.

The Comelec said its Resolution 8679 that deleted the registration of 26 partylist groups “did not automatically delete from the list of accredited party-list organizations those listed therein” because it “invited” any party or coalition “affected adversely to file an opposition to the resolution.” In fact, other partylist groups who filed their appeal are making it into the list in the ballots, said an employee at the Comelec. Migrante had promptly filed an opposition but it was still delisted.

The Comelec may release the complete list of party list groups it accredited to participate in the 2010 elections by next week.

Garry Martinez, chairman of Migrante International, is hoping for the best but expecting the worst. Martinez told Bulatlat that they received in the mail the copy of a Supreme Court “minute resolution” on their case only on Dec. 22, when the Supreme Court had issued their resolution a month before, on Nov. 24. That resolution took a long time traveling, Martinez noted. He wanted to be optimistic but he said 10 of the 15 justices of the Supreme Court are Arroyo appointees.

Indeed, the Supreme Court’s “minute resolution” dismissed Migrante’s petition but “did not decide on the merits of the case, which argued that the Comelec violated due process and misinterpreted” a section of the Party List System Act when it delisted Migrante, said Connie Bragas-Regalado, Migrante Sectoral Party chairperson.

“Time is running out. We believe that our petition is meritorious and requires a full-blown decision, not just a minute resolution. Nothing less than the welfare and future of our OFWs is on the line,” Regalado said. The “Supreme Court should accord the OFWs, and other marginalized sectors who will be affected by the decision in the future, the right to seek representation through the partylist system,” she added. (Bulatlat.com)