There is no justifiable reason for local sugar prices to increase due to increasing global prices. The Philippines is not dependent on imported sugar and, in fact, is a net sugar exporter. 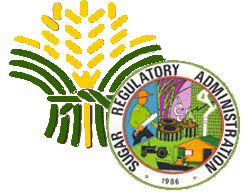 As of January 30, 2010, the prevailing retail price of refined sugar in Metro Manila is P54 per kilogram (kg) and brown (raw) sugar, P44, according to a price bulletin issued by the Bureau of Agricultural Statistics (BAS). For the whole January, the BAS has monitored five rounds of increase in sugar retail prices that hiked prices by a total of P8 per kg for refined and brown sugar.

The frequent and unusual price increases in sugar retail prices was observed to have started in the last week of November 2009. It has soared since then by P14 per kg for refined sugar and by P12 for brown sugar. Prior to that, the last monitored increase was in mid-October by P2 per kg. Before that, prices have remained steady for almost nine months (February to October). (See Table 1)

Sugar Regulatory Administration (SRA) head Raphael Coscolluela said that retail prices are increasing due to increasing mill gate buying price, which in turn is supposedly based on world prices. Global prices are increasing, on the other hand, because of a shortage of 9-13 million tons in the world market. For the last two years, Coscolluela explained that sugar production worldwide, including in the Philippines, had gone down due to bad weather, low prices, and high cost of inputs. [1]

There is no justifiable reason for local sugar prices to increase due to increasing global prices. The Philippines is not dependent on imported sugar and, in fact, is a net sugar exporter.

Available production and consumption (or withdrawals, which also include those for export) data on raw and refined sugar covering crop years 1987-88 to 2008-09, as compiled by the Philippine Sugar Millers Association (PSMA), show that in 22 of these years, deficit in supply and demand/withdrawals occurred seven times — in 1994-1995, and from crop years 1996-97 to 2001-02. But of these seven instances of “shortage”, five can be considered artificial.

Note that the country also continued to fulfill its export commitments to the US and other countries during these years of deficit. If exports to the US were deducted from the deficits, actual shortfall will only be in two crop years — 1998-99 and 1999-2000 — following a major and prolonged El Niño episode in 1997-98. (See Table 2)

Philippine sugar exports go to the US market under its Tariff Rate Quota (TRQ) system. This system sets the specified volume of raw cane sugar that the US will allow to enter its market at a relatively low tariff as part of its commitment under the World Trade Organization (WTO) Uruguay Round agreements.