Photo of the Week: The Right Chant 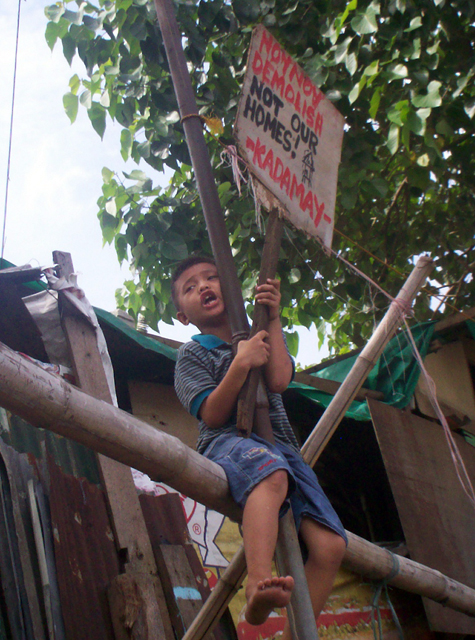 After the tension between the residents of North Triangle along Agham Road, Quezon City, and the demolition team have subsided, this boy went up a bamboo pole and chanted, “QC-C-Bede, Ipaglaban!”

His brother quickly approached him and taught him to say “Ibasura” (junk) instead of “Ipaglaban” (fight). The crowd cheered when he managed to say the right chant.