You Are Here: Home → 2010 → November → 20 → Groups Say Impunity in Human Rights Violations Resulted in the Killing of Renowned Botanist

MANILA – On Nov. 15, a renowned taxonomist Leonard Co was killed in Kananga, Letye while conducting research work along with two other companions Sofronio Cortez and Julius Borromeo.

Elements of the 19th Infantry Battalion of the Philippine Army (IBPA) claimed that the three were killed in the crossfire during their armed encounter with New People’s Army guerillas. In news reports, the 19th IB under the command of Lt. Col. Federico Tutaan claimed that soldiers responded to an intelligence report that there were members of the New People’s Army (NPA) in the area where Co was conducting his work. 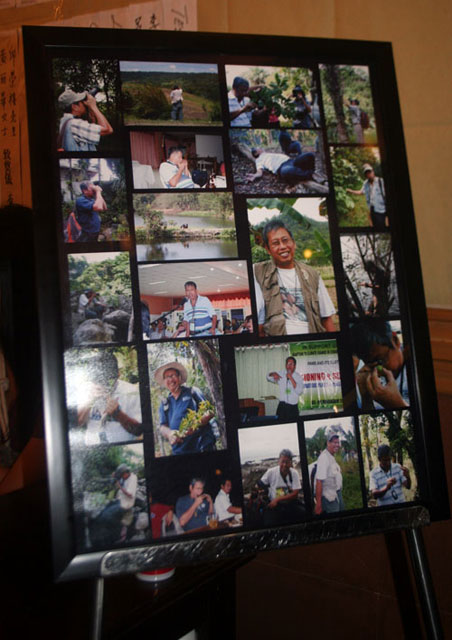 Co,56, was hired by Energy Development Corporation (EDC) as a consultant for its Binhi project to conduct a study on tree biodiversity in the area and to collect seedling specimens of wild trees for replanting. According to its website, Binhi is a reforestation project that focuses on the prime endangered Philippine tree species “that are highly valued and those that are native to the Philippines.” Cortez is a forest guard of EDC and Borromeo is a farmer and a member of Tongonan Farmers Association (Tofa).

One of the two survivors contradicted the military’s claims. Policarpio Balute, also a member of Tongonan Farmers Association (Tofa) and Roniño Gibe, a contractual forester of EDC, were able to hide and survived the shooting.

Balute refuted the military’s claim that a firefight happened for about 12 minutes. Balute said the gunshots were coming only from the soldiers. Meanwhile, Gibe suffered from shock and was still in the hospital.

In a press conference on Nov. 19, a long time colleague and friend of almost 20 years, Dr. Perry Ong, a wildlife biologist of the University of the Philippines Institute of Biology, said the claim of the military that they were not aware that there were civilians in the area is unbelievable. 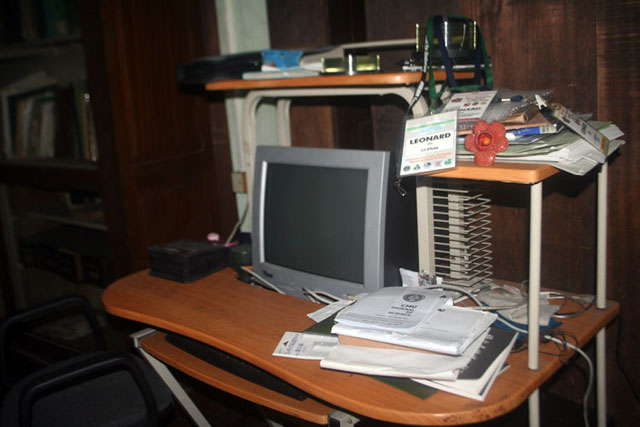 Working place of Co at UP Institute of Biology’s herbarium(Photo by Anne Marxze D. Umil / bulatlat.com)

Ong criticized what he called contradicting statements of 19th IB. Tutaan reportedly expressed remorse over the incident but also denied that his men were responsible for the killing of the civilians. “What are they remorseful for? In the entire history of the Philippine Army, they were never remorseful of anything they did,” Ong said.

Ong said the soldiers were shooting 30 to 40 meters away from the victims. Co sustained gunshot wounds on his arms, back and feet.

Ong said that in the years that he and Co worked together, they never violated the rules, guidelines and procedures of the local government and the military even if it meant losing an opportunity to discover new species.

“Before we go to the mountain to conduct a study, we always see to it that we have the clearance from the local government,” Ong said during the press conference. He also pointed out that they even ask permission from the military and the police to make sure that they were safe while conducting their research.

He also related one incident in 2000 when he told Co to cut short his research in the Sierra Madre mountain range because of security reasons. “They have walked for five days already when a convoy of the military was ambushed and a general was killed. Knowing the military, because they lost an officer, they would get back at anybody they would see walking in the mountains of Sierra Madre,” Ong said.

“He was mad and throwing invectives at me because they have wasted five days of walking and they have not reached the area and have not started yet in his research. But still he went down because it is their lives that were at stake,” Ong added stressing that Co would definitely not go to Kananga, Leyte if he did not have permission from the local government and the military.

Meanwhile, in a statement sent through email, the National Democratic Front in Eastern Visayas (NDF-EV) said it is highly improbable for Co and his companions to accidentally stray near an NPA camp or an NPA unit on maneuvers and suddenly find themselves in a crossfire.

“The NPA camps are well-hidden and in highly secure areas inaccessible to most, and an NPA unit on maneuvers also stays away from civilians to maintain secrecy and to avoid endangering them,” the NDF-EV said.

The group added that the 19th IB violated the rules of engagement by indiscriminately firing without verifying their targets.

Dr. Giovanni Tapang, chairman of Agham, said the culture of impunity that pervades within the Armed Forces of the Philippines (AFP) encourages them to kill just anybody who they perceived as enemies of the state.

Dr. Eleanor Jara, executive director of the Council for Health and Development (CHD) expressed alarm over the killing of Co, saying that scientists will be discouraged to do research work in the countryside. “This is like the case of the 43 health workers who gave their services in the remote areas and they were the ones who are being attacked by the state,” Jara said.

Dr. Jara and Co worked together in the 1980s in CHD’s community based program In Cordillera region. Co then worked as an acupuncturist while studying medicinal plants. He later published a book about medicinal plants.

The first massacre happened also in Kananga, Leyte in April 2003 where nine civilians were killed including a pregnant woman and four minors. On Nov. 21, 2005 in Palo, Leyte, ten peasants who were peacefully working in their fields were killed.

“If confirmed, the killing of Co and his assistants would be the second massacre in Kananga alone by the 19th IB,” Salas said.

Ong said that the families would ask the National Bureau of Investigation to lead the investigation on the death of Co and his two companions.

Progressive party-list group Bayan Muna filed House Resolution 660 directing the Committee on Human Rights to conduct an immediate inquiry into the killing of Co. A similar resolution was filed in the Senate by Sen. Pia Cayetano. (Bulatlat.com)