Widows of Other Victims in Kananga ‘Murders’ Call for Justice

Nov. 15 began like any other day for the families of Julio Borromeo and Sofronio Cortez. Borromeo was even excited because his work with Leonardo Co would be his highest paying job so far. But by the afternoon of that day, the lives of their families changed forever.

KANANGA, LEYTE – It was not only Glenda Co, wife of killed botanist Leonard Co, who lost a husband when soldiers from the 19th Infantry Battalion (IB) allegedly fired at Co’s team on that fateful day of Nov. 15 while Co was conducting work inside the compound of the Lopez-owned Energy Development Corporation (EDC). Teresa Borromeo, 45 and Arsenia Cortez, 52, also lost their husbands.

In a fact-finding mission led by the progressive scientists’ group Agham held last Nov. 26 to 28 in Kananga, Leyte, the wives of the two other victims, Julio Borromeo and Sofronio Cortez, demanded justice. “We want justice. We cannot accept that they died just like that,” Arsenia said.

Teresa said she does not believe  that her husband and the rest of Co’s team were caught in a gun battle between the New People’s Army (NPA) and the 19th IB. “It is impossible. All those who work for the EDC have their IDs and some have their uniforms. How could the military mistakenly identify them as NPA?” said Teresa.

Their lives were never the same again, especially for Teresa. Her husband Julio is the only breadwinner of the family and they have six children, the youngest is six years old. 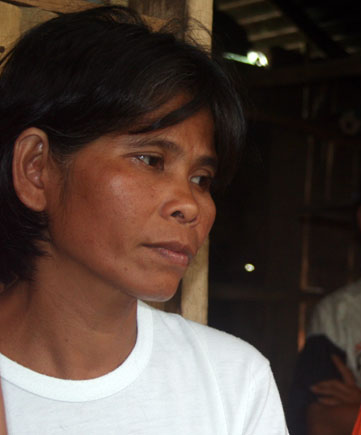 Teresa Borromeo, 45 is not only grieving for the loss of her husband; she does not know how to provide for the needs of their six children. (Photo by Anne Marxze D. Umil / bulatlat.com)

For now, the EDC is supporting the family. The company gave the family sacks of rice, said Estelita Bayo, their godmother in their wedding. They live in barangay Tongonan, Ormoc, Leyte.

Sofronio, on the other hand, was a just bit well off. He was a regular employee of EDC for 26 years and worked as a forest guard. He has three children, two of whom already finished college and the youngest, 16, is already in fourth year high school. The family lives in Baybay, Ormoc City.

Nov.15 was Julio’s first day working with Co; it was also his first day to have a more gainful sideline. “His work is per job order and is not regular. His work with Dr. Co was the highest income that he would supposedly take home,” said Bayo. Julio was supposed to bring home P200 ($4.46) a day for working as assistant to Co’s team for five days.

It was an ordinary day for Julio and Policarpio Balute, a local farmer. They were fetched by Danny Vituella, an employee of EDC. Teresa said it was their usual routine whenever Borromeo would receive a job order from EDC.

“He left early in the morning, around seven o’clock. He did not even eat his breakfast. He was only wearing a T-shirt and pants with his EDC identification card. He brought his umbrella and a sack for the leaves they would supposedly gather,” Teresa said.

Sofronio, on the other hand, was wearing long sleeves polo with an EDC logo and a raincoat also with EDC logo. Arsenia said her husband was always wearing a uniform whenever he worked in the forest within the EDC complex.

What seemed to be an ordinary day became a day of terror. 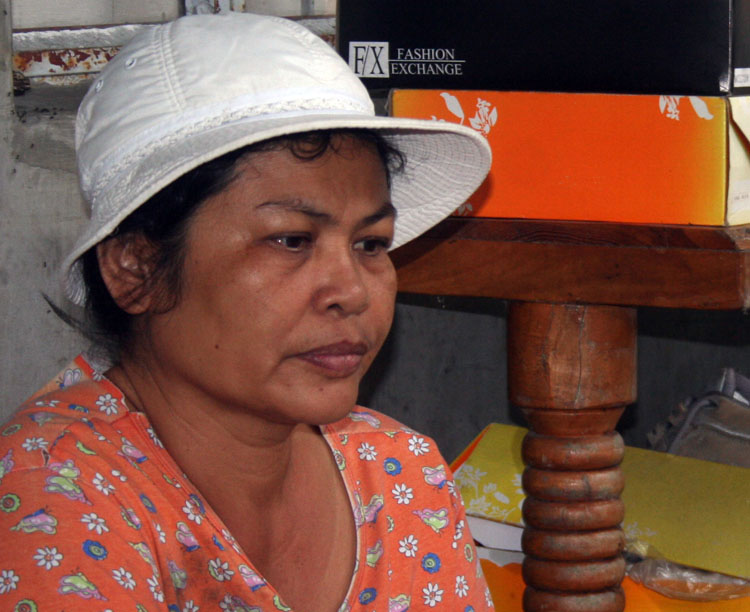 After two hours of traveling, Teresa saw the body of her husband at V. Rama Funeral House in Kananga. Her husband’s body had gunshots in the chest.

Arsenia arrived at Kananga hospital at about 8:00 p.m. but no one could tell her the news. “When we came, nobody said anything and they were pointing at each other. Then I just said, ‘What? Is Ponyong dead?’ Then I started crying and then we proceeded to V. Rama where his body was.”

The EDC shouldered the funeral expenses for the dead. The company also donated cash and has been giving them food supplies.

Teresa is not only grieving for the loss of her husband; she does not know how to provide for the needs of their six children. “They are pitiful, especially the children,” said Bayo, almost crying now.

Cortez’s family does not want to comment on the case. They said they would only comment when the result of the autopsy and forensic examination being conducted by pathologist Dr. Raquel del Rosario-Fortun is released. But they demand justice and said that  the perpetrators should be punished.

“My husband was a kind man,” Teresa said. “We want justice. We want the perpetrators to be held accountable for killing my husband and his companions.”