You Are Here: Home → 2010 → December → 7 → News in Pictures: Group Denounces Rights Violations Against Moros, Calls for Release of Political Prisoners 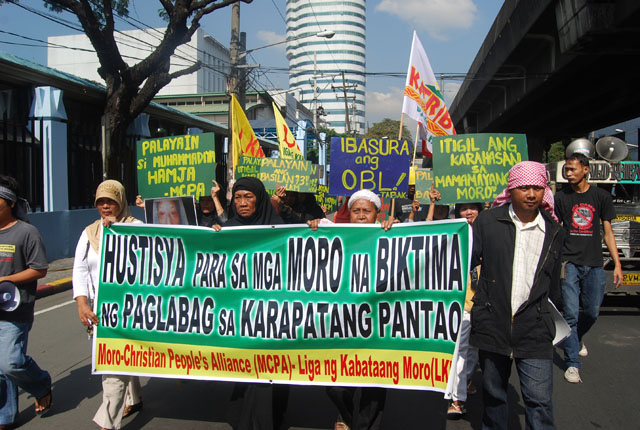 MANILA — Members of the Moro-Christian People’s Alliance (MCPA) troop to the Department of Justice Monday to call for an end to human-rights violations against the Bangsamoro people.

Relatives of those arrested during the Basilan crackdown in 2001 joined the protest action. The MCPA said that the Moro detainees are ordinary farmers falsely accused of being Abu Sayyaf members. 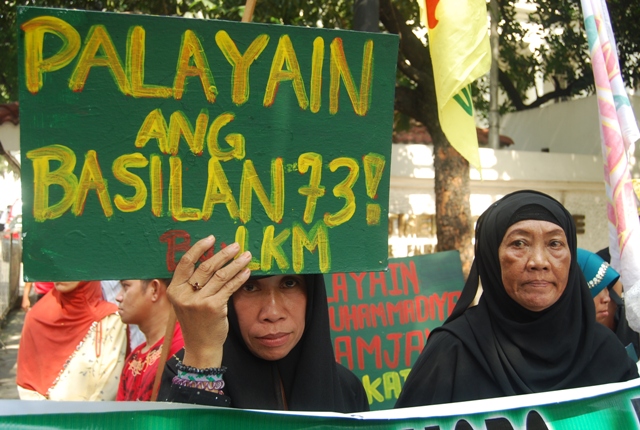 Ahmad Hamja, son of one of Muhamadiya Hamja, said that his father was arrested twice for false charges of kidnapping and is now detained at the Basilan Provincial Jail. Muhamadiya was first arrested on Sept. 30, 2001 and was implicated in the Basilan and Palawan kidnappings. After almost four years in jail, he was found innocent and released on June 30, 2005. On Nov. 28, 2008, Muhamadiya was again arrested. “Again, he was tortured. Until when will my father endure such suffering?” Ahmad said.

In a dialogue with Justice Undersecretary Francisco Baraan III, Hamja said Baraan was surprised to find out that his father remains in jail because a release order has been issued for him. 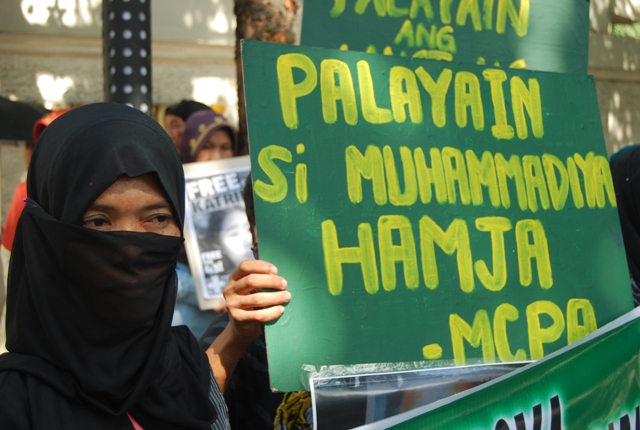 The MCPA also joined the call for the release of the 43 health workers and other political prisoners.