You Are Here: Home → 2011 → January → 30 → Photo Contest Highlights Fight Vs. Impunity in Philippines

MANILA — As part of its campaign against impunity, a group of human-rights lawyers held a photo contest titled “Shoot!” with the theme “Capturing the Struggle for Justice of Human Rights Victims.”

Launched in October 2010, the competition is part of the “Stop Impunity” campaign of the National Union of Peoples Lawyers (NUPL). The awarding ceremonies were held Jan. 27 in Quezon City.

Cheryl Daytec, NUPL member from Cordillera region, said the contest aimed to bring human-rights issues to the attention of the public. Daytec said pictures have the power to penetrate the people’s memory. “Memory is a powerful weapon against the oppressors who want us to forget,” she said. 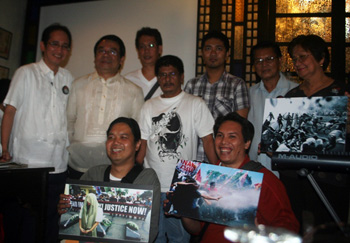 The winners and judges with members and leaders of the National Union of People’s Lawyers. (Photo by Ronalyn V. Olea / bulatlat.com)

Greg Fabros, NUPL-National Capital Region chairman and one of the judges of the competition, said that three criteria were used in judging the entries: 50 percent for relevance to the theme; 30 percent for composition and technique; and, 20 percent for originality of concept. 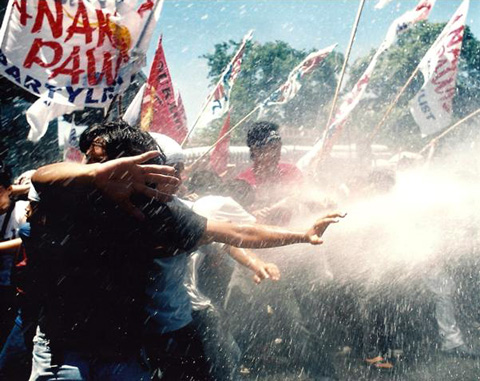 Guda’s winning photograph, titled “Act of Defiance,” was taken sometime in 2006 at Chino Roces (formerly Mendiola) bridge, showing protesters being hosed down with a water cannon in a violent police dispersal. Guda said the rally was a condemnation to Arroyo’s calibrated preemptive response (CPR), a policy virtually banning anti-government protests.

In an interview, Guda said it was his first time to join a photo contest. “The theme was great. It was challenging. How do we curb impunity? In concrete ways, how do people resist it? I searched the images I took and found some that answer those questions.”

Guda submitted four entries to the competition, one of which was also taken during a rally in Manila and two others shot in evacuation centers in Mindanao. 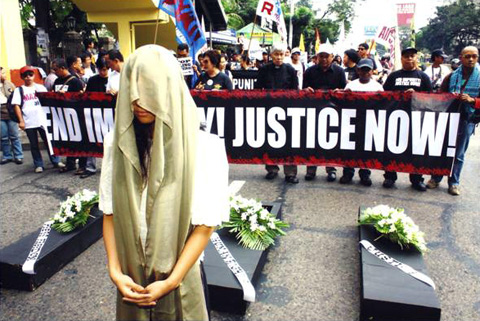 Dantes’s photo titled “Justice” was also taken during a rally condemning extrajudicial killings, with a woman wearing a black veil being the most prominent element. 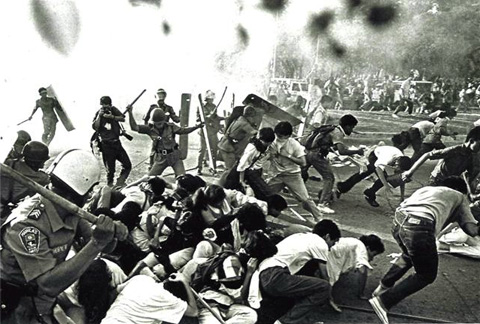 Jumpay’s black-and-white photo that won the third prize seems to have been taken decades ago but was actually taken only recently, in a rally near the United States Embassy in Manila. Police wield their truncheons against the protesters.