You Are Here: Home → 2011 → February → 14 → News in Pictures: Groups to Aquino: Have a Heart, Release All Political Prisoners

News in Pictures: Groups to Aquino: Have a Heart, Release All Political Prisoners 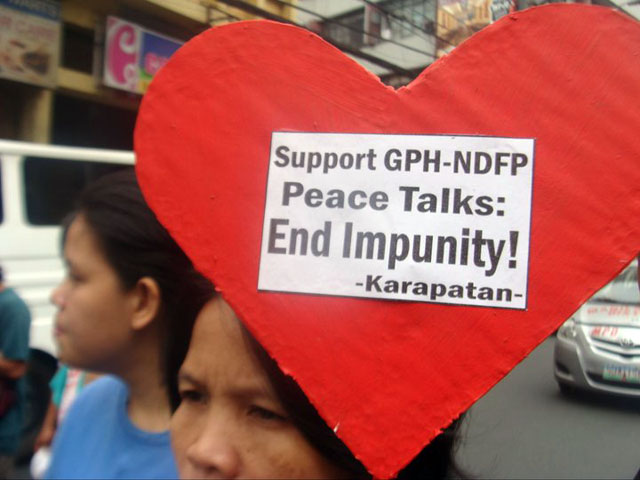 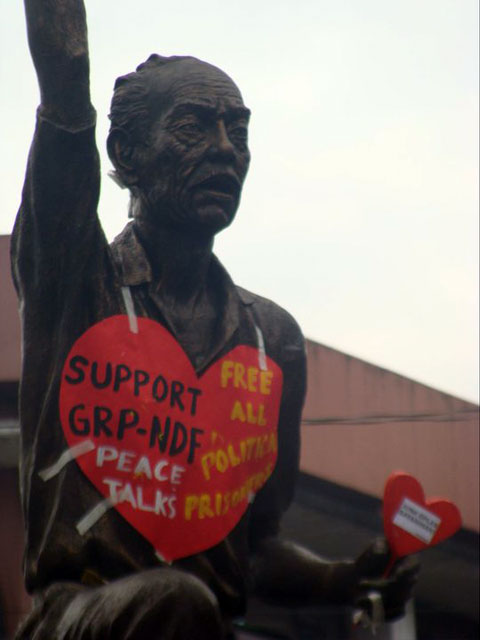 The demand also came on the eve of the resumption of the formal peace negotiations between Government of the Republic of the Philippines (GPH) and the National Democratic Front of the Philippines (NDFP), wherein among those still in detention are 14 consultants of the NDFP.

“The Aquino government should have a heart and release all political prisoners. It can certainly build on what it has done for the Morong 43 and cover all remaining political prisoners. This would certainly help the peace negotiations since respect for human rights is one of the main issues related to the peace process,” said Bagong Alyansang Makabayan (Bayan) secretary-general Renato M. Reyes Jr.

Their continued detention, Reyes said, does not augur well for the peace talks. The GPH panel earlier said that it will exert its best effort for the release of the remaining political prisoners as part of the ongoing peace negotiations.

The groups also reminded Aquino that in the aftermath of EDSA 1, all political prisoners were released during his mother’s administration.

“This government should not forget that 25 years ago, the first Aquino regime made the correct move of releasing all political prisoners that fought the Marcos dictatorship. Benigno Aquino can do the same and rectify one of most serious violations of human rights done by the past government,” Reyes said. (Photos courtesy of Bagong Alyansang Makabayan-NCR /