Gerry Ortega, journalist, anti-mining advocate, and a veterinarian, was shot dead on 24 January 2011 while buying from a store in Puerto Princesa City, Palawan. His widow, Patria ‘Patty’ Ortega filed murder charges against Palawan officials in a supplemental complaint-affidavit submitted to the Department of Justice last February 14.

The widow of slain Palawan environmentalist and journalist Gerry Ortega recently called on Malacañang to order the Commission on Audit (COA) to finish its audit report on the financial records of the Malampaya natural gas project in Palawan. Mrs. Patria Ortega said that before his husband was killed, he had been asserting that there was corruption surrounding the plant’s P3.1-billion ($70 million) income.

Ortega, an anti-mining advocate and a veterinarian, was shot dead on 24 January 2011 while buying from a store in Puerto Princesa City, Palawan. His widow, Patria ‘Patty’ Ortega filed murder charges against Palawan officials in a supplemental complaint-affidavit submitted to the Department of Justice last February 14.

“Some P3.1 billion ($70 million) out of the total P90-billion ($2 billion) Malampaya income went to the provincial government. The local COA auditor had so far been only able to account for P520 million ($11.8 million), she said.

The lawyer of the Ortega family Harry Roque said that some of the recommendations the COA has previously made on the issue of Malampaya were the refund of P49 million ( $1.1 million) representing excessive cost of projects; disallowance of a P25 million ( $569 thousand) consultancy project, refund of P6 million ($136 thousand) representing deficiencies; and the filing of appropriate charges against officials involved.

Prior to his death, the slain environmentalist was active in campaigning that the people of Palawan should get their 40 percent equitable share in the proceeds and royalties generated by the Malampaya Natural Gas and Oil Field Project. Along with various environmental and church-based groups, Ortega questioned the legality of an interim agreement between the former Gloria Macapagal-Arroyo administration and the province of Palawan wherein the province’s share in the Malampaya project proceeds was reduced to 20 percent. 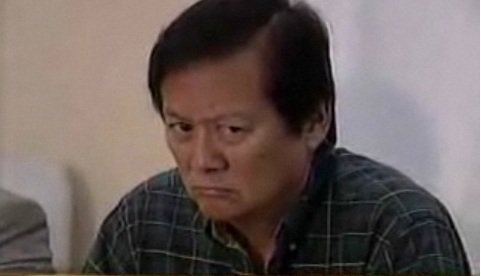 In her complaint affidavit submitted to the DOJ, Mrs. Ortega stated that her husband “riled, in particular,” at Gov. Reyes and the provincial government of Palawan and then president Macapagal Arroyo for the unconstitutional, illegal and anomalous arrangement with respect to the Malampaya funds.

Based on reports, the Malampaya reservoir has reserves amounting to around of 2.7 trillion cubic feet of natural gas reserves, as well as 85 million barrels of condensate. It is expected to produce as much as 41-million barrels of oil corresponding to revenues of between eight to ten billion pesos ($182 million to $227 million).

During the same press conference. Mrs. Ortega called on President Benigno Aquino III to take action and support calls for an objective investigation on her husband’s murder.

“It’s not that we’re asking to be repaid or anything, Mr. President, but Gerry and I and our daughter Mika voted for you. We believe you when you said ‘daang matuwid’ and “kung walang corrupt, walang mahirap. You have the power to ensure an objective investigation of Gerry’s murder. You have the power to demand for an accounting of government funds, including the share from Malampaya.”

The widow said that she was in possession of documents to bolster the allegations of corruption against the Palawan officials. She said she was prepared to present them to the Department of Justice.

Mrs. Ortega said that daily, the motive behind the killing of her husband was becoming very clear.

“His enemies wanted to silence Gerry for his calls that Joel Reyes, Baham Mitra, Dave Ponce de Leon and others account for the use of government funds, including the Malampaya shares, she said. She added that her husband read a COA report which revealed the misuse of the Malampaya funds.

In the supplemental complaint-affidavit formally charging former governor Reyes as respondent in the murder case, Mrs. Ortega said her husband has long been exposing the ex-official’s alleged inequitable mining policies while he headed Palawan Council for Sustainable Development (PCSD).She said that as chairman of the PCSD chair, Reyes was not only involved in the disbursement of funds coming from the Malampaya oil exploration project but also in approving mining concessions.

Based on police findings, the gun used to shoot and kill Ortega was registered under Seratubias.

In a message relayed to the media, Mitra said he does not want to comment on “reckless statements egged on/fed by rumormongers.”
“ My father left me a good name and I intend to do the same to my son. Let it not be tainted by people who are fed unfounded and baseless accusations by enterprising individuals using them for their so-called cause,” he said.

De Leon also denied involvement in the killing and said that he was not guilty of corruption.

“I deny absolutely that I have anything to do with the killing of Gerry Ortega. Immediately after Gerry Ortega was killed, I spoke on the radio and said that I condemn his death. I even called on authorities to go after those who could be behind this,” he said.

Several suspects, including the gunman, are already under the custody of the National Bureau of Investigation.

Roque has also announced that plunder charges will be eventually filed against against Reyes, Mitra, Palawan Representative Alvarez and Macapagal-Arroyo in connection with alleged technical malversation of the Malampaya project proceeds under the interim sharing agreement.

In the interim, Justice Secretary Leila de Lima has ordered the DOJ panel of prosecutors assigned to handle the preliminary investigation of the case to open the proceeding to the public and the media.

In anguish over what appears to be the slow developments in the murder case of her father, Mikaela Ortega issued a plea to authorities to hasten the investigation and put an end to extrajudicial killings of activists and environmentalists.

Michaela posted a note on Facebook appealing for justice for her father even as so many others are demanding the same for so many other victims of extrajudicial killings in the country.

“Our cries, our screams, our pain, become all the more incomprehensible because nobody can hear us anymore. There are far too many crying, too many asking for help, too many seeking for justice. There will always be another story of even greater suffering, involving even more people,” she said.

She said, however,that she and the rest of her family would continue to call for justice for their own father.

“The indifferent statistics tell us that dad is the 142nd murdered journalists since 1986 and the 37th environmental activist since 2001. This scenario is bound to repeat itself because we make it too easy for murderers. After every murdered Filipino is a message, loud and clear, that people can get away with it at so small a price. And so after every unsolved crime, after every forgotten wrongdoing, we are opening the doors for future killings, we are allowing Filipino families to lose their loved ones to murder,” she said.

Michaela said that she was issuing the appeal in behalf of her mother and her siblings Erika, Joaquin, Sophia and Keara.

“ You can imagine the pain it took me to have to make my young siblings understand that dad is never coming home. You can imagine the hurt we felt when Keara was wishing for dad to be alive again. The recurring feeling is a mix of helplessness and sheer vulnerability. We’re not rich nor are we powerful. What have we got against those who have made a living out of stealing and lying and killing? What have we got against them?”

Earlier this month, 100 campus journalists held a candle-lighting ceremony in Irawan, Puerto Princesa City to mark the 40th day after Ortega was slain. Led by the College Editors Guild of the Philippines (CEGP) and students of the Palawan State University (PSU), they demanded an end to the extrajudicial killing of environmentalists.

Similar symbolic actions were held in Quezon City led by the Kalikasan-PNE.

CEGP Southern Tagalog chairperson Rogene Gonzales in a press statement said they are deeply troubled with how journalists continue to be targeted. “If this country upholds genuinely the people’s freedom of expression, we demand an end to the prevailing impunity and stop the killings of state critics,” he said. He called on all campus journalists to investigate and write about mining and other environmental issues in their communities.

In the meantime, PSU student and “The Pioneer’ editor-in-chief Allan Jay Javier said they would also continue to press for justice for Ortega’s murder. “We will do this as we also fight for quality and accessible education, genuine campus press freedom and students’ democratic rights, “ he said.

Javier said campus journalists in the province are making a stand against mining and help the ongoing 10-million signature campaign against mining in Palawan.