The people of Lacub’s continuing struggle for land

Their history of resistance against the plunder of their resources is as rich as their mountains.

VIGAN CITY – “We have nowhere to go, there is no other place for us but here”, Ferdinand Magalis, Chair of Timpuyog dagiti Umili iti Lacub, Bantayan Ekolohiya ken Kinabaknang or TULBEK (Lacub People’s Federation for Ecological and Resource Protection) said regarding the entry of mining giant Philex Mining Corporation and its partner Golden Lake Minerals Inc. in their ancestral land.

In June 2010, the Mines and Geosciences Bureau (MGB) approved the exploration permit for gold of Golden Lake in Lacub, Abra. Since then, the people of Lacub headed by TULBEK, together with the Cordillera Peoples Alliance (CPA) have been opposing the mining exploration.

According to Magalis, despite the difficulties, they decided to host the Cordillera Day 2011 in their community because it can help in informing other people, especially their fellow indigenous peoples in the Cordillera, international delegates and the media regarding their resistance to the proposed large-scale mining in their area. 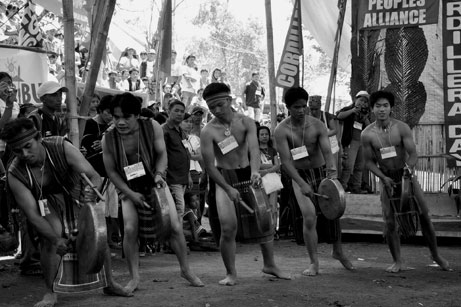 Since the preparations for the Cordillera Day started, TULBEK has sought dialogue with the municipal government for assistance in the hosting and to seek support for their opposition to the entry of the mining companies in the municipality but they were met with hostility and even threats.

In the April 15 meeting of TULBEK with Mayor Estelita Bersamina and Vice Mayor Leo Barona, they received death threats and the local government even accused the CPA and the KASTAN of brainwashing the people of Lacub.

Bersamina and Barona are actively pushing for the mining in Lacub as they claim that it will help their municipality to develop.

Aside from the local government’s pro-mining stand, the military’s sudden presence in the municipality is a cause of concern for the people of Lacub. 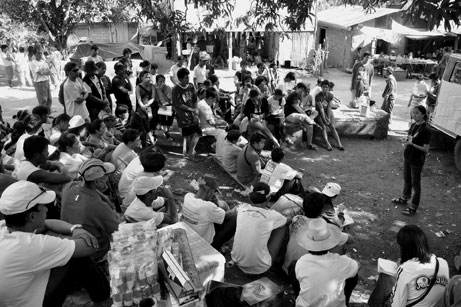 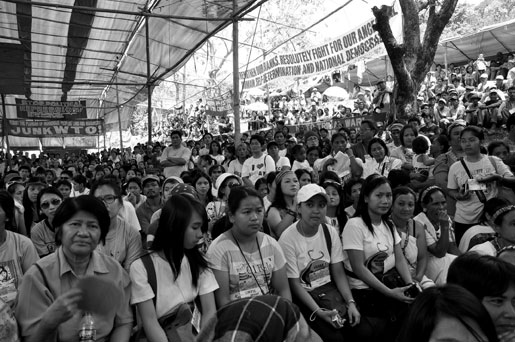 During the travel going to the Cordillera Day celebration, the delegates were met with seven checkpoints by the Philippine army. It is estimated that there are around 2,000 military forces in Lacub with a group doing reconnaisance work in the mountains.

Since the military’s entry in Lacub, there have been a number of human-rights violations recorded in the area. Currently, the military are stationed at a house just a few kilometers away from the Cordillera Day celebration venue. There are also reports of missing animals.

“Their mere presence here is a violation of our ancestral domain”, Magalis said.

However, despite the harassment, the people of Lacub are undaunted. Their history of resistance against the plunder of their resources is as rich as their mountains.

During the martial-law era, in 1973, the Lacub residents fought the logging operations of Cellophil Resources Corporation (CRC) wherein they were able to confiscate the chainsaw and logging line of said corporation.

The people of Lacub were then able to organize themselves to strengthen their call against the presence of the CRC in their land. As part of their anti-CRC resistance, most of the people of Lacub joined the New People’s Army.

Aside from their victorious struggle against the CRC, the Lacub residents were also able to fight off the proposed creation of a dam in the Binongan river in Lan-ag.

As new companies try to enter Lacub, their history of resistance is a source of inspiration to continue the fight for the protection of their land and resources.

According to Windel Bolingit, Chairperson of the CPA, if the mining companies would not stop their operations, there might be a chance that the people of Lacub will repeat their armed anti-CRC resistance.

However, the people of Lacub are not alone in their fight. In the Elder’s and Unity Pact of all the indigenous groups of the Cordillera, they announced their resistance against large-scale mining and the militarization of their lands.

During the Cordillera Day celebration, the Cordillera Human Rights Alliance (CHRA) recognized the people of Lacub’s history and continuing struggle and awarded them with the Gawad Tanggol Karapatan.