“Globally in the past ten years, the trend among countries is to put in restrictions and protection into their domestic economic policies; this is also true even among those who are pushing the Philippines to remove restrictions against foreign capital.” – Sonny Africa, Ibon Foundation

The laws that have been passed serve only to push to maximum levels the further and wider liberalization of some sectors of the economy, said Sonny Africa, head of the research department of non-government think-tank Ibon Foundation at the public hearing. The nationalist economic provisions of the Philippine Constitution have not been implemented, he said, adding that this helps to explain why unemployment is at its worst today, as do the country’s persistently stunted agriculture and manufacturing.

“Since Congress has failed to pass enabling laws, or since many provisions of the Constitution have not been implemented, what are you going to amend now?” asked Gorospe. 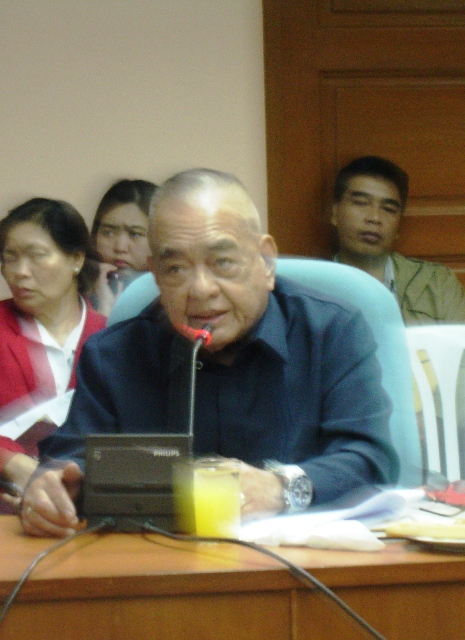 The House of Representatives has been holding public hearings on its Concurrent Resolution 10, which calls for Congress to constitute itself into a constituent assembly to propose amendments to economic provisions of the 1987 Constitution. A similar effort is afoot in the Senate although the House is still awaiting the Senate draft.

“As presented to the committee by resource persons from various sectors, the idea behind the move for constitutional amendment is to remove the restrictions in the economic provisions to the entry and participation of foreign investors, so the country’s economy can be flexible,” said the chairman of the House Committee on Constitutional Amendments Rep. Loreto S. Ocampos at the end of this week’s hearing.

Resource speakers who attended the public hearing asked Congress to maintain instead the “good policies” written in the present Constitution. The 1987 Constitution is “a moment of wisdom” for the Filipino framers of the Constitution, said Sonny Africa during the hearing. He reminded the members of the House Committee on Constitutional Amendments that historically, not one country has developed without maintaining economic restrictions or protection.

Citing figures and data in a presentation, he also showed that globally in the past ten years, the trend among countries is to put in restrictions and protection into their domestic economic policies. Africa observed that this is also true even among those who are pushing the Philippines to remove restrictions against foreign capital. 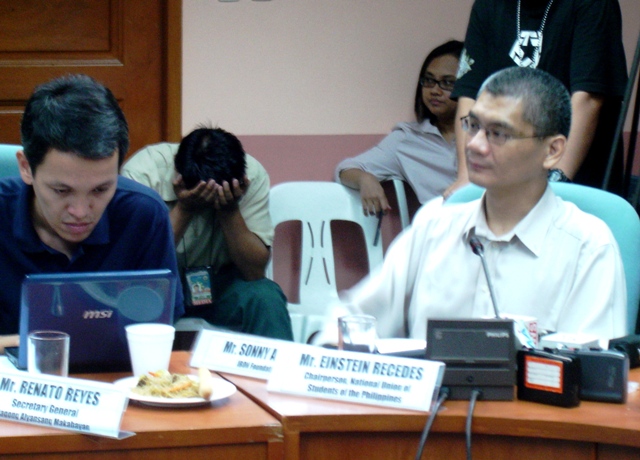 “Experiences and common sense say that foreign investments are looking more for rich sources of profits; they cannot be depended on to develop our economy,” said Africa. Ibon Foundation is one of the groups that are opposed to the current drive among lawmakers to change the economic provisions of the present charter to further liberalize the economy. Citing again the experiences of other countries, Africa said, foreign investments have to be regulated if the country is to gain from its operations.

“We do not need to make our economy even more available to the plunder of US corporations and foreign multinationals,” said Gabriela Women’s Partylist Rep. Luzviminda Ilagan. As it is, she lamented, the government has “already allowed the wholesale repatriation of profits and extensive destruction of our resources, without reaping any of the promised benefits. She asked Congress to consider these as “lessons that foreign-directed mining and oil operations and exploration should have taught us for decades.”

The Philippine experiences with liberalization have already resulted in situations that are downright “immoral” and “bad for the economy,” according to leaders of progressive organizations during the public hearing of the House Committee on Constitutional Amendments. (See related story: Critics view cha cha as 10 times more disastrous than current typhoons)

Aside from this Tuesday’s hearing, the House Committee on Constitutional Amendments has been holding public hearings in various parts of the country. Ocampos said the committee is still set to submit schedules of other future out-of-town public hearings. Congress, he explained, is “still at the consultation stage,” as they are still “processing, consolidating the inflow” of discussions on economic provisions of intended amendments to the Constitution.

Rep. Ocampos also described last Tuesday’s hearings as “a marketplace of ideas.” In the media interview that followed the said hearing, he disclosed that a “public hearing is not a gauge or measure of public sentiments on cha-cha.” 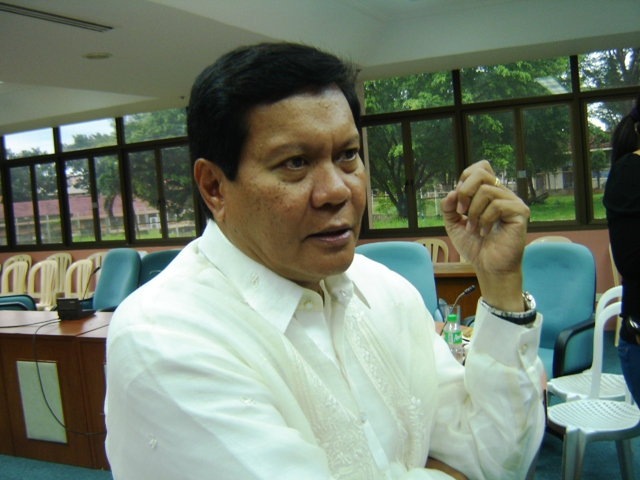 Last Tuesday’s hearing with 29 invited speakers was dominated by leaders of progressive organizations who delivered a “resounding No to Cha-cha” or no to moves to remove restrictions to entry and operation of foreign capital in the country. Most of the critics proposed alternatives instead such as genuine agricultural reform, nationalist industrialization, regulated participation of foreign investments, measures that will strengthen the domestic economy and channel much-needed support to agriculture and local industries.

With the exception of Philconsa and a board of mechanical engineers, which both agreed to some of the eight economic cha-cha proposals on the table, “most representatives of professional regulatory boards have no position paper yet,” Ocampos noted after the hearing.

He added that earlier out-of-town public hearings have also shown “mixed sentiments.” He said the organized groups have also “made their presence felt” in those public hearings. In Cebu City, for example, Rep. Ocampos recalled that some groups even held a rally against cha-cha while the hearing was going on.

If the public hearing is not a dependable gauge of public sentiments on cha-cha, what then is to be the gauge for the chairman of House Committee on Constitutional Amendments? Surveys, Ocampos replied. He told Bulatlat.com that “after all these public hearings, we will conduct a survey.” He said he will make a request for that, and he is considering Pulse Asia or SWS to conduct it.

“Surveys,” Ocampos explained, “can bolster understanding of the need for charter change, and sell it to the people.” He said “surveys will follow after enough media exposure” of two things: awareness of the Constitution itself and understanding of the proposed amendments.

Ocampos is banking on the result of this future survey because “if we hit the positive, President Aquino may give (cha-cha) his support.” He said the president may just do that if surveys showed that the proposals to amend the charter’s economic provisions are “snowballing or gaining momentum.”

But the chairman of House Committee on Constitutional Amendments is sold on the need for cha-cha. “Deep in my heart, we need to change (the Constitution),” Ocampos told the media. He declined to comment about the Wikileaks exposure of certain US officials’ talks with Sen. Franklin Drilon to push for cha-cha, mumbling something about that being “a private matter” with Senator Drilon.

Rep. Ocampos also admitted to reporters that “there’s no guarantee we will stick to the economic provisions if there will be a party stand.” In that case (with a party stand), he said they would then “have the numbers.” Earlier, he said that “whatever the positions are of groups who are still set to submit their position papers, it will still be a numbers game” in Congress.