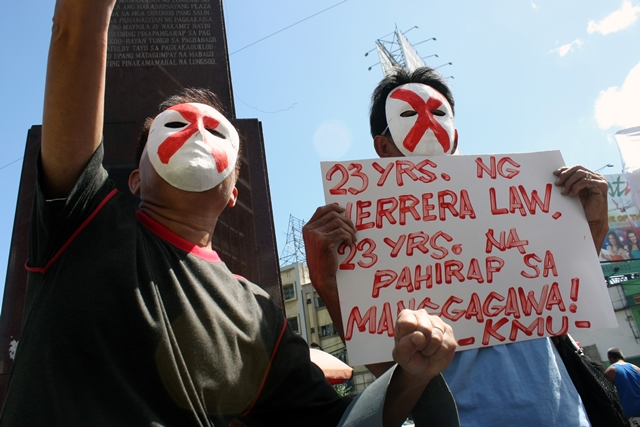 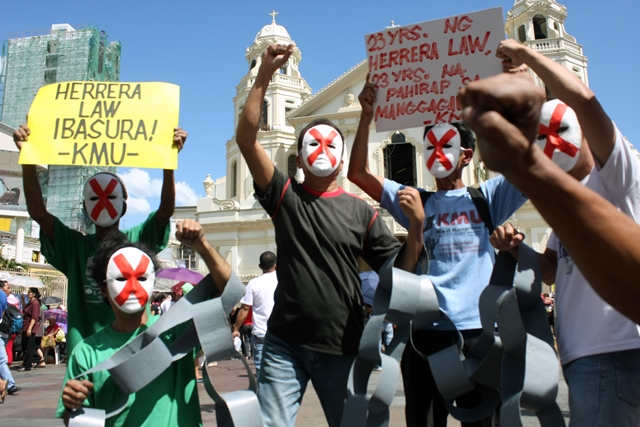 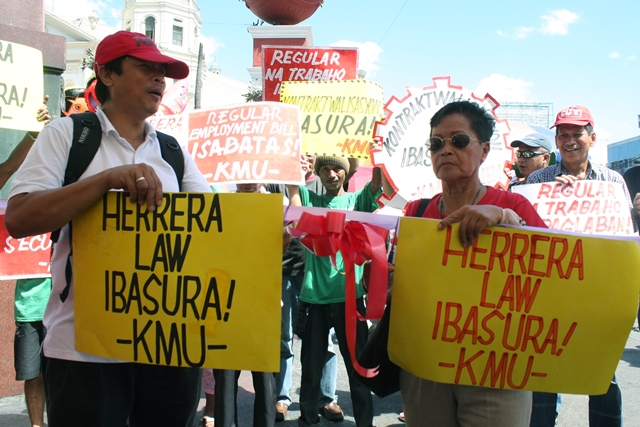 Workers led by labor center Kilusang Mayo Uno (KMU) wore masks to protest the Herrera Law, which marked its 23rd year today. The workers said the law pressed down wages, promoted contractualization and attacked workers rights. They called on the people to support the fight for the junking of the law.

Women workers of the Kilusang Mayo Uno also launched a photo exhibit titled “Celebrating The Struggle Of Women Workers” at Plaza Miranda, Manila.The exhibit, showcased photos from the Philippines and abroad as part of KMU-Women’s preparation for this year’s International Women’s Day march on March 8 against US bases and oil overpricing.

Text and photos by JHUN DANTES