You Are Here: Home → 2012 → April → 27 → Children of Silverio compound, traumatized but determined to defend their homes

Children of Silverio compound, traumatized but determined to defend their homes

Children are not deaf and blind to ignore what was happening.

MANILA – Angelo Garcia, 16, could not forget that day. At around 10 a.m. of April 23, he had joined the human barricade to defend their homes in Silverio compound, Parañaque.

“The police fired six warning shots then we stopped throwing stones. Later, the SWAT approached us, we restarted throwing stones and then we heard four more gun shots. I saw someone was hit in the chest. Another shot was fired. I noticed I was wounded while I was running toward the compound,” Garcia recalled in Filipino.

Garcia sustained two wounds in his leg due to shrapnel.

Despite what happened, the teenager was not deterred. “I will fight for this land because this is where I grew up,” he said. “I have many good memories and friends here.”

Garcia was one of the minors injured in Monday’s demolition. According to Kalipunan ng Damayang Mahihirap-National Capital Region’s (Kadamay-NCR) secretary general Lea Valencia, the total number of injured is yet to be determined because the documentation is still ongoing. Eight minors were among the 33 arrested and as of April 24, Valencia said four have been released by the police. 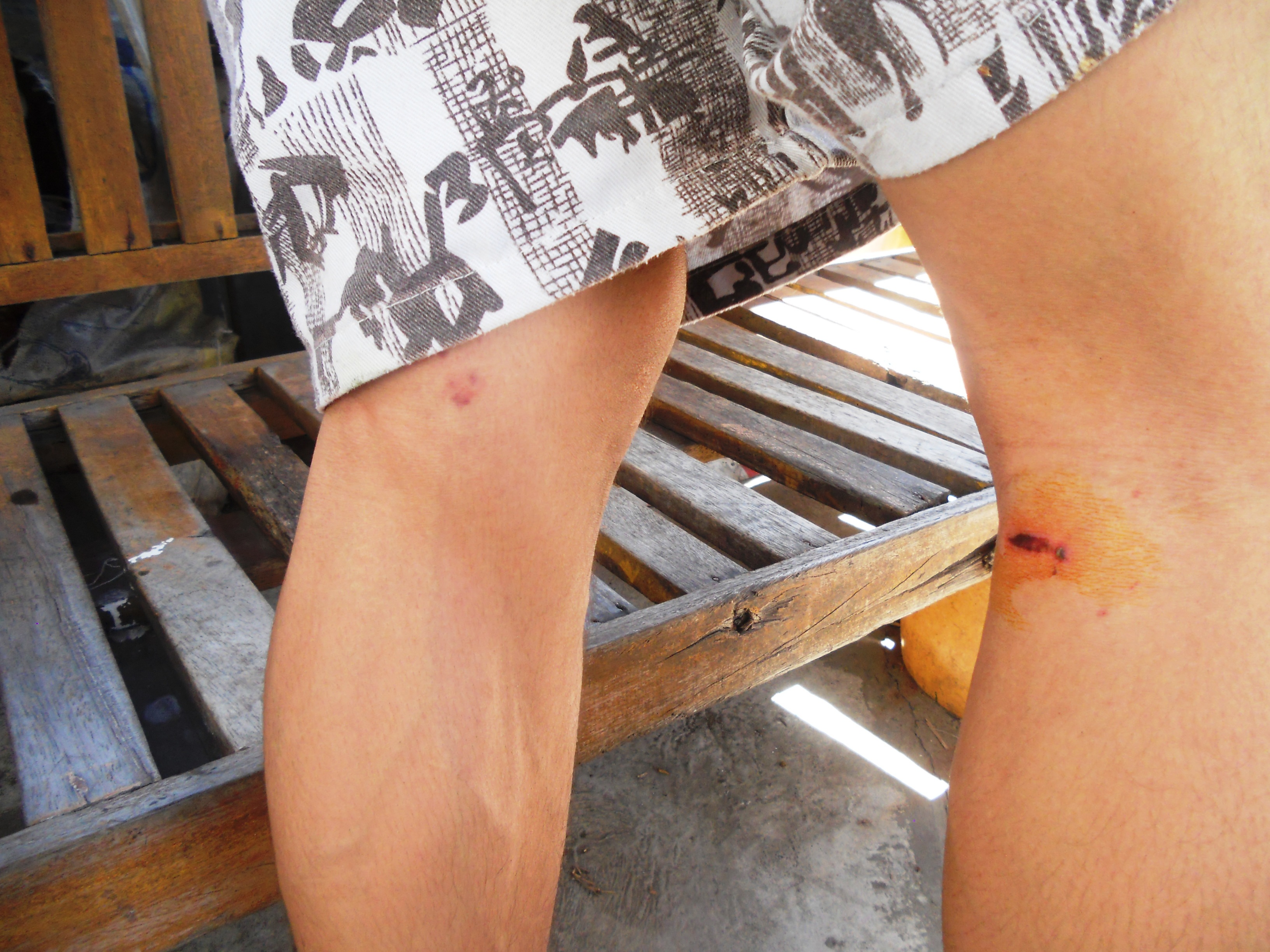 “I will fight for this land because this is where I grew up,” said Angelo Garcia, 16. He was one of the several injured in the violent demolition in Silverio Compound last April 23. (Photo by Anne Marxze D. Umil / Bulatlat.com)

Before the chaos began, most of the children had been brought inside the covered court of the Silverio compound. Thara Rayon, 16, was one of those who took the children to safety.

“We did some storytelling and games to get their minds off what’s happening outside the compound,” Rayon said. Babies carried by their mothers, children aged one to six years old, and pregnant women, stayed inside the court.

But things got out of hand, she recalled. People started running toward the compound and the children began to cry. “They felt that something is happening outside and some of them started asking where their mother or their father was,” Rayon said.

Children cried even harder when they saw injured people being rushed inside the court. “When the riot began, injured residents were brought into the covered court because the village outpost was already crammed full. The children saw the victims and they cried.”

“We told them to face the wall and close their eyes so that they will not see what was going on,” Jageline Dela Cruz of Akap-Bata Party-list said. But children are not deaf and blind to ignore what was happening.

Injured residents were treated in the covered court since the health center in Purok 4 of Silverio Compound was closed at the time. Rayon’s cousin, a newly graduate and registered nurse, attended to the wounded residents. 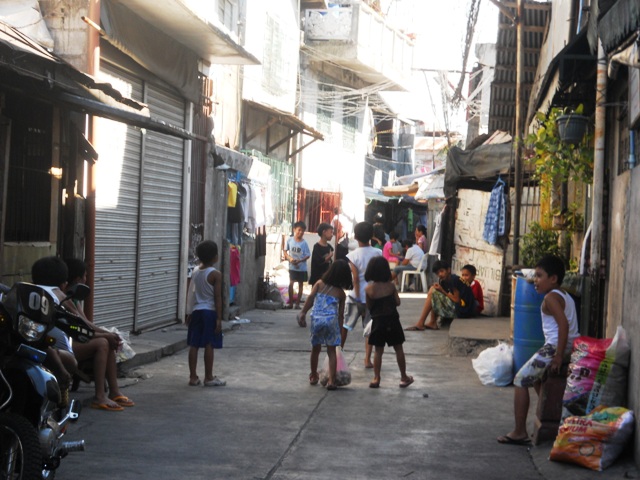 Children’s life like their parents are now back to normal after the violent demolition last April 23. (Photo by Anne Marxze D. Umil / Bulatlat.com)

“It’s as if they (the health center staff) knew something would happen and they would not attend to it, they did not open the health center that day. A drug store near the court lent the injured residents gauzes, plasters and antiseptic to cure the wounded.

In a statement, the Children’s Rehabilitation Center (CRC) condemned the violent demolition that victimized a number of minors.

“We condemned the violent demolition in Silverio Compound where many of the injured are minors. It only proves that we cannot expect anything in this government whose supposed duty is protect its citizen especially the children,” said Jacqueline Ruiz, executive director of CRC.

The children were traumatized as result of the violent demolition perpetuated by men in uniform such as the police who, ironically, should have been protecting the people, Ruiz added. “It is only right that these young people in Silverio Compound would attend to the children’s safety. But because the demolition had been violent, and the children witnessed their neighbors, grandparents, uncles, aunties or anyone they knew harmed or injured – that was enough to cause trauma.”

Instead of demolishing houses to give way to President Benigno “Noynoy” Aquino’s Public-Private Partnership projects, Ruiz said the government should prioritize housing projects for poor families.”

Like Garcia, Rayon said she too would defend their land where her home has stood for 32 years. “I will also fight for our right here not only for myself but also for the other residents.”

Garcia said he does not believe what the Parañaque City Mayor Florencio Bernabe had told the local government, that they will demolish only the market in front of the compound. He added that if there is another threat of demolition, he would still join the adults in barricading their community against the demolition team.

“These children will definitely join their parents in defending their homes because this is where they grew up. This is where they have established their lives,” Rayon’s mother, Elizabeth, said.