You Are Here: Home → 2012 → May → 21 → Solidarity mission for victims of military abuses in Agusan del Sur held

Residents said their communities were targeted to clear them in preparation for large-scale mining operations by Oz Metal Corporation and Monkayo Consolidated Mining Corporation (MCMC).

MANILA — The Exodus for Justice and Peace (EJP) based in Davao has launched a solidarity mission dubbed “Duyog sa Panaw” in Trento Agusan del Sur to help residents decrying the continued military operations in their communities. Based on latest reports, there are currently more than 300 troops under the 10th Infantry Division Eastern Mindanao Command in Trento under the command of Lt. Gen. Jorge V. Segovia.

“As rights advocates, it is our duty to come to the defense of the lumads and farmers who bear the burden of the cyclical violence resulting from the militarist path that the government continues to trudge,” the bishop said.

Villasanta said it is impossible for the residents to recover from the trauma caused by the aerial bombardments because military forces continue to occupy their communities. 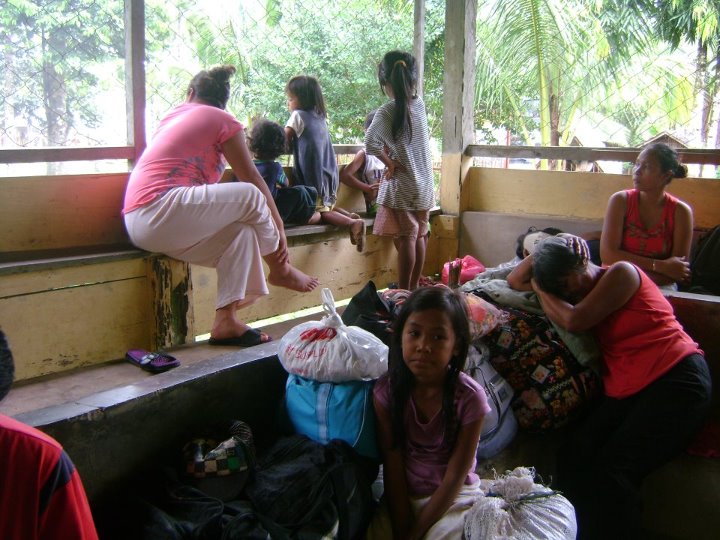 “If barangay halls are used as detachments and the rest of the sitio is crawling with armed military men, how can normalcy return? Civilian supremacy is being severely undermined as the military continues to harass people and treat them as suspects. Many are being accused of being either sympathizers or members of the New Peoples Army when in truth they are ordinary farmers,” he said.

Villasants said all human rights institutions support the call for the pull out of the 25th IB – 10th ID from Agusan del Sur.

Violations against women and minors

In their report, the EJP said many human rights violations have been committed against the residents, including women and children.

Mary Ann Sapar, Gabriela secretary general in the region said they spoke with two women evacuees who were particularly traumatized. One had just given birth while the other is pregnant. Both have suffered from severe bleeding from the physical and psychological tension caused by their experience during the aerial bombings.

Aside from suffering from deteriorating health, many women were also forced to go into prostitution as a means of emergency livelihood.

“Women were forced to sell themselves to members of the military or coerced into being agents for counter-intersurgency intelligence operations. Many women were left to single-handedly take care of their children and their families’ economic needs because their husbands or partners were tagged as rebels or supporters and arrested or taken in for questioning,” she said.

The Karapatan -Southern Mindanao also released a report saying that some 83 families or nearly 400 individuals mostly indigenous peasants have also been forced to evacuate because of the aerial bombings.. 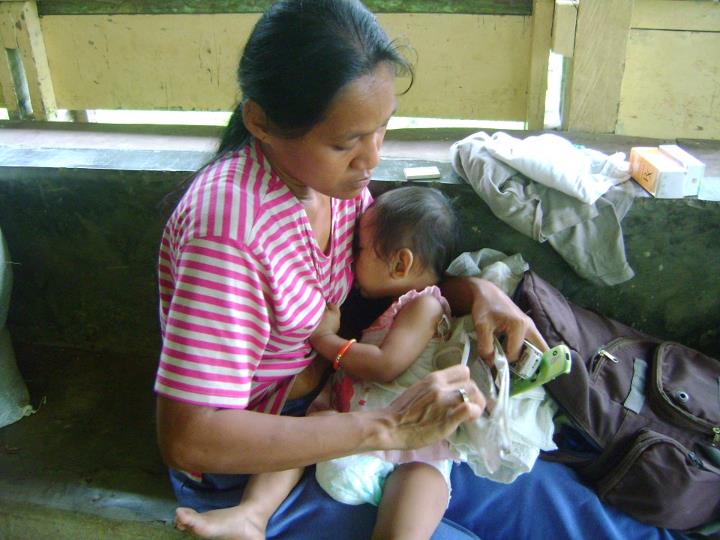 According to Karapatan SMR spokesman Rev. Jurie Jaime, communities in the boundary of the mining – targeted towns of Monkayo and Trento live in fear that there will be more aerial bombing operations. He said the mining operations in the boundary of two towns is partly-owned by Mayor Junjun Brillantes (Monkayo, ComVal Province) and financed by Yinyi , Taiwanese mineral exploration.

On May 8 , Karapatan dispatched a team to the communities to help the affected residents.

“Even in the evacuation center, military men in civilian clothes led by Col. Benavides of the 75th IB, accompanying the Department of Social Welfare and Development (DSWD) in the distribution of relief goods, posed threats on the evacuees,” said Jaime. Evacuees also complained that 25th IB elements ransacked their stores and slaughtered their livestock.

In a separate interview, Jaime said that among the victims is Jessie, a 16-year old boy who was wounded on his left thigh during the military operations. Military officials of 4th ID reportedly paraded the wounded minor and announced that he was an NPA child warrior.
The Karapatan-SMR already released a report stating that the boy was wounded during the bombings when he left his house in the morning of May 7 in Sitio Upper New Visayas to gather firewood. He was also instructed by his father to gather some wood to strengthen their makeshift hut. Moments after entering the forested area, the bombs fell and soldiers began to fire their weapons without caring who would be hit.

According to the boy’s father Melchor Malimbasao, 54, the rest of their family had to immediately leave when the bombs began falling. He related that he hoped that his son was able to save himself and that they would find him at the evacuation site. All that day, however, the boy did not surface and could not be found.

“On the evening of May 8, I was so surprised when my son arrived at the evacuation site but his left thigh was already wounded. But before I could reach him so that we can send him to the nearest hospital, the military men seized him and accused my son of being a NPA member,” he said.

“They arrested my son and took him to the headquarters of 4th ID in Cagayan de Oro City. We demand that the military releases my son because he needs to be treated in a civilian hospital,” he said.

Karapatan-SMR’s Kaime said they are greatly alarmed by the plight of those who are within the hamletted area of Upper New Visayas.

“The military should vacate the civilian communities to allow the residents, especially the women and children, to recover from the trauma. The 10th ID and 4th ID are culpable for violating international humanitarian law for using civilian communities as launching pads of their war and endangering civilian lives,” he said. “Segovia has only been Eastern Mindanao Command chief for barely a month, but he has already proven that his leadership is classic-military: he has ordered full-scale attacks on rural communities in complete disregard for civilian lives and human rights laws and all in the name of corporate benefit.”