Even as the reclamation of Manila Bay has been identified as a culprit in the rapid decimation of bird population in the coastal lagoon – from a peak of 28,000 in early 70s down to 5,000 today – as well as in the reduction of daily fish catch by fisherfolk from a high average of 15 kilos to just one to three kilos a day, the Aquino administration is still pursuing 108 reclamation projects covering 38,000-hectares. Majority of these are in Manila Bay. 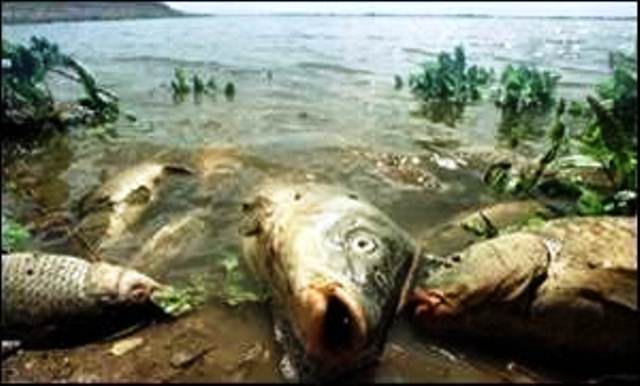 Expanding the coastline for real estate development “has adverse effects on marine and coastal ecosystems and coastal communities,” Kalikasan Partylist said in a study. Aside from the fact that Aquino’s planned reclamation would deny thousands of families their livelihood and a place to live, reclamation is also reported to contribute to increasing rise in sea level, which, given climate change, could submerge other villages in nearby towns.

Green groups also decried how the Chinese poachers’ environmental crime of plundering protected marine species had “tactically served as the Aquino government’s justification for increased US military intervention in the Philippines.”

The more frequent arrival and “military exercises” in the Philippines of US military troops pose dangers not only to the lives of average Filipinos who get run over by US ships or vehicles or accidentally shot at. Their presence in the seas and mountains also “poses a threat to biodiversity and natural resources hotspots,” Bautista said.

The group quoted the complaint aired by the Visiting Forces Agreement Commission itself, when US military ships discharged fuel, sewage and other wastes into the sea. Live fire exercises as the one held near Palawan this year can destroy reefs and other marine ecosystems, Kalikasan Partylist warned.

On top of these, the Filipinos are more and more vulnerable to climate change and disasters as the usual protection such as forest cover and mangroves continue to be denuded. Despite Aquino’s National Greening Program and Executive Order imposing logging ban in old growth and residual forests, only 23-percent of Philippine forests are marked for protection and conservation, while 75-percent continue to be utilized for production, according to Kalikasan Partylist. As such, despite the seeming log ban, large commercial logging continues. 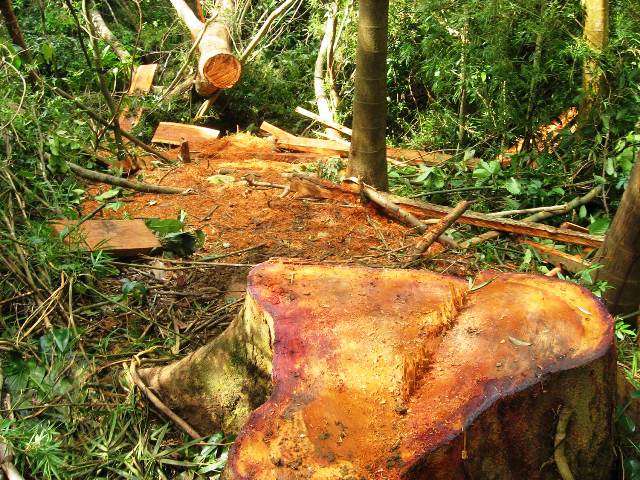 But as some Filipinos take on the task of protecting the environment, they themselves become targets of political persecution and state-sanctioned violence. Kalikasan Partylist reported that environmental activists including anti-mining advocates, botanists, priests are being murdered, abducted, tortured and harassed under the Aquino administration.

Half of the 18 environmentalists who were victims of extrajudicial killings came from Mindanao, which, Bautista of Kalikasan Partylist noted, is “famous as the most mineral-rich region in the Philippines.” It is why its communities, Bautista said, are intensely militarized by Investment Defense Forces (IDF) and paramilitary Special CAFGU Active Auxiliary units.

“It is high time to call a spade a spade: the Aquino government has demonstrated that it can no longer meet even the minimum demands of the Filipino people for environmental protection and the wise utilization of natural resources towards people-oriented development and industrialization,” said Bautista of Kalikasan Partylist. 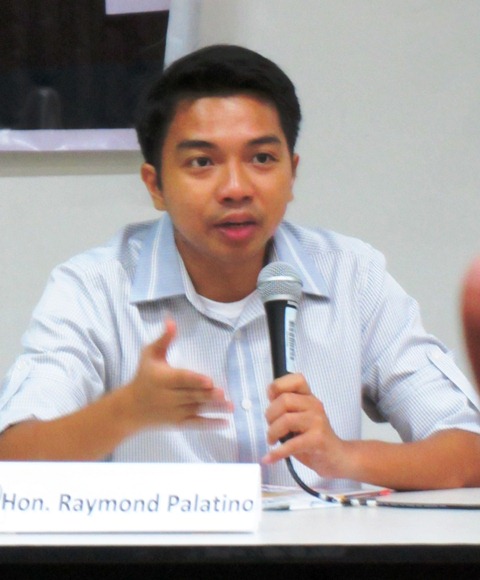 Kabataan Partylist Rep. Raymond Palatino at the Kalikasan Partylist forum on the state of the Philippine environment (Photo by Marya Salamat / bulatlat.com)

He urged the public to “unite to intensify calls for the Aquino administration’s accountability in the various environmental crimes infracted upon the people.”

“Aquino’s ‘righteous path’ is a dead-end,”quipped Palatino. He said Aquino should have immediately executed a U-turn away from Arroyo’s discredited policies when he assumed the presidency, but instead, Aquino has accelerated on it.

Today, being “green” is regarded as cool, but more than the popular ‘reduce-reuse-recycle’ contribution to the environment, the public especially the youth are urged to take part in policy advocacy. For example, Palatino urged the youth to campaign for the passage of the Peoples Mining Bill, instead of the current mining liberalization.

Palatino also pointed to an example of mining companies’ “extensive greenwashing” especially among the youths, as he showed a brochure that extols “responsible mining” and says things that could have been mistaken for the usual messages of Kalikasan Partylist.

“It’s just like in the 50s,” Palatino said, when logging companies promised jobs and wealth to communities. The Philippines has been nearly deforested now, but these communities remain poor, and worse off, because they now fall prey to landslide, killer floods, or drought.Palatino urged the youth to help counter the mining companies’ “extensive greenwashing.”

“Don’t underestimate community organizations and movements,” Palatino also said, citing the example of the people of Romblon who massed up against incoming mining operations in their island, and thus prevented it. He urged the public to join such community movements to protect the environment and to pressure the political leaders to listen.