You Are Here: Home → 2012 → August → 23 → ‘Scourges’ such as mining, military aggression slammed at Int’l Day of Indigenous Peoples

‘Scourges’ such as mining, military aggression slammed at Int’l Day of Indigenous Peoples 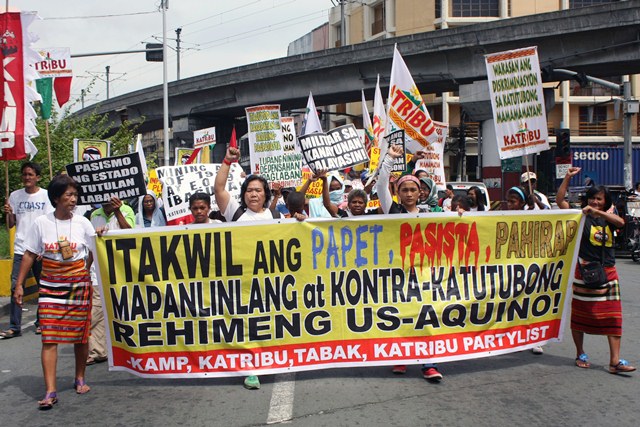 MANILA — In commemoration of the International Day of Indigenous People, more than a hundred indigenous people from various tribes in Southern Tagalog and Central Luzon protested against the Mining Act of 1995 and Aquino’s Executive Order 79 at Mendiola Wednesday.

The indigenous people threw javelins at a 6-ft. tall back hoe/military tank effigy being driven by President Benigno “Noynoy” Aquino III. The effigy, they said, shows the true nature of president’s policies as far as the indigenous peoples of this country are concerned. Based on the experiences shared by members and leaders of various tribes, Aquino has been unleashing into their tribes the twin, interacting “scourges” of large-scale mining and militarization. 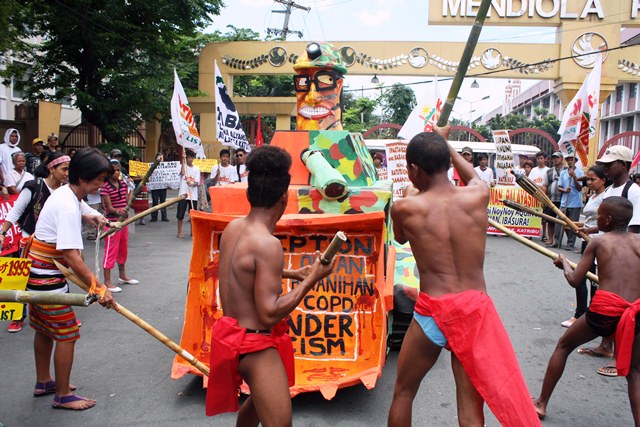 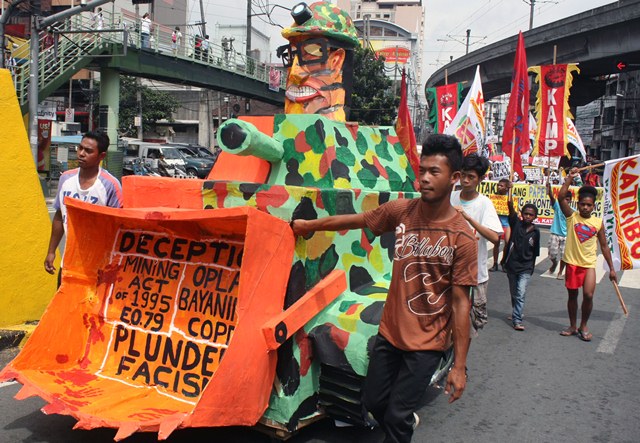 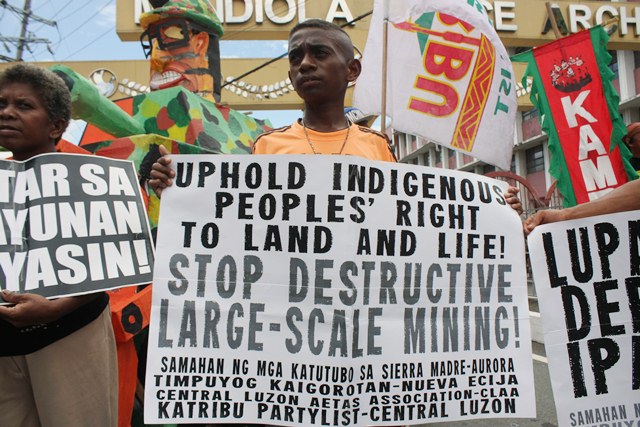 Aside from mining and militarization, the indigenous peoples’ groups also bared the inherent aggression being brought to their tribes by some of Aquino’s biggest projects under his Public-Private Partnership Program. Delos Santos of Balatik warned against the construction, for example, of the Laiban Dam in Rizal.

“Laiban Dam will displace us from our ancestral domain. It will submerge seven barangays in Rizal and Quezon, which are all communities of the Dumagat people. If this destructive dam pushes through, delos Santos warned that they will declare a war against Aquino.